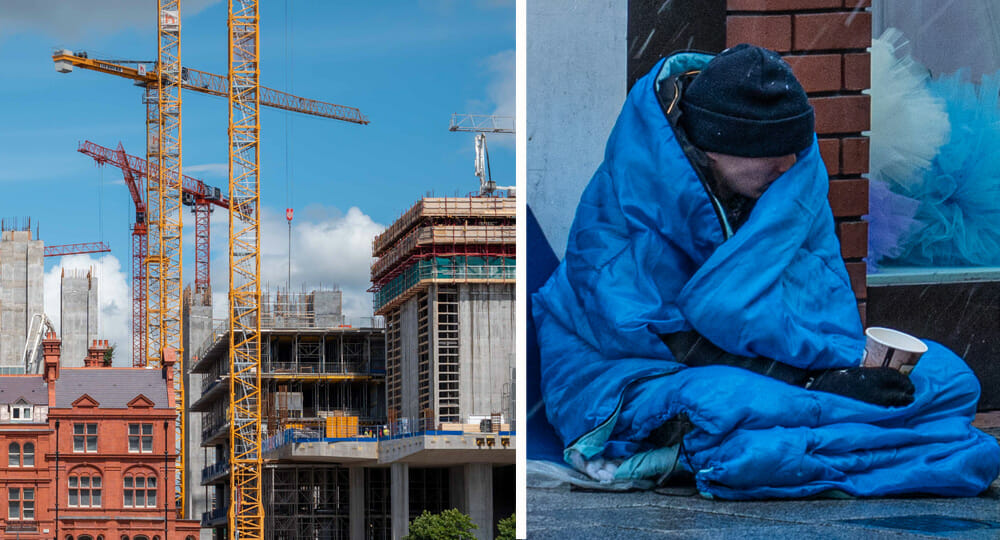 One of the questions arising from our look at the role of  cuckoo funds in the Irish property market  is whether it is possible for states to curb their power and influence.

Are there any countries which have been able to prevent international funds gaining a major foothold within their domestic housing market and pricing ordinary families out of the market by buying up whole developments and a large proportion of new homes?

South Korea is sometimes cited as an example of a rapidly growing state with a large population which has successfully managed to provide housing for all of its citizens. Greater Seoul has a population of 25 million, although it should also be noted that the country is now facing a serious demographic crisis.

South Korea did once have a significant housing shortage but that was solved through the state providing land with the emphasis on public funding through the National Housing Fund and subsidies and incentives rather than simply leaving the problem to be solved by the market.

Housing for low income families was initially provided by building 250,000 publicly rented units and in 2000 a programme was begun to supply a further million units with low income families provided with financial assistance through what is now known as the Land and Housing Corporation. This body has been responsible for 80% of land development and 15% of house builds in the country.

The key factor is that it is the state which provides the land to private developers who are still responsible for the bulk of construction and who do well, but there is theoretically no room for private speculation in land.

South Korea is a private sector driven economy but governments have ensured that the massive industrial expansion had a planning component that insisted that economic growth was not accompanied by the sort of unsustainable pressures on housing and other services common in other Asian countries.

The country has sought to resist the incursion of the investment funds and while more successful than most of the main economies of the Pacific Rim it has not been totally immune from the rapid growth of cuckoo funds. According to a 2019 PWC report, Emerging Trends in Real Estate, 17% of property investors are now from outside the state.

Other countries have at various times either attempted or proposed to attempt to curb the influence of the investment funds. In 2014, the British conservative think tank Civitas highlighted the growing problem they saw with funds having same sort of impact in Britain as they now in this country. It recommended that restrictions be placed on the buying up of existing housing and new developments and that Britain follow the example of Australia.

Australia had introduced legislation which prevented sales to overseas investment funds unless the investors could prove that they were adding to the existing housing stock rather than simply buying up existing or planned developments and selling them on or renting them at a premium. That would appear to be a sensible approach, but how has it worked in practice?

While the Australian state remains theoretically committed to the restrictions, they appear to have been largely by passed and the international funds now account for 40% of transactions in prime assets according to PWC. The PWC report baldly states that funds imply ignore or find ways to by pass regulations on affordable housing and rent. As in this country what they mostly do is buy up existing housing or new developments and that leads to increased property prices and rents.

In any event it is difficult to determine the exact status of a property company. For example, the Irish Residential Properties Real Estate Investment Trust – Ires Reit – has all the appearances of being a domestic company. All of its directors are living here and it is listed on the Dublin Stock Exchange. It is, in fact, controlled by a Canadian fund Capreit, the scale of whose operation is indication by the fact that it owns over 30,000 units in Canada itself.

Ires Reit earned €62 million in rents here in 2019 (Irish Times, February 21) and continues to snap up existing properties, but it has also bought land sites and is now planning to hire construction companies to build on that land.

The PWC report shows that even a country like Japan which has been jealous of its sovereignty and suspicious of threats to its demographic homogeneity as evidenced by its highly restrictive immigration policy, is now actively encouraging the investment funds to buy up housing there. A rapidly growing proportion of property investment in the six major Pacific Rim countries is now owned by investment funds.

China, which is currently restricting overseas investment by its own corporations, is encouraging investment in its domestic housing sector by the international funds which now account for over 25% of the market.

In Vietnam where the exponential growth of Ho Chi Minh city requires a staggering 400,000 new housing units every year, funds are also playing an increasing role in the market. As in other countries this had contributed to pricing people out of the market – the opposite, no doubt, of what the planners wanted. A house in Ho Chi Minh City now costs $80,000.

The social impact of all of this is massive. At least PWC has the honesty to place inverted commas around the term “affordable housing” which is one of the main targets of the funds. The report in places paints a grim picture of the future. For example, it refers to the fact that the funds are actively promoting the concept of co-living, which curiously was one of the balloons floated a year or two back by our own housing minister Eoghan Murphy.

One investor interviewed for the report stated that: “For singles the co-living concept is going to be the norm going forward.” Well, they won’t have a choice it would seem.

Another plan is to encourage “Multi family” units. Dublin was once famous for such charming residences. They were known as tenements. The Chinese communists, not surprisingly, have been an enthusiastic promoter of this concept and have allowed the cuckoo funds to acquire 500,000 of these.

So it would seem that Ireland is not alone either in experiencing the impact of the investment funds, nor in the seeming encouragement which they receive from the state. Nor is Ireland the only state to delude itself that current policies or indeed the policies of any likely alternative will solve the problem.

As we pointed out in the first piece, the level of construction here is falling way short of the target needed if the planned increase in population under Project 2040 is to be adequately accommodated.  A Central Bank report concluded that we need to build 35,000 new homes every year. In 2019 new builds amounted to just 21,000. And the Central Bank figure is the bare minimum required.

Having one’s own place to live, and especially a family home, has long been a cherished objective for people. It is one of the defining features of a civilized ordered society. It would appear that across the globe such a concept is under grave threat, and may very well not survive the current headless chicken approach to economic growth and demographic change.