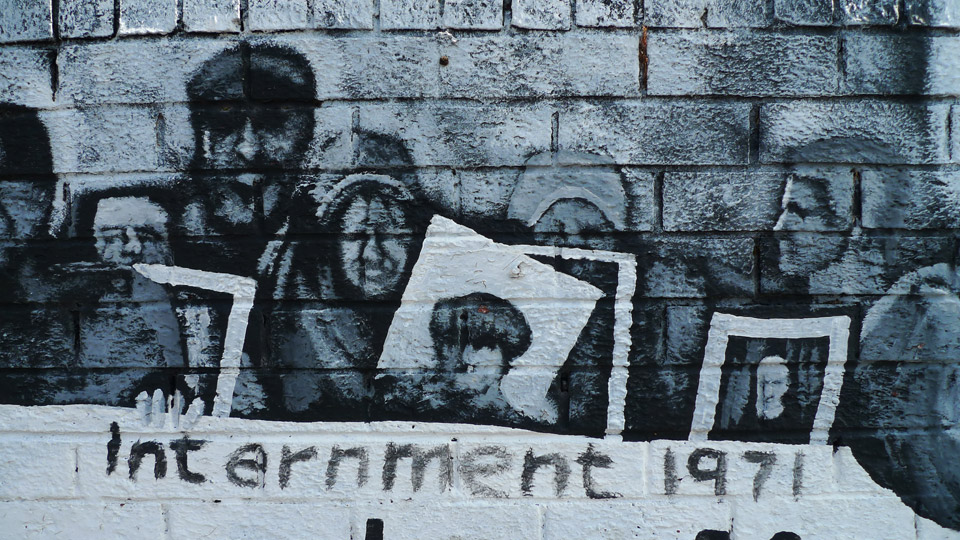 1971 was a key year in the struggle by the Catholic nationalist population of the North of Ireland for democratic rights.

A moderate campaign for basic democratic provisions had begun in the early 1960s and grew to be a mass movement led by the Northern Ireland Civil Rights Association (founded in 1967). It had provoked a violent reaction from some elements within the Unionist-controlled state and its armed police and militia, in alliance with loyalist thugs.

The republican movement had split over a year earlier as the contradictions of a Communist influenced strategy of recognising Partition led to a split. Out of that emerged the Provisional Irish Republican Army, committed to the armed defence of Catholic communities and a military campaign against the British state..

The burning out of Catholic families in Belfast and the defence of Short Strand and St. Matthews Church by IRA Volunteers led by the late Billy McKee boosted the Provos both within the northern Catholic community and throughout the country. In the face of this, British army and intelligence were determined to take on and destroy the IRA.

Internment was to be the first gambit in that offensive and was introduced over the days of August 9 and 10, 1971. The targets were selected from RUC Special Branch files and in a significant number of cases were either inactive republicans or completely innocent.

Special Branch definitions of “subversive” was also pretty liberal. “Catholic” in fact, and literally so as all but two of the 342 people lifted at first were of Catholic background, the two exceptions being a Protestant republican and a member of the student based Peoples Democracy,

The house raids were accompanied by considerable brutality and wanton destruction of homes. 24 people, 17 of them victims of the British army, were killed during the fighting that ensued over the two days of the raids.

The most sinister aspect of Operation Demetrius was the treatment of the detainees. While resistance and brutal violence was a feature of most arrests, there was a also a targeted torture programme for which 14 of the men were selected. These became known as “the hooded men.”

The torture took place at Shackleton Barracks, Ballykelly and initially involved 12 of the men who were subjected to the “five techniques” of prolonged standing against walls, white noise, hooding, sleep deprivation, and denial of food and water. They were also badly beaten. These were similar to methods used in British operations in Cyprus and Aden, and the later use of water boarding and electric shocks were not unlike the methods deployed by the French in Algeria.

The brutality was highlighted by John McGuffin in The Guinea Pigs, and by Fathers Raymond Murray and Denis Faul in The Hooded Men. Like other victims of torture, they have suffered prolonged symptoms of depression, anxiety, social isolation and health problems. Five of the 14 are now dead. PJ McClean of Beragh, County Tyrone passed away in August. The fact that he was a teacher and a civil rights activist illustrates for many that internment and torture were targeted at the heart of the northern Catholic community. It had nothing to do with tackling “terrorism.” Indeed as McGuffin’s 1974 book implies, it was a part of a broader British army intelligence programme to finesse its torture techniques.

In 1976 the Irish government took a case to the European Court of Human rights but it ruled that while the techniques were “inhuman and degrading” they did not constitute torture. The men and their families have never given up, and this week marked a seminal moment in their campaign when the Court of Appeal in Belfast rejected a PSNI attempt to prevent an investigation into the cases. Crucially, Lord Justice Morgan ruled that the techniques could indeed “properly be characterised as torture.”

Nor did the Historical Enquiries commission emerge covered in glory. Its investigation was described by Morgan as “irrational.” Which is significant given the number of former members of paramilitary groups who have been arrested over events which took place close enough to the time of the Ballykelly torture.

So while the “hooded men” have been vindicated, it provides another cause to reflect upon the British reaction to the conflict which began 50 years ago.

RCSI’s Professor of Ethics David Smith will interview the survivors of these techniques, known as “The Hooded Men” on Wednesday 25.9.19 at 6:30pm in the Albert Theatre Royal College of Surgeons Ireland.

Matt Treacy is a writer living and working in Dublin