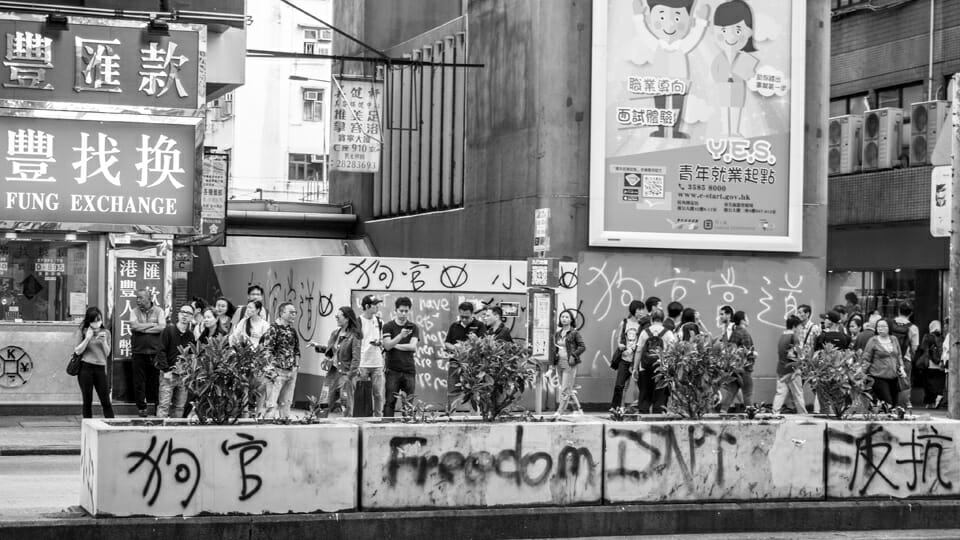 Police in Hong Kong have confirmed that nearly 200 people in the region have been arrested less than 24 hours after the new National Security Law was imposed on Hong Kong by China. The law, which aims to clamp down on the protests that have been occurring in the city over the last year, was brought into force yesterday.

The police say that those arrested have been arrested for participating in unauthorised assemblies, disorderly conduct, possession of offensive weapons, or for displaying materials that “promote secession or undermine national unification.”

Three females were arrested respectively for showing materials with #HKIndependence slogans in #CausewayBay, violating #NSL. Anyone who organises, plans, commits or participates in committing secession or undermining national unification shall be guilty of an offence. pic.twitter.com/SB3vYQyiha

Within hours of the first arrests the police were reporting that 180 people had been arrested following protests against the new National Security Law.

When Hong Kong was handed over to China by the UK in 1997, it was agreed as part of that handover that Hong Kong would be given the right to continue managing its legal system as it saw fit, the “one country, two systems” principle.

Due to that principle Hong Kong has had an independent judiciary that is substantially fairer and more open than that of mainland China, where political interference in the courts is endemic. This new law gives the Chinese Communist Party [CCP] the ability to directly intervene in Hong Kong’s legal system and gives officials the power to appoint judges to hear cases brought forward under certain provisions of the new law, a move which critics say is in direct breach of China’s treaty obligations and shows China’s lack of regard for their international obligations.

Trump may seek “very substantial” damages from China on Covid-19