The Health and Safety Authority was not consulted in relation to new guidelines issued to schools regarding the construction of shared bathrooms for boys and girls in schools.

New construction and refurbishment guidelines from the Department of Education caused a furore by indicating that toilet facilities could be shared if they included self-contained cubicles – with communal sinks for all pupils.

The guide said that schools “must adapt to modern changing needs” and the illustrations showed a preference for boys and girls accessing the shared bathroom. While schools, at this point, can still make the final call on the issue, the concept of male or female only bathrooms is no longer included in the specifications from the Department.

Now a Freedom of Information request has  revealed that no correspondence exists between the Department of Education and the Health and Safety Authority in regard to  mixed-sex toilets in schools.

In addition, there was no correspondence between the Department of Children and the HSA on the issue, the FOI revealed. 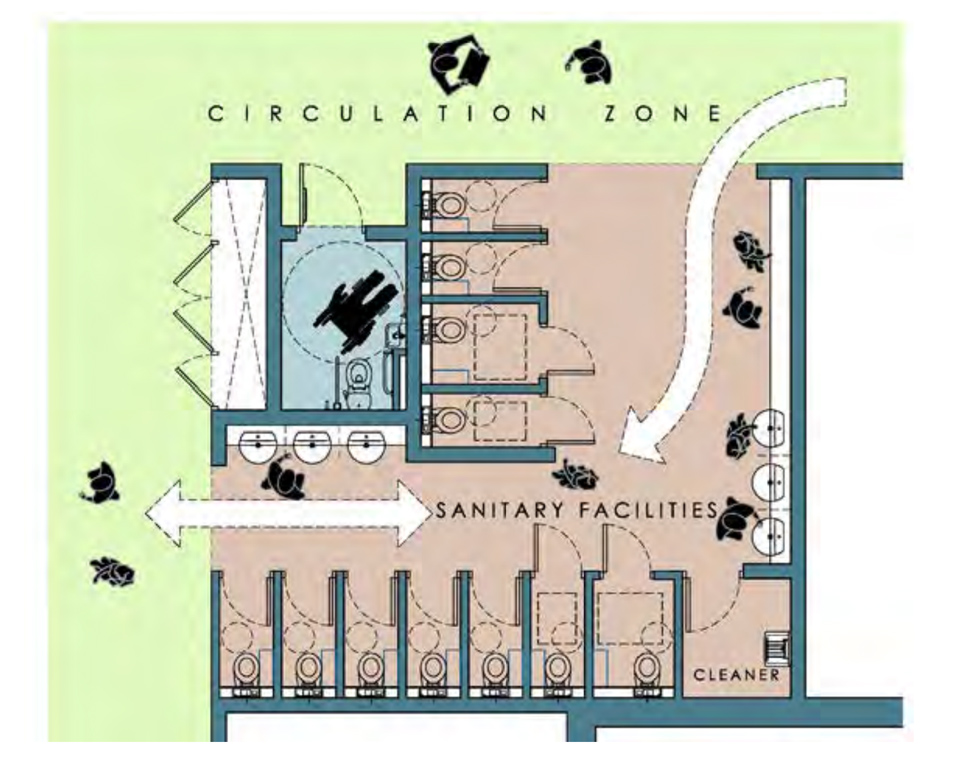 Serious concerns regarding privacy and vulnerability  of female students in particular have been raised in regard to the Department’s guide, which campaigners say will be tied to funding.

Campaign group, The Countess Didn’t Fight for This, say evidence from other countries shows the moves will leave many young girls too afraid or ashamed to use the facilities.

“Research from the UK shows that the growing trend for mixed-sex toilets has left girls feeling unsafe and is putting their health at risk. Some girls are even missing school rather than face “period shaming” from boys. Many girls run the risk of infections because they’d rather deal with a full bladder than use the toilets. Others have simply stopped drinking liquids at school, which can lead to dehydration,” they said.

“The government is railroading mixed-sex toilets in after no consultation with parents and without carrying out the necessary impact assessment into the risks for young girls.”

“We are calling on the government to uphold the rights and protections of girls under this exemption.”

“The government’s new toilet provision policy is all the more confounding when one considers that the United Nations – of which Ireland is a member – campaigns for the provision of single-sex toilets in the developing world, on the grounds that a lack of segregated facilities is a major obstacle to girls attending school due to concerns over privacy and safety.”