Has Covid abolished the hand-shake? If so, what’s left? 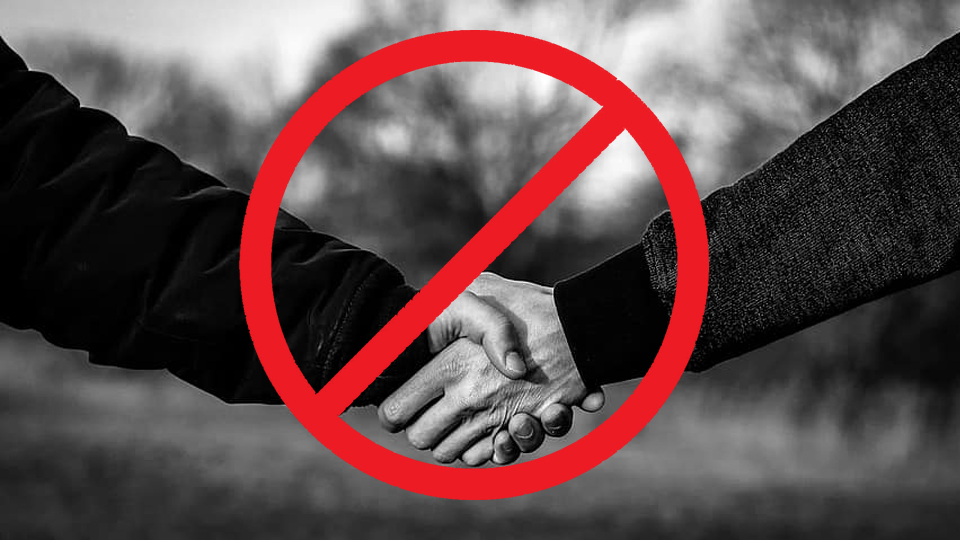 At the very beginning of the Covid 19 panic, Anthony Fauci, the chief scientist in the American anti virus programme, speculated that Americans might never shake hands with one another again.

It is not yet illegal to shake hands but it is certainly frowned upon. Which might be regarded as a victory by the person who several years ago described the custom as “easily one of the most demeaning patriarchal tools that exist.”

Others, with perhaps too much time on their hands, regard it as a sinister means to assert one’s power over another with a strongly pressurised grip. Or perhaps even as a means to gauge the muscularity of the object of the gesture prior to deciding whether or not to beat them to a pulp.

The accepted back story of the hand shake seems to be that it was something which ancient Greeks did in order to show the other person that they were not carrying a sword, or at least not one that was primed to chop their head off. While the aristocratic bow from the waist was favoured by the Founding Fathers of the American Republic, it is thought that the Quakers example of shaking hands as a sign that the two parties concerned were of an equal standing before God was adopted instead as a fitting greeting for all Americans.

The Greek custom of the handshake as a sign of peace has been adopted as part of the Catholic Mass. I have to say that I have always regarded it as a somewhat awkward moment. Fair enough, shaking hands with the persons either side of you is grand. However, making the same gesture to those in front and behind is a bit too much for old curmudgeons such as myself. Especially when the person behind you decides to poke you in the back in order to smilingly offer you their paw.  As a general rule such public displays of affection ought to be confined to Hill 16 on the occasion of goals and famous victories. Or maybe for your dog.

Speaking of dogs, there is a theory among anthropologists that shaking hands is the human equivalent of our furry chums sniffing one another’s bottoms. (Try that at the 40 bus stop and see where it gets you.) This is based on observational evidence that many people smell their hands after exchanging hand shakes.

National Geographic magazine way back during the early days of the Time of the Virus, in March, thought that any restriction on shaking hands would be impossible to enforce. It would seem that they were wrong and I recently witnessed one person recoil when confronted with an outstretched extremity.

It has disappeared as a social practise although perhaps tellingly it is not uncommon to see players at the end of televised GAA games forgetting themselves and engaging in the traditional but now seemingly anti-social habit.

The French prefer la bise, the quick peck on the cheek as a greeting. Like the handshake it became prevalent after the French Revolution as a token of mutual egalitarian respect. La bise had been common centuries earlier but had apparently died out during the Black Death for the obvious reason that it was seen as a means of transmitting the plague virus.

Covid 19 is not on the same scale but it too has radically altered in a very short space of time the manner, and indeed the manners, of human interaction. The French according to several surveys seem to believe that la bise like the handshake is at the very least temporarily gone. Perhaps for ever if we are to accept the pessimistic prognostications of Dr. Fauci and others.

In the meantime we have the elbow bump. Eh no. Elbow contact ought to be strictly reserved for nippy corner forwards. Personally, I would prefer the nod which was liked by the deaf Aged Parent in Dickens’ Great Expectations. Especially suited for the citizens of the Land of Nod.