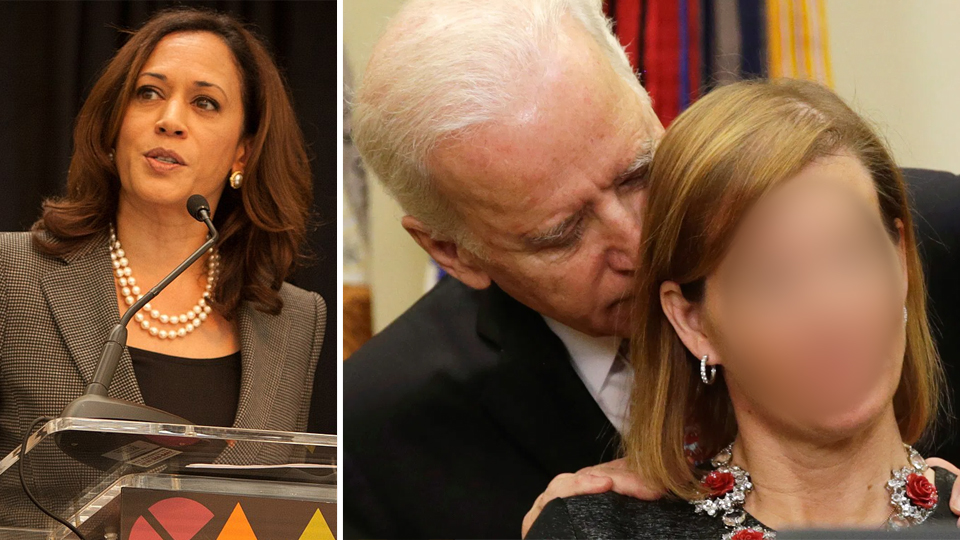 In a move that has raised eyebrows amongst political commentators, Democratic Presidential candidate Joe Biden has announced that Kamala Harris will be his running mate for the impending US election.

This is surprising for a wide variety of reasons: from her poor overall performance in the Democratic primaries, to her very public disagreements with Biden on key issues, and even her cozy history with law enforcement amid the BLM anti-cop craze, some would say that Harris’s chief benefit as a VP pick for Biden is a nod to “diversity”.

The pick is all the more surprising because, among the many clashes the two have had in recent months, perhaps the most significant was what Harris had to say about the well-documented sexual misconduct allegations against Biden.

In April of last year, before Biden had thrown his hat into the presidential ring, accusations began to surface that the former Vice President had inappropriately touched several women. A Nevada politician claimed that Biden kissed her on the back of her head in 2014 without warning. Others made claims of him touching their thigh in ways that made them uncomfortable, or putting his hand on their lower back in a suggestive way during photos.

The former Vice President acknowledged these claims at the time, stating that “social norms are changing”, and apologised.

Social norms are changing. I understand that, and I’ve heard what these women are saying. Politics to me has always been about making connections, but I will be more mindful about respecting personal space in the future. That’s my responsibility and I will meet it. pic.twitter.com/Ya2mf5ODts

But what is particularly noteworthy about this is, when asked about these allegations against Biden by reporters, Kamala Harris said “I believe them, and I respect them being able to tell their story and having the courage to do it.”

In other words, the same Kamala Harris who believes Biden is guilty of sexual misconduct has now agreed to be his running mate.

This is what Kamala Harris said last year on Joe Biden's sexual assault accusers: "I believe them".

Bear in mind, I’m not accusing or exonerating Biden of his behaviour – I don’t know what happened, I wasn’t there. But Harris has said she believes the claims, and now she’s rowed in behind him.

Although Biden has said he holds no grudges against his new running mate for what she’s said about his campaign in the past, the whole situation does create a very tricky ultimatum for Harris and some raises difficult questions for her to answer. Is she choosing to run alongside a man she believes to be a sexual predator just so she can gain political power? Or was she lying when she said she believed Biden’s accusers? Needless to say, neither option reflects terribly well on her character.

It certainly adds up to a potentially rocky start for the campaign for both Biden and Harris.