More than half of Ireland’s population growth in 2018 came from net migration into the country according to the Central Statistics Office’s annual Population and Migration Estimates released today.

Less than half of that increase – some 31,000 or 47% – was as a result of natural increase, where the number of births exceeding the number of deaths.

The remaining growth of 33,700 or 53% arose due to net migration, the difference between immigration and emigration during the period.

According to CSO figures, net migration stalled after the economic crash of 2008, and then became a negative number as emigration from Ireland shot up, but net migration began to increase again in 2015.

As at April 2015, net migration stood at 5,900, making up some 14% of the total population increase. Those numbers have climbed year on year with immigration now accounting for more than 50% of the growth in population in the past two years.

The statistics showed that in April 2019, 622,700 non-Irish nationals were estimated to be resident in Ireland, accounting for 12.7% of the total population.

Today’s statistics showed a population increase in all regions, with the largest growth – some 25,100 persons – in Dublin. 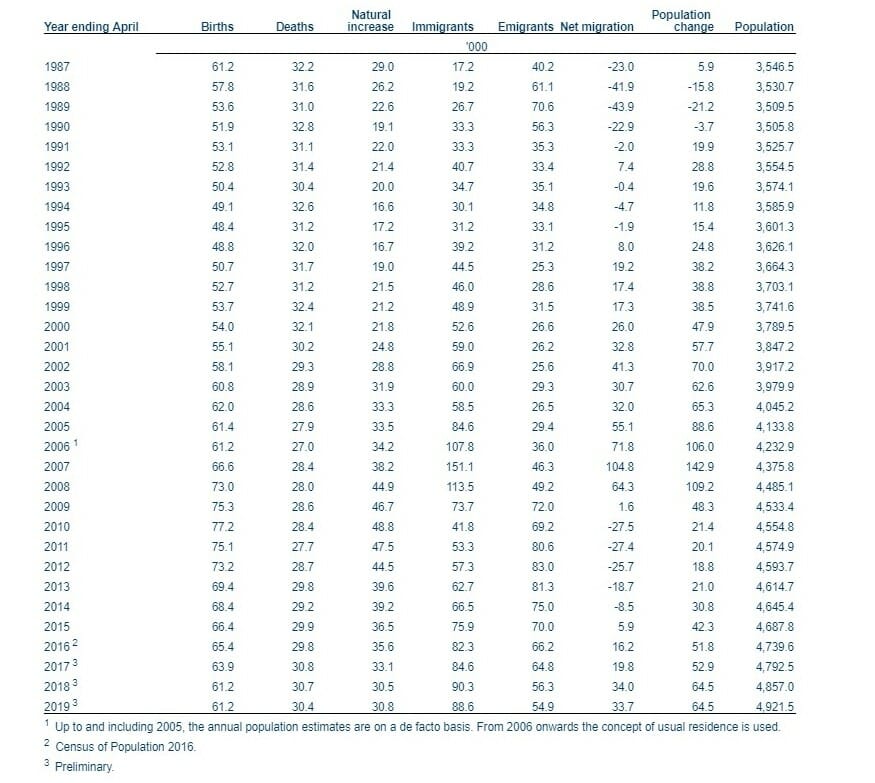