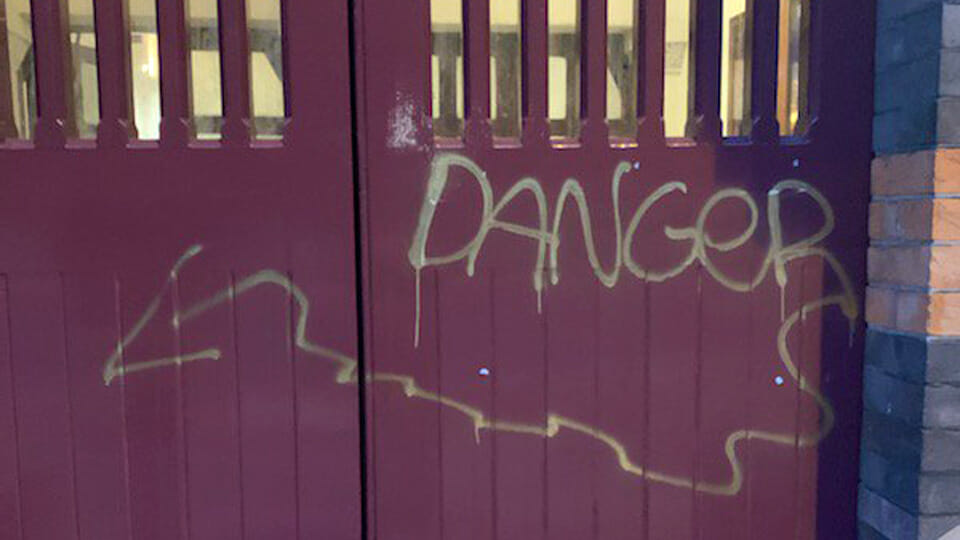 A leading commentator has warned of a growing climate of hostility towards religion in Ireland, after a church had graffiti daubed on its doors, the latest in a spate of attacks around the country.

The doors of University Church on Stephen’s Green in Dublin were daubed with graffiti Tuesday evening. 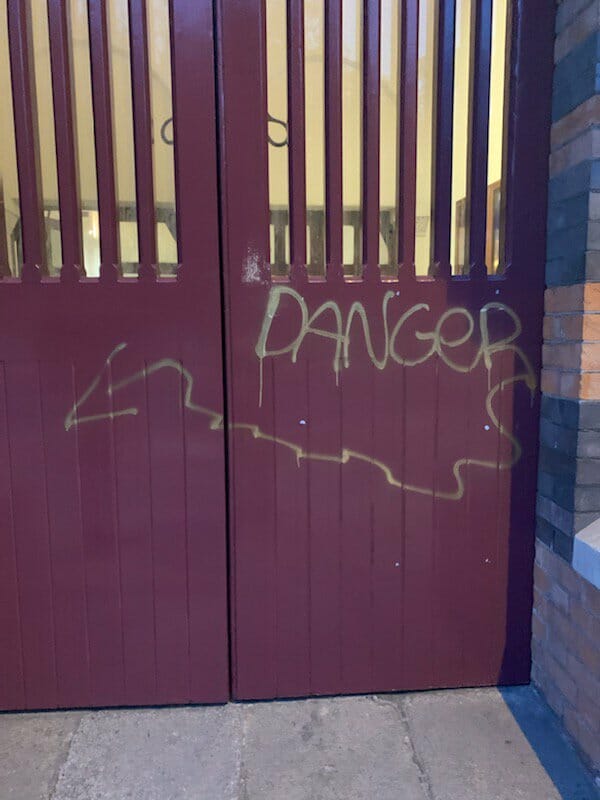 It comes after an arson attack caused damage to the front door, the walls and overhanging roof of a Dundalk church earlier this week.

The Irish Catholic reported earlier this year that Fr Michael Toomey, a Tipperary-based priest warned catholics should anticipate more attacks on their local churches, after Nazi swastikas were painted on a Catholic oratory and Holy Cross shrine in the Comeragh mountains.  The report listed a spate of violent attacks on religious buildings including the decapitation of a statue outside Thurles cathedral.

Commentator David Quinn said there was “a growing climate of hostility towards religion in Ireland and especially towards the Catholic Church.”

“There is almost no official concern about this. Acts of vandalism against churches seem to be treated as isolated examples rather than part of a pattern,” he said. “But if we are concerned about tracking racism in Ireland, than we should also be concerned about growing anti-religious bigotry, including when it affects the majority religion.”

“The Catholic Church itself should be keep a record of attacks so it can established definitively whether they are growing in intensity,”  he said.

Professor Ray Kinsella tweeted that those carrying out attacks on “sacred places” were often enabled by a “viscerally anti-Catholic”  government and establishment.

FF to FG: No, we’re more incompetent than you