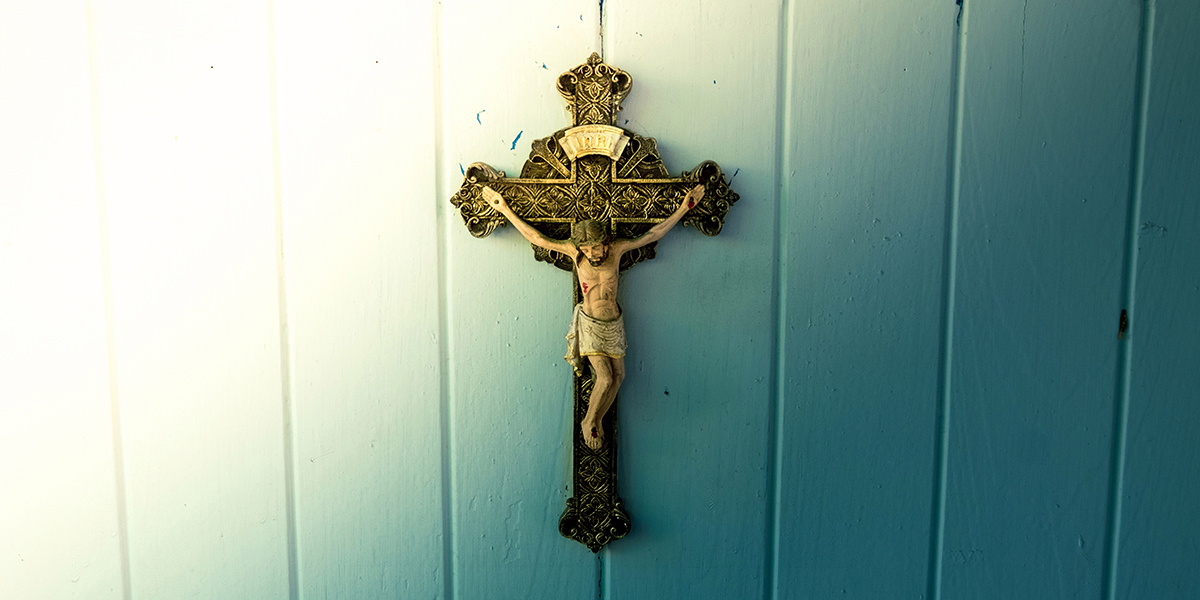 Our latest progressive reform only applies, it should be noted, to those schools which are fully under the control of the state. If your child attends a diocesan school, then he or she will still be able to learn in a classroom adorned with religious symbols, and will still have a graduation mass, and all the rest of it.

In a state-run, ETB school, however? They’re all coming down:

State secondary schools are to phase out a range of Catholic influences such as mandatory graduation masses, the display of Catholic symbols only and visits from diocesan inspectors.

The new rules will apply to more than 200 secondary schools run by the State’s Education and Training Boards (ETBs) – formerly vocational schools – which are officially categorised as multidenominational.

However, an unpublished document on the core values of these schools has raised concern within the sector that Catholic practices are normalised in many State schools.

Are religious symbols a problem in schools, in theory, or in practice? Let’s start with the theory.

In other words, if you’re a faithful catholic, ask yourself this question: What is more damaged by a crucifix on the wall during one of these new-fangled sex-education classes for small children? The authority of the state, or the authority of the church? When schools are adorned with religious symbols, one might expect those schools to teach things that are in keeping with the values of the Christian churches. But that’s not really what happens, is it? So in the end, we have this odd situation where religious values are both asserted, and undermined, in the same building.

In a catholic school, where the church has some influence over the religious instruction of pupils, religious symbols on the walls make some sense. But from the point of view of a religious person, it hardly makes sense to have them on the walls of a building which pays no heed at all to religious thinking, does it?

Of course, that’s not why the state is making this move. They’re much more concerned with the possibility that a painting of our lady might undermine the teaching of the theory of evolution, or other scientific or moral questions. Does it do that? Unlikely, is the answer, but that’s really besides the point. The state doesn’t want anything corrupting its teachings, even a painting or a crucifix.

The issue that religious people should have in this matter, to my mind, at least, isn’t with what happens in state schools. It should be with the persistent moves to undermine the right of religious schools to set their own policies in relation to teaching and admissions.

For example, in recent years, we’ve seen efforts by the state to curtail the admissions policies of catholic and protestant schools, in such a way as to prevent them giving preference to, well, catholics and protestants. Further, such schools are subject to strict oversight in terms of their teaching on matters of religious morality, such as LGBT issues and abortion.

But doesn’t this cut both ways? It’s one thing for the state to wish to take religion completely out of non-religious, state schools, but where then is the option for parents who want to send their child to a religious school to be formed in religious education?

Losing crucifixes in state schools might be an acceptable trade if there was genuine pluralism in the approach to education. But what we’re getting, in reality, is increasing state intolerance to religious education across the board, even in schools that are nominally catholic, or protestant.