For most Irish people, child benefit is sacrosanct and should not be interfered with. Many families rely on the monthly payment to pay for basic costs, and, since the state has long-since scrapped child tax credits, child benefit has long been viewed as an essential contribution to the significant cost to families of rearing the next generation.

Yesterday, a caller to RTÉ’s Liveline claimed that the family’s child benefit had not been paid after they traveled abroad – and that they had been told by the Department of Social protection that they needed to be informed if a family receiving benefit left the state.

It followed revelations that people in receipt of the Pandemic Unemployment Payment were also being targeted if they dared to go abroad, a move described as petty and spiteful on this platform.

Now, the Minister for Social Protection, Heather Humphreys has told the Dáil today, that “people who wish to travel to any of the countries on the green list can do so and continue to receive their payment”. However, she then said travel could only take place for essential reasons, which some TDs felt left the matter as lacking in clarity as before.

Humphreys also acknowledged that her Department had not communicated the policy in regard to travel well.

The government has been under fire since the revelations about cancelled payments were first made public, especially in regard to stopping Child Benefit.

Commentators on social media described the news as “incredibly worrying and disturbing” and said it amounted to “abhorrent behaviour by FFG, punching down .” 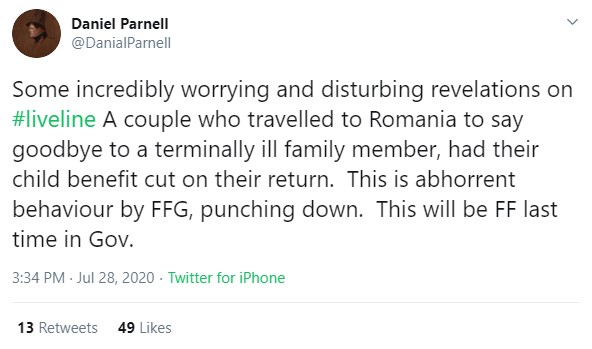 Others felt the targeting of child benefit was heavy-handed and authoritarian. 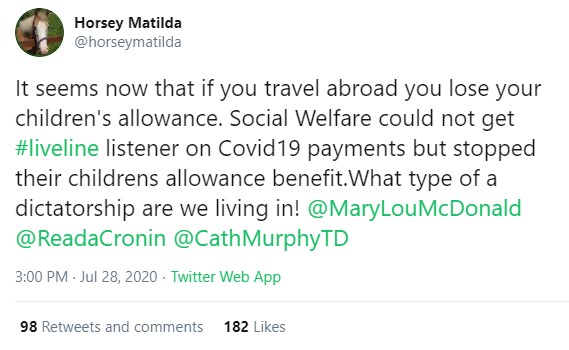 While some said that the trend should have everyone worried. 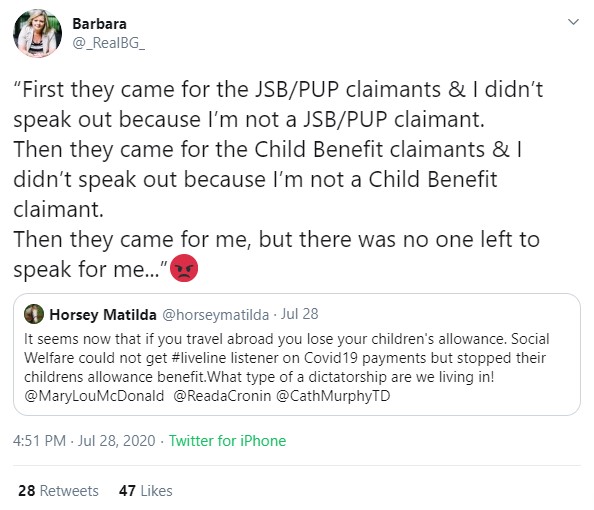 Others described it as a class war. 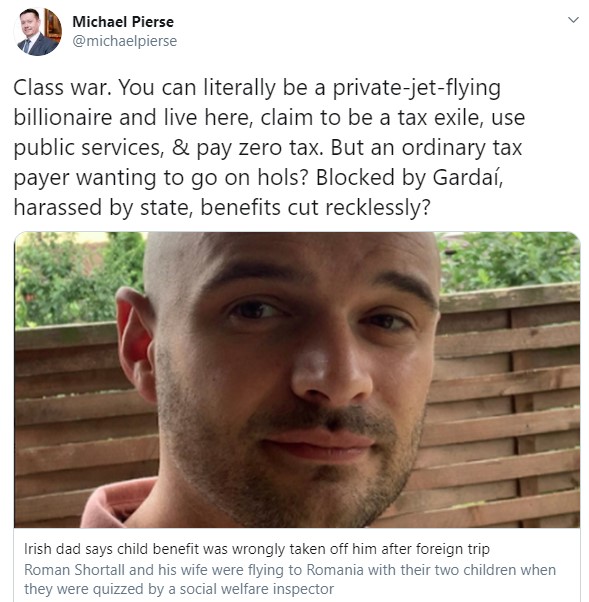 The furore also forced Data Protection Commissioner Helen Dixon to seek clarity from the Department of Social Protection on how the personal information of citizens is handled at the country’s ports and airports.

Liveline heard claims that passengers on a flight to Bulgaria were all asked for their PPS numbers and other personal information.

The Editors: Vaccine Certificates must be opposed

Demand equality over vaccine passes as politicians curtsy to Brussels

When you buy coke at the weekend, you’re buying shares in the torture and murder of 17-year olds