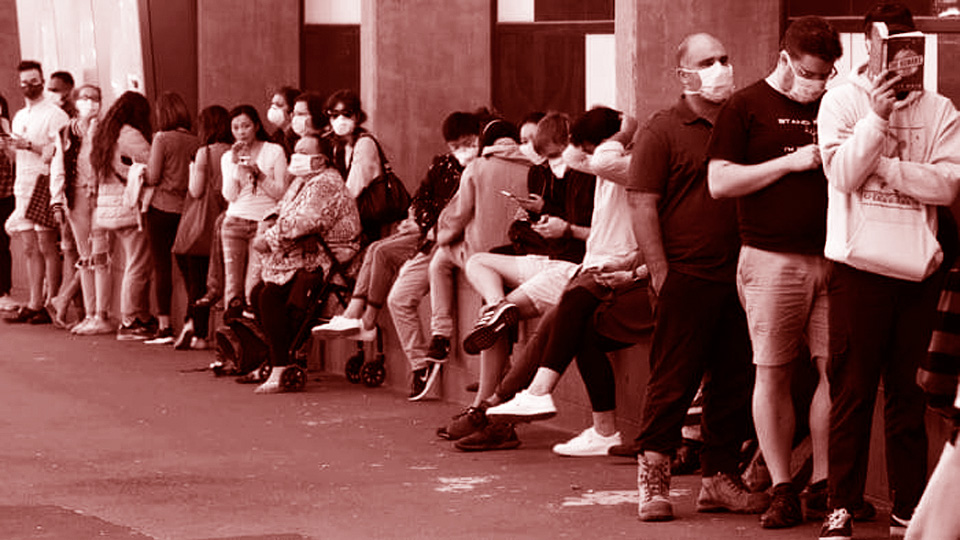 Today I received notice that the waiting time for a routine diabetes appointment for @ULHospitals is 5 years.This is simply not acceptable @roinnslainte. We need staff and resources for the thousands living with this chronic condition in the Mid-West #diabetes pic.twitter.com/NOUfQZAdHl

“The waiting time for a routine diabetes appointment is now approximately five years”.

Diabetes isn’t some harmless illness, incidentally. Those of us blighted with type 2, if we don’t manage it correctly, risk all sorts of complications, ranging from blindness, to amputations, to heart disease.

It’s a disease that it’s perfectly possible to live with, but only if you’re on top of it all the time. One of the most important tests is also one of the most routine – your long term blood sugars. Anyone can have a normal blood sugar reading on a particular day, but knowing what they are over time is critical. A prolonged period of elevated sugars can devastate the smaller blood vessels in your eyes, and toes, and other extremities, which is why having it tested regularly is vital.

The good news for diabetic patients in the Limerick region is that your own doctor can perform those tests, and prescribe medication. The bad news is that a routine diabetic appointment in the hospital, especially for new patients, is absolutely essential: that’s where you get all the specialist advice and help that your GP can’t give you, meeting a dietician, having specialised tests done, and all that.

Going five years without such an appointment, let me tell you, could easily be fatal. And yet here we are.

How on earth did we get to this point? There are two factors, one obvious, one less so.

The less obvious factor is that type 2 diabetes is exploding in Ireland, and has been for some time. Our lifestyles are more sedate, and our diets are much more sugary than they ever were before. Remember this, from the Irish Times, in 2018?

Almost a quarter of a million people in Ireland are living with diabetes. Between 10 and 15 per cent of those have type 1 diabetes, which is an autoimmune condition and usually diagnosed in early childhood.

The rest have type 2. This strand is often brought about by lifestyle choices and recent figures show that an alarming number (more than 850,000) are at risk of developing the life-changing disorder, due to an increasing percentage who are in danger of becoming overweight or obese.

1,000 new people are diagnosed every month in Ireland with type 2 diabetes, based on the number of people being screened by the National Screening service for retinopathy.

This is one of those instances where the tension between nanny-statism and promoting freedom of choice becomes a difficult one to resolve. It’s not simply that drinking two litres of coca cola a week is bad for you: It’s also crushing the health service, so there’s a social cost to your behaviour, as well as a cost to yourself. Addressing the diabetes epidemic is an important public policy goal, in the medium to long term.

The second, more obvious factor, though, is the health service. It’s not as we didn’t see this coming. The article above is, as noted, from 2018. What resources have been put into diabetes care since then? Very little, is the answer.

The job of a health service is to respond to changing patterns of illness amongst the population, and the Irish health service is especially bad at that. It’s not simply a matter of money – our health system is very well funded, to the tune of about twenty billion euros a year, at this stage, and funding has more than doubled since 2011.

It’s that the money never seems to make it into front line care. It’s not the fault of the present health minister, or his feckless predecessor, that diabetes cases are exploding. It is their fault, however, that the health service is so unprepared for it, when we knew it was coming.

It’s very lucky for them that Ireland has so many good GPs who are bailing them out.

Michael O’Dowd: Big Pharma must be held responsible for prenatal test for Down syndrome