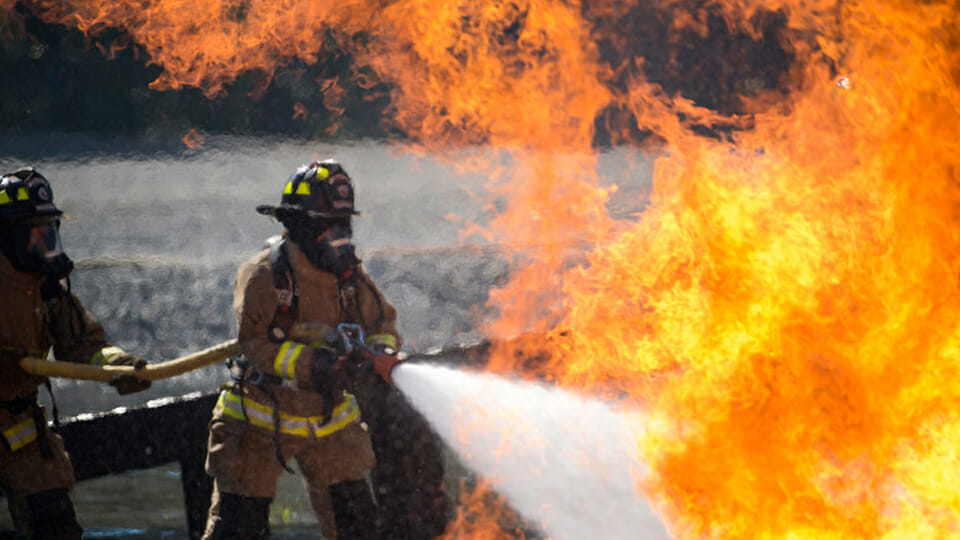 This week, Gillette released a new advert for its SkinGuard range featuring an Australian fire-fighter whose courage and love for his family are inspiring.

It seems the razor company has learned from its colossal mistake in January when it faced a huge backlash for lecturing men on ‘toxic masculinity’.

Gillette’s “We Believe” video might go down as one of the biggest marketing blunders in history, and was a factor in a massive $8 billion write-down by parent company Proctor and Gamble.

As the saying goes: get woke, go broke, and the biggest problem for Gillette’s ultra-woke message was that it demonised its own customers, something that’s never good for business.

It suggested that bullying, sexual harassment and assault, cruel and violent behaviour were all typical male behaviours, that are systematically taught to young boys by outright encouragement or casual indifference. Thank God, then, for Gillette who would come to the rescue of knuckle-dragging, idiotic, despicable males and bring them to more enlightened ways. It was a big ask for a manufacturer of razors but they probably reckoned this was also a #MeToo marketing moment not to be missed.

“Is this the best a man can be?” their video scolded, as a line of dads at smoky barbecues droned ‘boys will be boys’ in an excuse for bad behavior.

What genius thought that was a good idea as an advert to sell razors to men?

The backlash was swift.

“We Believe” went viral for all the wrong reasons, with 1.5 million people disliking the video on You Tube, and thousands of posts on social media promising never to purchase Gillette products again. Media commentators, who largely supported and praised the advert, predicted that any threatened #GilletteBoycott would not materialise in enough numbers to damage the company’s bottom line.

They were wrong – to the tune of an eye-watering 8 billion dollars.

Whoever pushed Gillette towards publishing a sweeping generalisation about all men being inherently bad was probably motivated by the current trend which seeks to portray masculine traits, even those which are clearly beneficial, as being toxic.

Masculinity is so toxic, they argue, that its to blame for most of the perceived ills of the world, including climate change and even Brexit.

It’s all part of the feminist struggle against “The Patriarchy”, and it has led to mainstream media outlets like the Washington Post publishing rants entitled “Why can’t we hate men”, featuring a large photo of sexual predator Harvey Weinstein. (Imagine, if you will, the absolute career-ending furore that would follow if the headline swapped ‘women’ for men’, but despite all the talk of equality, this is yet another instance where the rules do not apply.)

I suspect men largely don’t respond to these sort of provocations because they find them ridiculous, but something about the Gillette’s video provoked a reaction, most likely the notion that manliness in itself was toxic.

Twitter lit up with these sort of rejoinders – reminding us that there’s plenty to admire about masculinity, not least courage, resilience, strength and stoicism. 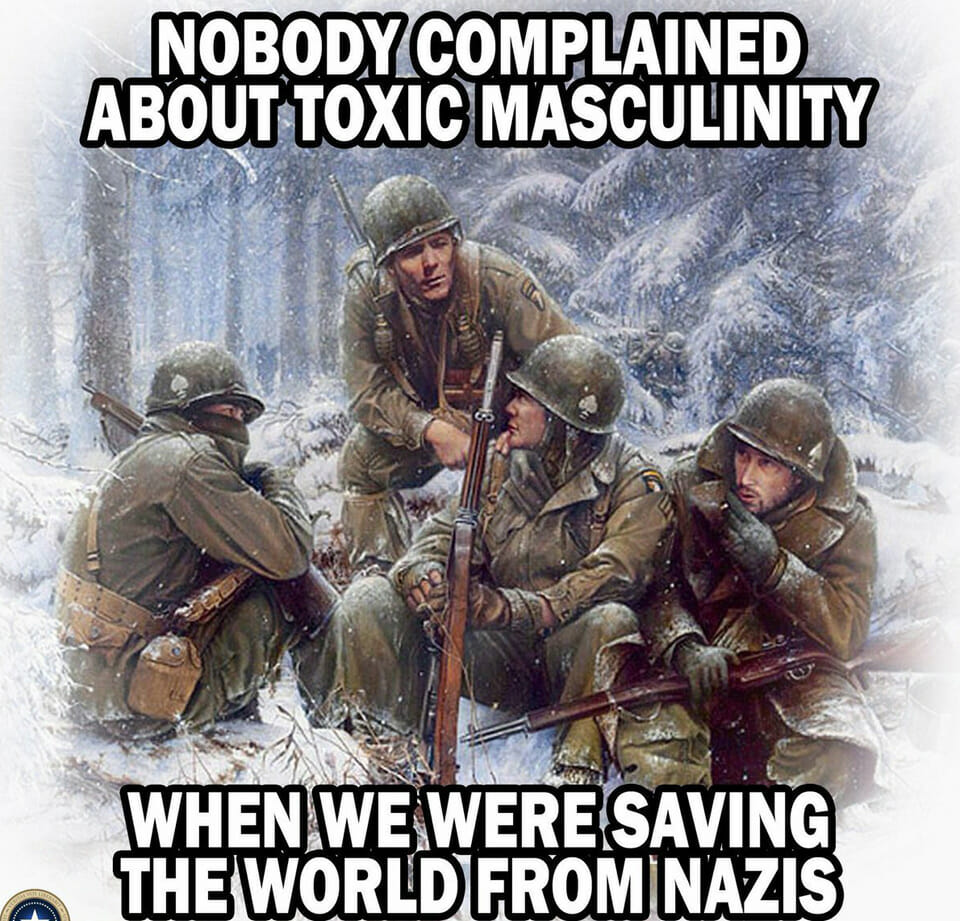 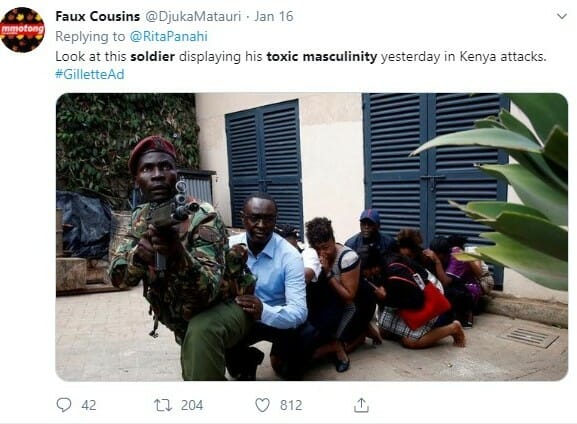 But most of all men clearly decided that, in this instance, they could vote with their feet, and stop buying Gillette razors. A blade that came with a preachy, insulting message was no longer the best a man can get.

It some ways, the whole debacle was a missed opportunity.  One point in Gillette’s ad was genuinely powerful: the part where actor and athlete Terry Crews called for men to hold other men accountable on sexual violence. Crews was sexually assaulted by a successful Hollywood agent in 2016 and, as a child, also saw his mother being violently abused by his father. It’s a fact that sexual assault and domestic violence destroys lives, and that Gillette could have made a message that sparked a conversation worth having.

Instead, to their cost, the embraced the ridiculous notion that all men are toxic because they are masculine.

Now, Gillette says it wants to “authentically connect” with their consumers and confirms its new advert reflects it’s intention to shift ‘the spotlight from social issues to local heroes”.

And get back to the business of selling razors.

Telling the truth about China’s oppression of Uyghurs