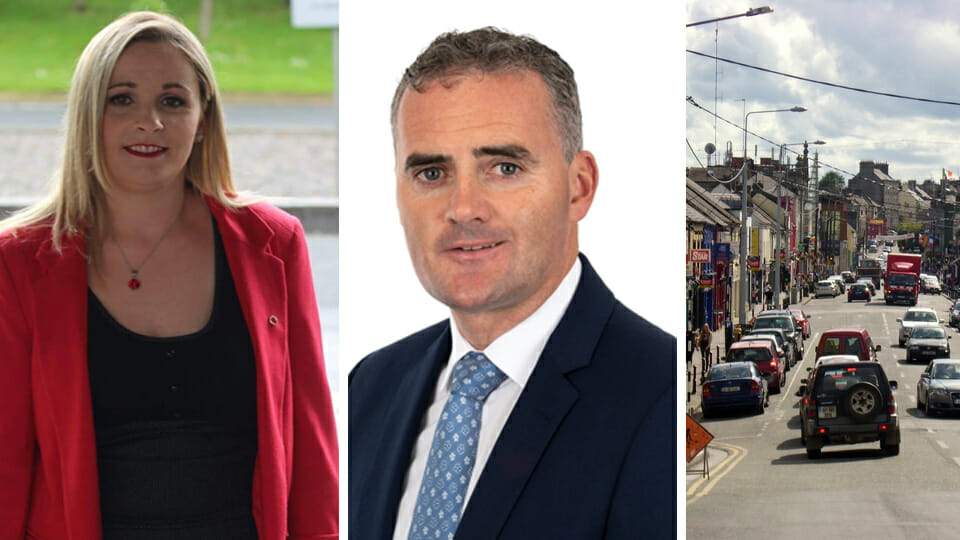 Local people in Tullamore are being “leapfrogged” for housing and services, and are ‘angry and frustrated’ at the lack of consultation with the community before the announcement that a new direct provision centre would be opened, according to local politicians.

Carol Nolan, the Independent TD for Offaly  has called on the Department of Justice to suspend proposals to convert The Marian Hostel on High Street, Tullamore, into a residential centre catering for 168 asylum seekers until a full and thorough public consultation process has been concluded.

She slammed the lack of consultation with locals in Tullamore saying the Department of Justice has adopted a “heavy-handed approach” to the situation which was causing “unnecessary division”.

“This was an entirely unnecessary and provocative approach by the Department that has rightly led to a great degree of anger in the local communities,” she said.

“There has been absolutely no consultation or collaboration with the community of Tullamore in regard to this proposal which I was only made aware of when an email was sent to me by the Department of Justice. This is totally unacceptable. I contacted the Department immediately over the lack of consultation and dialogue with the community and elected representatives,” said Deputy Nolan

The Department is preparing to meet members of the Tullamore Municipal District of Offaly County Council on Thursday to discuss the plans, but the Offaly TD said this was “coming only after a decision has been made by the Department and in the absence of proper consultation”. She described the lack of consultation as “utterly disrespectful”.

Meanwhile, Independent councillor John Leahy has said that local people were sometimes being ‘leapfrogged’ in regard to housing waiting lists and medical care by “migrants” who were being brought to the area.

Offaly Express reported that Councillor Leahy said housing officials on Offaly County Council had highlighted to him the case of four houses in Birr which were ready to be allocated as social housing “when a directive came from the Department of Justice to say there were putting people into two of them”.

“I asked how this could happen and was told that Justice can supersede everything – housing, planning, GP lists. A GP’s practice can be at full capacity and be issued with a directive from Justice saying they must take certain patients,” he said.

The Independent Councillor told the Today with Seán O’Rourke show on RTÉ that he had no problem with migrants or asylum seekers coming to Tullamore, but that “the difficulty I have is, that going on previous experience in the County Council, that migrants coming in are leapfrogging ahead on the housing waiting lists and getting houses ahead of people that are eight, ten years on the housing waiting lists. They’re leapfrogging ahead in getting GP services, they are getting full priority, its a directive coming down and the Department of Justice can steamroll everything.”

Hi assertion was challenged by Fiona Hurley of the Migrant and Refugee Rights Centre who said migrants were not eligible for public housing, Cllr Leahy said “It’s a PR spin but I’m telling you straight out. Other councillors have backed me in the chamber three months ago that this is what is happening but it’s covered up.”

He said said people’s natural welcome for people in need was “going to be tarnished with the fact that you need to treat people equally. The problem we have is the 168 are going to be treated differently and gonna get leapfrogged in terms of medical care, GP care and housing assistance. That is going to happen. What I’m worried about is we are discriminating against our own.”

He said that he had asked the Department of Justice six months previously to come to meet Offaly County Council and explain future plans for the area, but that had been ignored.

Carol Nolan said that “the people of Tullamore and Offaly are among the kindest and most welcoming people, but that does not give the Department of Justice, or the government for that matter, any justification for imposing such a significant proposal on them without seeking their views.”