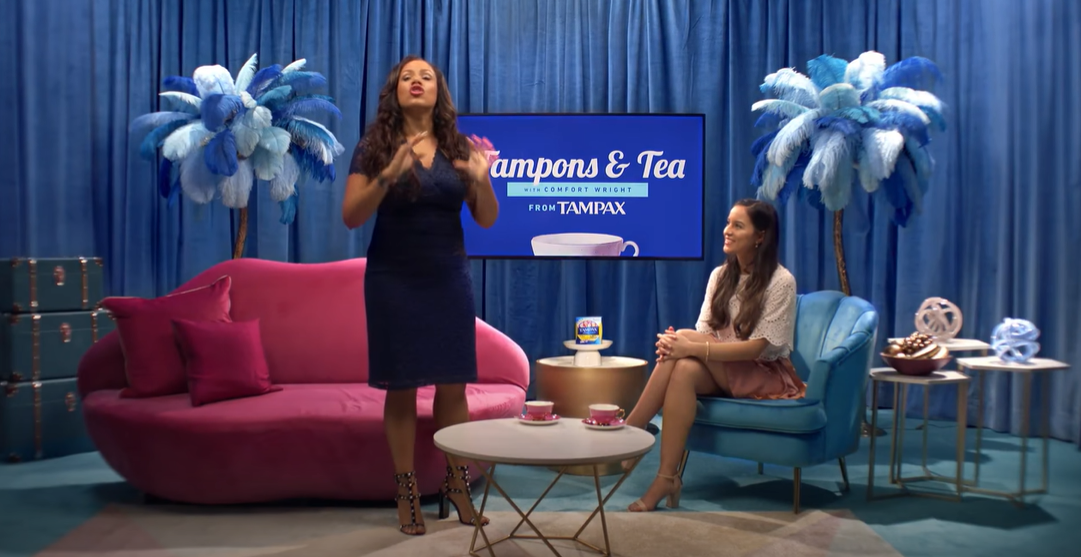 More than eighty complaints, would you believe, led to the ad being banned. If you haven’t had the chance to see it, here’s the scandalous tampon ad that the advertising authority of Ireland don’t want you to see:

Is it a bit crude? Sure. But it’s hardly an advert for some kind of sexual debauchery, is it? Tampons are a basic feminine hygiene product that you can buy in any supermarket. Most people know where they’re supposed to go, but apparently, the manufacturer had found that a significant number of customers weren’t using them properly, so decided to make this ad.

Question: If you wanted to communicate a message on television about the correct procedure for using a tampon, how would you do it? The Advertising Authority should have written back to each one of the eighty complainants, and asked them to script an alternative, less offensive advertisement, making the same point. You can’t make an ad like this without talking about inserting things – so what’s the non-offensive way to do it?

The feminists are up in arms about the ban. And don’t they have a point, this time? Some of us might choose to switch the channel when ads like that come on, but it’s not as if the ad is in someway improper, or scandalous. Yours truly switches the channel any time an ad about abused dogs comes on, but it’s not because the ad is offensive.

The funny thing about this is that there are, objectively, much more sexualised adverts on the television. If you’re watching Irish telly after 10 or 11 at night, you’re likely to see adverts by durex promoting their latest lubricant, or condoms, or what have you. They’ve gone out of fashion now, but there was a time not that long ago when you’d regularly see late night adverts for premium rate telephone lines where lots of friendly girls were, apparently, “ready to party” with you on the phone, which is a strange place for a party, to be frank.

Proctor and Gamble, the mega-corporation behind the scandalous ad, told The Journal.ie that they were trying to grab the attention of young women with it:

Proctor & Gamble said that the target audience for the ad was women between age 16 and 44, and that it had avoided airtime during “kids TV” as it would be of no benefit to them to advertise around programmes that were not watched by their target audience.

Those restrictions seem fairly reasonable, to be honest. And if somehow, your child does see a tampon ad, what’s the big deal anyway? If you are a parent, then these are conversations you’re going to have to have with a child at some stage, and there are many worse conversations that you’ll have to have than “once a month, a woman will bleed for a few days, and needs something to soak up the blood”.

A ridiculous decision. Eighty people might have complained, but that doesn’t mean they’re right. It just means they had too much time on their hands.

Zappone: I’d happily stay on as Minister in a Fianna Fáil Government

Planning for a United Ireland