Gardai: We caught a hardened criminal…. Walking on the beach 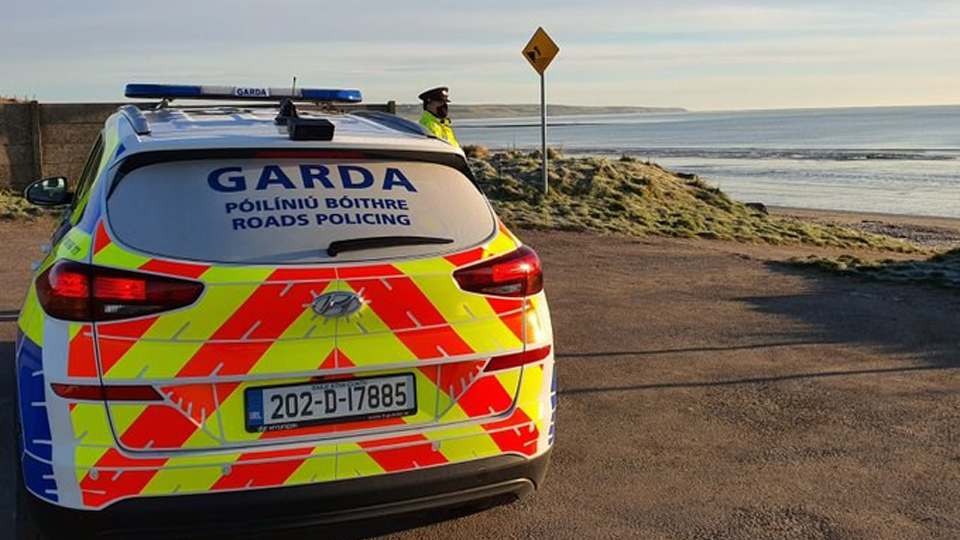 Three full years of training, it takes, to become a member of An Garda Siochána, and prepare to defend the country from the ongoing threat of criminality. Gardai go through courses in law and procedures, crime and incident policing, and professional competence, to name but a few of the courses required before passing out at Templemore.

And in the case of these lads down in Cork yesterday, it’s a good job too. For they encountered one of the most devious criminal masterminds on record in Ireland, at Garryvoe Beach:

Midleton Gardaí spoke to a driver at Garryvoe beach who had travelled over 20km without a reasonable excuse. After we engaged with the man he agreed to leave & go straight home.

Shortly after we spoke to the same driver at Ardnahinch beach. Fined for breaching Covid regs pic.twitter.com/me9JT835Fg

First, on the legality of it: Yes, it is technically a breach of the regulations imposed by Government to travel to a beach and go for a walk by yourself, with nobody else within a mile, let alone two metres, of you. On the merits of the law, which the Gardai can do little about, they are within their rights to detain somebody for walking on the beach.

But c’mon: This particular law is, and has always been, an ass.

The rule is that you can’t exercise outside a 5km radius of your home. If you’re lucky, and that 5km includes a beach, then you’re golden. But if you travel say, 20km to walk on the beach, then you are a criminal, and can be detained and fined.

The theory, of course, is that if the rule was relaxed, then the whole country would be high-tailing it to the beach tomorrow. Only by making a few high-profile examples of people, the thinking most likely goes, can we prevent Jim and Joan and the three kids deciding that a drive to the beach would do no harm, only to get there and find six or seven hundred potential coronavirus vectors milling around alongside them.

But so what? In the larger scheme of things, would that be the end of the world?

Beaches are outdoor spots. At this time of year, you’re not likely to find hundreds of small children building sandcastles and slurping at ice cream cones. The most you’ll find, if we’re honest, is the occasional elderly man walking his dog, and other people just enjoying the air. Beaches are windy at the best of times: If there’s a place you’re less likely to catch Covid, it’s hard to think of what it might be.

This is a law that infantilises people – and not just at beaches. Here’s the Garda Press Release on this topic, issued yesterday:

An Garda Síochána is reminding people that they are only allowed to exercise within 5km of their home. The 5km limit includes the distance travelled from a person’s home to a location for exercise. In other words, you can’t travel more than 5km to a location to exercise.

The public should also be aware that if a driver is found to be in breach of the non-essential travel regulations that not only can the driver be fined, but their adult passengers as well. This is also the case for adults in groups undertaking activities such as cycling or walking – every adult in such a group can be fined.

In addition, An Garda Síochána is reminding the public that travel to airports and ports should only be taken for essential reasons. Holidays abroad are not deemed essential.

Scene of a protest outside Blanchardstown Garda Station #GeorgeNkencho pic.twitter.com/pg45Hpe2Gz

If that seems unjust to you, well, it’s because it is unjust.

The law is not only an ass, it’s also being applied in an arbitrary and uneven fashion. The Gardai aren’t responsible for making the laws, but they are responsible for how those laws are applied. And in this instance, they’re making a complete bags of it.