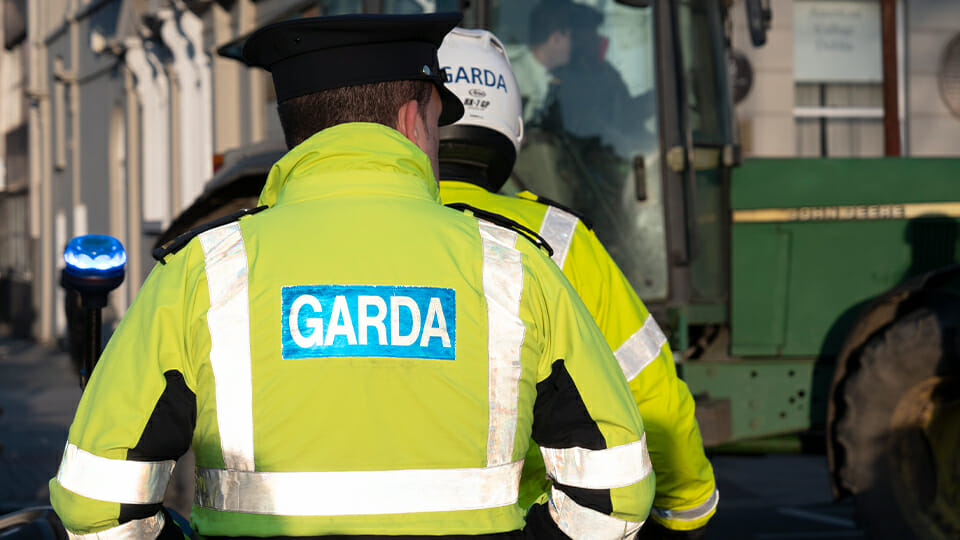 As we all know, Ireland is currently under a level 5 lockdown, which is the strictest level of lockdown possible under the current government plans. Throughout it all, we keep hearing from official sources about how quote-unquote “non-essential” travel and activities are forbidden, and how no public gatherings of any kind are allowed.

Now, don’t let past incidents like golf gate fool you – the authorities clearly take these regulations very seriously. They take it so seriously, that you’re not even allowed to go to the shop to purchase socks for your child – even that is considered non-essential according to our leaders. The Gardaí have been going around blocking off aisles in shops to make sure nobody’s purchasing dangerous contraband, such as knickers or supermarket flowers. What would we do without our boys in blue, eh?

In fact, the Gardaí take the new lockdown so seriously, that they were recently willing to baton a group of anti-lockdown protesters over the head on Grafton street, apparently for engaging in a peaceful protest that Gardai felt was breaking the social distancing regulations.

Nine people have been arrested following clashes between gardaí and anti-lockdown protesters in Dublin on Thursday afternoon have been charged with public order offences.https://t.co/HSHpb3Ao19pic.twitter.com/l8lsVWxH98">https://t.co/l8lsVWxH98

Speaking about the incident after, Garda Commissioner Drew Harris said “There was no heavy handedness on our part – our response was proportionate to what we believe were public order threats being created by that protest.” I’ll leave you to decide whether that footage seemed like proportionate force to you.

Now, when you’re beating your own citizens down in the streets over a political demonstration, that’s when you know it’s serious. The government is clearly having zero tolerance of any rallies, or events, or public gatherings of any kind. And they say this is crucial to save us all from covid.

Imagine my absolute surprise, then, when a whole load of pro-abortion protests were allowed to take place just last week – in Dublin, in Waterford, in Mayo, in Louth and Galway.

These demonstrations, organised by an assortment of far-Left organisations were held in solidarity with the protests currently happening in Poland. Poland just recently outlawed abortion for babies with disabilities, and so there have been throngs of people in the streets demanding the law be overturned. The Irish left wanted to protest in solidarity with them, and so decided to take to the streets in large numbers. 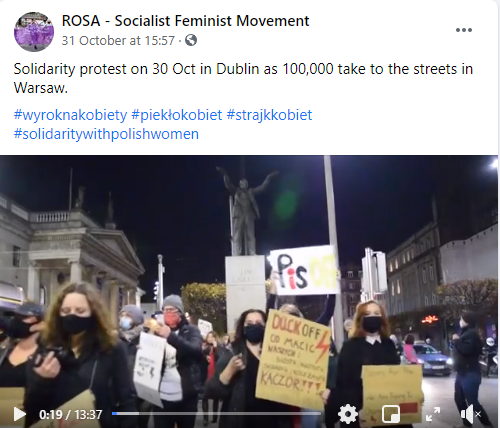 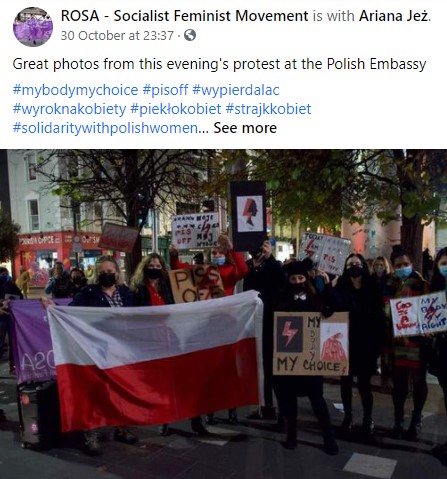 Even the smaller People Before Profit event had more than its share of group photos. 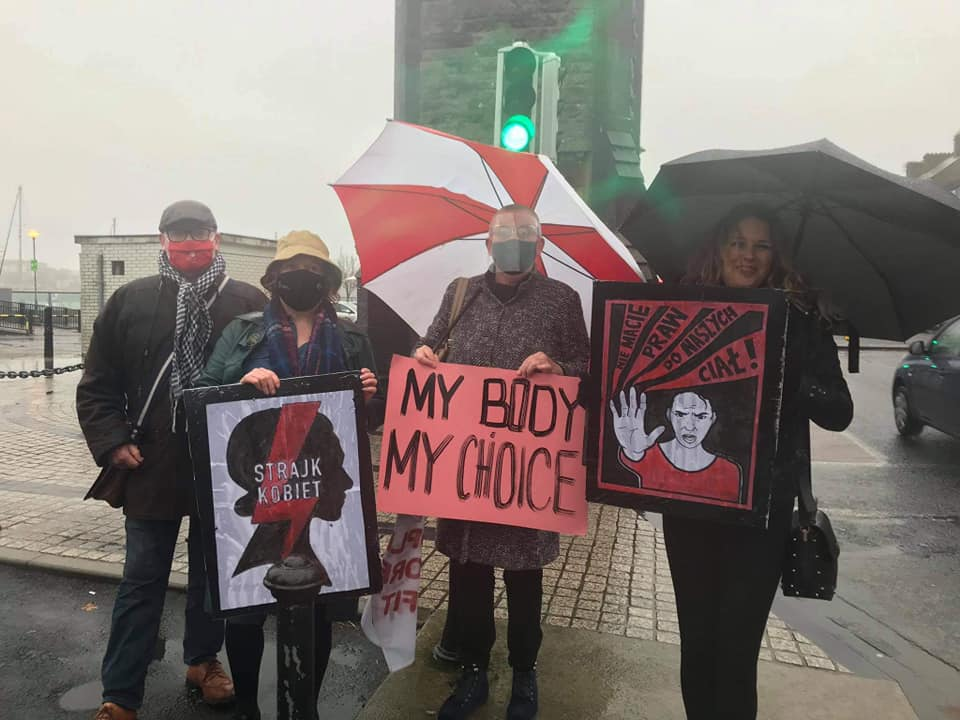 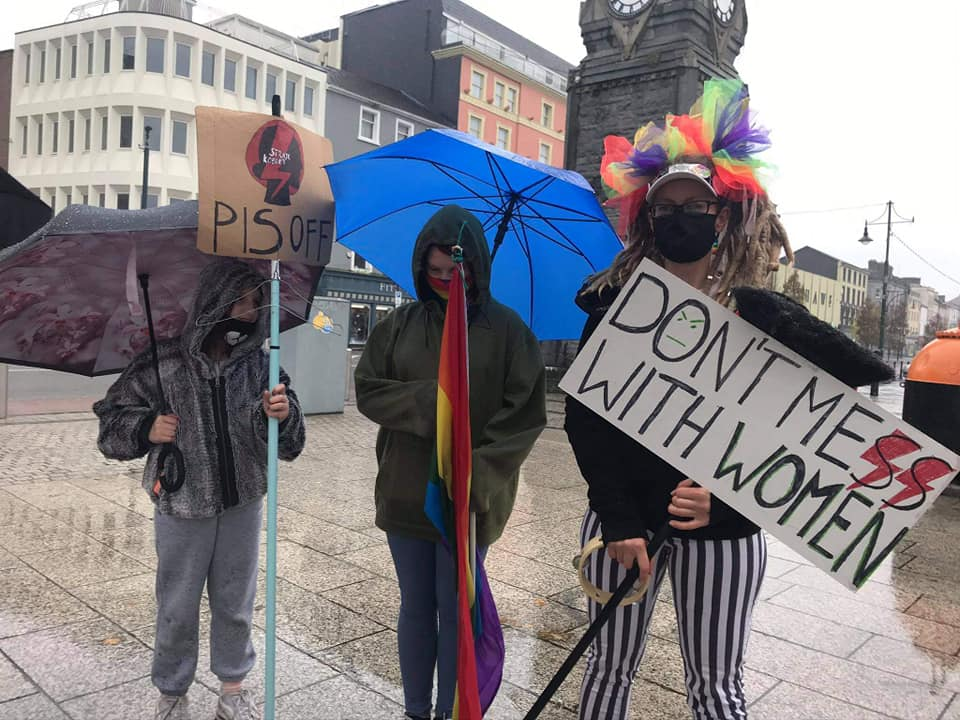 Our Marxist friends just couldn’t stay apart. Even during a level 5 lockdown that they advocated for. They were even in the Dáil just a few weeks ago slamming the government for not locking down sooner.

So where exactly was the police presence at those rallies? They weren’t even confronted by the Gardaí, let alone baton charged. Call me crazy, but I don’t think congregating in the streets in large numbers to express support for a social movement in a totally different country counts as “essential travel”. And this isn’t even the first Leftwing protest since the lockdown. If you cast your mind back to June you’ll remember the Black Lives Matter march through Dublin, featuring PBP’s Bríd Smith, among others. Apparently there weren’t any consequences for that event either.

So how exactly do the Irish authorities explain this picture? One group gets clubbed over the head and handcuffed for congregating in the streets during lockdown, and the other is allowed to operate freely. There’s a word for that kind of system; it’s called two-tiered justice. One rule for the in-group with the popular positions – BLM, abortion, feminism, wokism-  whatever you want to call it – and then another rule for people with alternative views. They get cracked down on, their voices aren’t heard, while the in crowd are given a fair shake. And apparently, neither they, nor the police, could care less.

When it suits the government and the Left, covid is a deadly threat which needs to be stomped out, even if that means stomping a few citizens along with it. But when it’s politically expedient, they’ll turn a blind eye to anything and everything, even large events happening in the capital. Welcome to Ireland 2020.

If our leaders didn’t have double standards, they wouldn’t have any standards at all.

It’s time to stop the stupid war on vaping