Funding page taken down for teenage victim of attack in Carrigaline 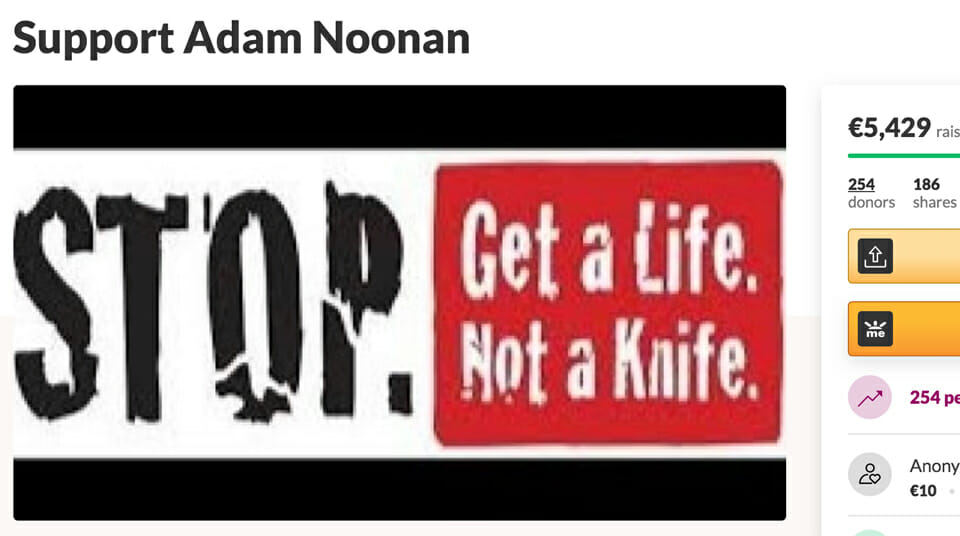 A funding page set up for the teenage victim of an apparent stabbing attack in Carrigaline last night was taken down by Go Fund Me.

A disturbing video – apparently made by the perpetrators of the horrific beating and stabbing of the teenage boy  – has been widely viewed on social media and has caused widespread revulsion and outrage.

The attack occurred in the Waterpark area of Carrigaline shortly after 10 pm on Saturday evening when a group of teenagers, who had reportedly travelled from Ballincollig, confronted the victim.

A broken bottle was used to repeatedly attack the 17 year-old boy in the back and sides, while one onlooker filmed the attack and commented on the boy’s bloodied face and his injuries with apparent glee, saying “mad, mad..look at the blood fam…  you’re shanking this fien.”

A young woman tried to protect the teenager lying on the ground by covering him with her body.

Gardai have yet to publicly comment on a motive for the attack.