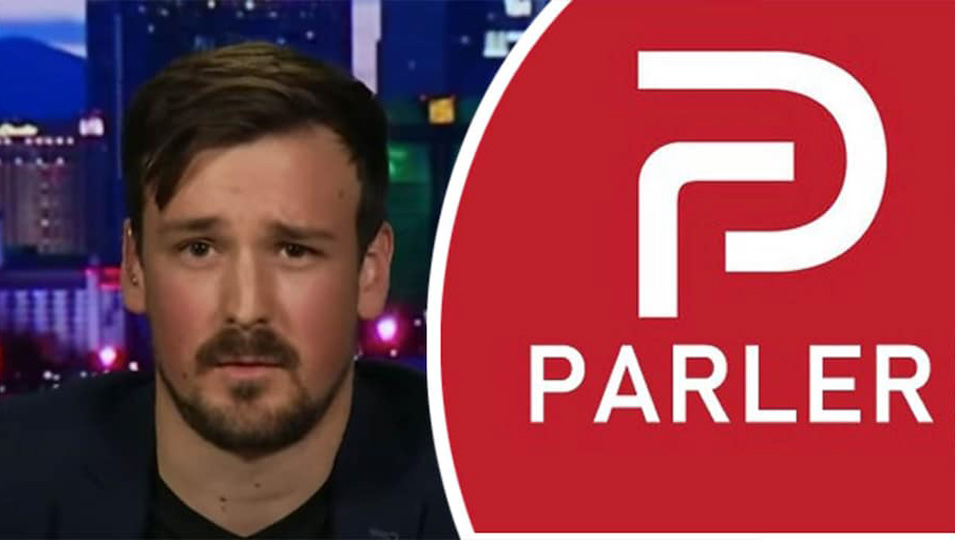 Free-speech platform, Parler, posted online at the weekend, with CEO John Matze posting a message to “lovers and haters”

“Hello world, is this thing on?” Mr Matze wrote, a week after the site, which some conservatives see as an alternative to Twitter, was taken off line by Amazon Web Services and booted out of Google and Apple stores.

“Now seems like the right time to remind you all — both lovers and haters — why we started this platform. We believe privacy is paramount and free speech essential, especially on social media. Our aim has always been to provide a nonpartisan public square where individuals can enjoy and exercise their rights to both,” the Parler CEO said.

“We will resolve any challenge before us and plan to welcome all of you back soon. We will not let civil discourse perish!” 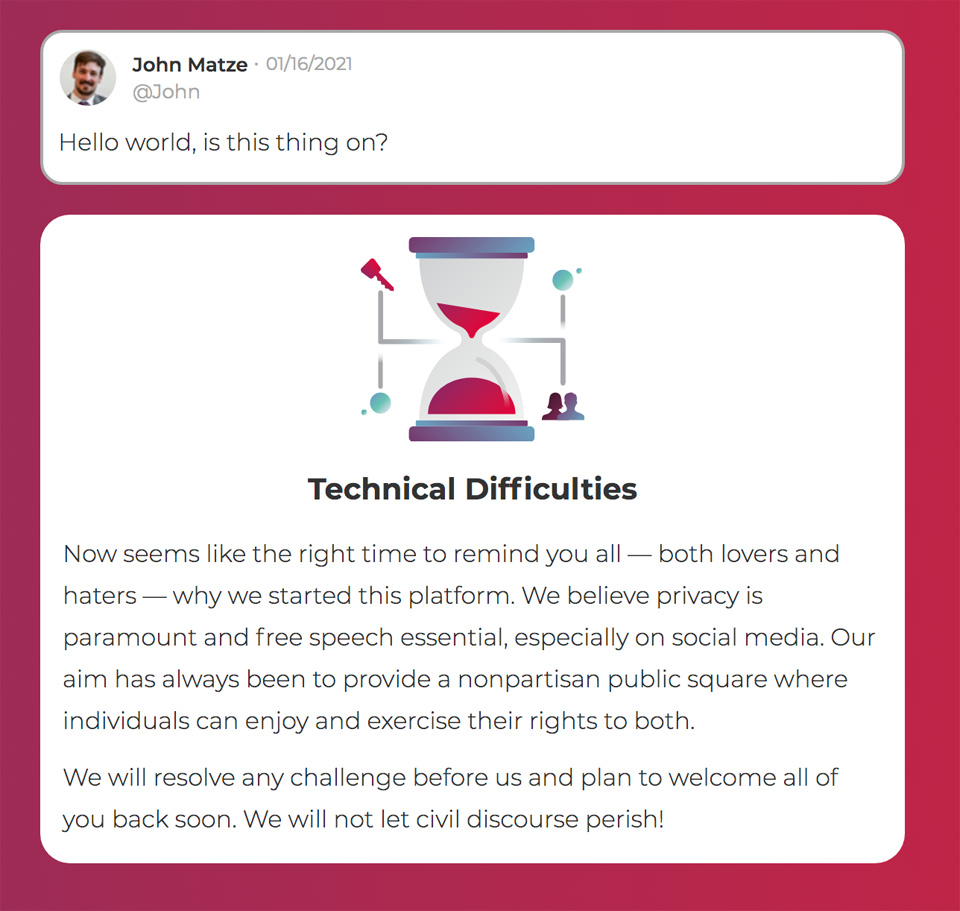 Parler appears to be hosted by Epik, which also hosts social media website Gab. The web services provider has been sharply critical of Big Tech companies who are “simply deplatforming and terminating any relationship that on the surface looks problematic or controversial.”

The company accused Amazon of being “motivated by political animus” and of acting “to reduce competition in the microblogging services market to the benefit of Twitter”.

Amazon Web Services, which was providing essential hosting services for Parler, shut down those services after the riot in the Capitol, and, in what seemed to some observers like a concerted move, after Google and Apple had both removed Parler from their App stores.

Without hosting services, Parler remains offline and inaccessible to some 12 million users, many of whom are supporters of Donald Trump.

In its filing, Parler says Amazon’s actions were the equivalent of “pulling the plug on a hospital patient on life support” and that the move would “kill Parler’s business – at the very time it is set to skyrocket”.

After Donald Trump was banned by Twitter on January 8th, Parler saw its downloads soar until the intervention by Google, Apple and Amazon.
“Given the context of Parler’s looming threat to Twitter, and the fact that the Twitter ban might not long muzzle the president if he switched to Parler, potentially bringing tens of millions of followers with him, AWS moved to shut down Parler,” the lawsuit claims

Parler also argues that Amazon Web Services breached its contract by cutting it off abruptly – despite a contractual obligation to provide the company with 30 days’ notice of its intention to terminate its hosting arrangement.

Amazon says it had warned Parler about threatening posts on its site, but Parler said it had removed reported and problematic posts.

In the U.S. the Sherman Antitrust Act specifically prohibits companies from “contracting or conspiring” to restrain trade or commerce.