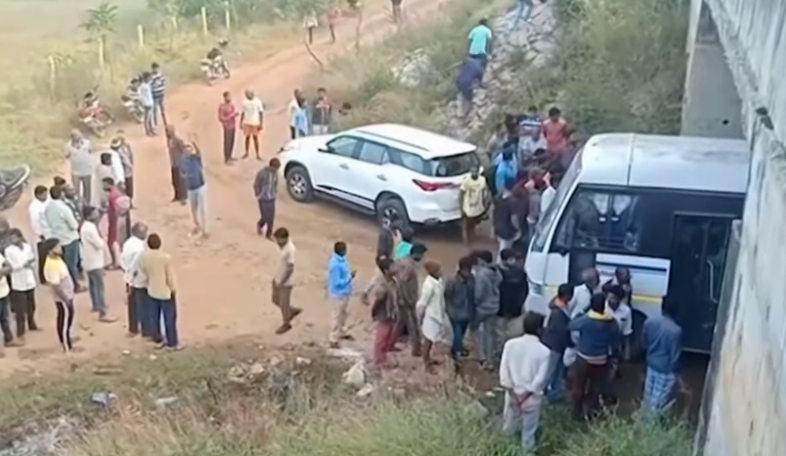 One of the most high-profile rape and murder cases to grip India recently was brought to an unexpected end today.

Indian police say they were visiting the scene of a rape and murder with four suspects who unexpectedly tried to grab guns from the officers, causing all four to be shot dead underneath the bridge where the original crime had been committed in the southern city of Hyderabad.

A 27-year-old veterinary student had been raped and murdered at the scene in late November, causing an outcry across Indian society as it tries to deal with what appears to be a sexual assault epidemic throughout the country.

The young woman had been offered help by truck drivers after getting a flat-tire, only for her burned and brutalized body to be found later under the bridge.

Locals celebrated the shooting of the four suspects, showering police officers with rose petals, although questions remain as to what exactly happened and why the four were taken to the crime scene at 3am in the morning.

The mother of the murdered woman told the BBC that “justice has been done. I never thought we would get justice. No other girl should experience what my daughter did.”

The case follows the burning alive of a rape victim on her way to court in north Indian state of Uttar Pradesh, with the 23-year-old surviving the ordeal despite suffering severe burns on 90% of her body. Five men had poured kerosene on her in an attempt to stop the trial.