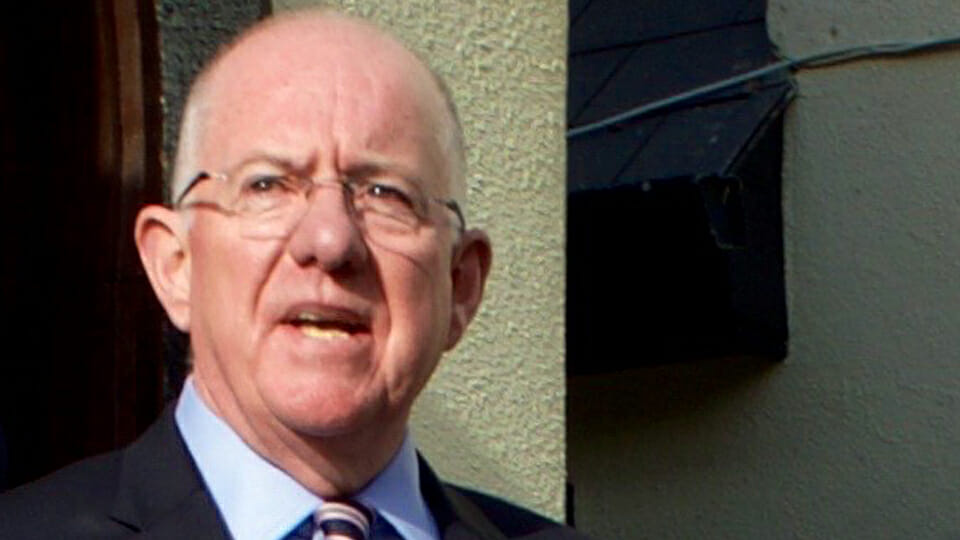 Charlie Flanagan, the Minister for Justice, is doing a terrible job of balancing the needs of migrants and asylum seekers with the concerns of local communities.

The sheer arrogance shown by his Department is extraordinary. They’ve refused to consult with locals before making high-handed announcements about direct provision centres opening in jig time, with everyone in the area expected to put up and shut up.

Instead of learning a lesson from what happened in Oughterard  when locals naturally took umbrage at the Minister scolding them to “step back” and let him take charge, Charlie Flanagan and his department brazenly pressed ahead with the same lack of transparency in a series of other small rural towns.

The Department of Justice continued to act in secrecy, on the basis that local would only be consulted after a decision was made. It didn’t matter that people in long-neglected rural communities were concerned about the lack of resources including schools, medical facilities, policing and more, or that they felt they’d like to know who was being brought to their town when, as in more than one case, the population of the town was set to increase by 15% if the Department settled large groups of asylum-seekers and migrants there overnight.
In the face of this opposition, Minister Flanagan obviously decided to up the ante by writing articles and giving interviews accusing local communities of being controlled or motivated by dark forces,and to paint those who were averse to his plans as racists.

He was “very concerned at situations where local opposition is being unfairly and unduly whipped up with anti-immigrant sentiment”, he said about Oughterard, adding (apparently without a trace of irony)  that once a decision was made local communities would be consulted.

The Minister warned that some of those opposing the imposition of direct provision centres were seeking to “whip up anti-immigrant, anti-asylum seeker sentiment”. “This is insidious and dangerous behaviour”, he thundered in the Irish Examiner.

The paper then began reporting the entirely peaceful protest in Oughterard as a “racism row stand-off”, despite the local community repeatedly insisting that opposition to direct provision was based on genuine concerns and had nothing to do with racism.

Fianna Fáil’s Jim O’Callaghan also got in on the act, using the language of the nod and wink when he implied that there might be “lawlessness” involved in local protests. It doesn’t matter if protests are peaceful, throw in an accusation of lawlessness and see how much mud sticks.

There’s nothing new in this kind of politicking, and making knee-jerk accusations of racism has certainly stymied any open or healthy debate on immigration in Ireland for years. But, it seems, people are no longer willing to put up with the arrogance of government who won’t even bother to consult with local communities before imposing radical changes.

Now locals are peacefully protesting against direct provision centres in Ballinamore and Achill, and Flanagan is again using weasel words to paint them in the worst possible light.

He says he’s concerned about the rise of  ‘alt-right’ sentiment on social media, and that he and Minister of State David Stanton want to “to beef up” laws outlawing hate speech.

Practically in the same breath, he then accused the people of Achill of denying safe haven to ‘vulnerable women and children’ and said he was “appealing for the lifting of the siege” in Achill.

Lifting of the siege? The words conjure up images of armed and dangerous barbarians seeking to kill and destroy helpless women and children. Describing entirely legitimate protests in that way is both deceitful and dangerous.

But Charlie Flanagan is no fool. Those words were picked with care, and are designed to do exactly what he is accusing the alt-right of doing: demonising and misrepresenting ordinary decent people, and, quite likely, setting them up to be attacked by the kind of idiotic and violent left-wing extremists who are always spoiling for a fight.

It was somewhat bizarre then, after weeks of Flanagan bashing any criticism of immigration as racist, to see his boss, Leo Varadkar, making the front pages of the Sunday papers yesterday for criticising illegal immigration.

The Minister who is so eager to deal with hate speech on social media needs to stop whipping up hatred against decent people who have every right to express their concern at bad government policy. His weasel words are having the same effect as the extremists on social media – creating tension, suppressing debate and seeking to silence ordinary people.

The new housing bill would let the Government seize your home

Stay and Spend: Dining out on the disabled, elderly and unemployed?