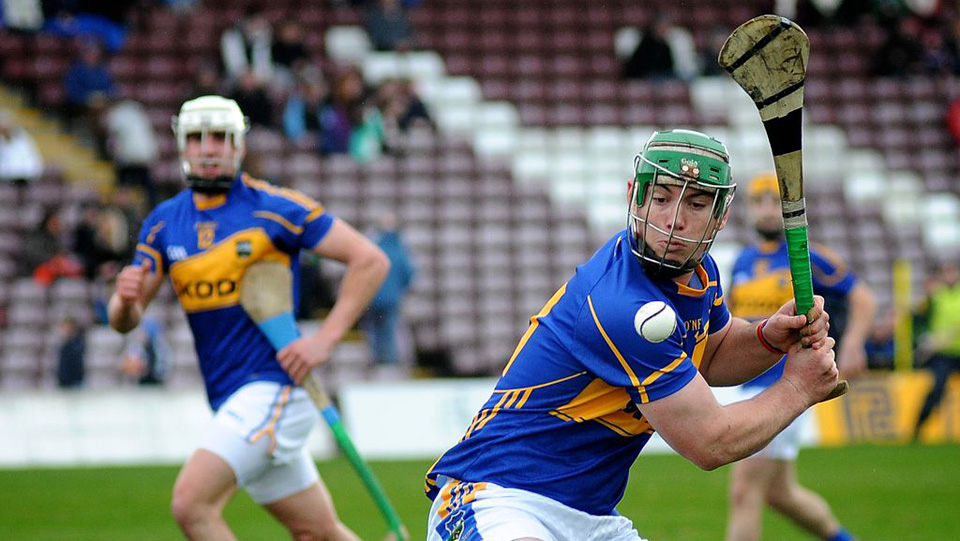 The first record of a hurling match describes an epic encounter that took place in 1272 BC between the Fir Bolg and the Tuatha Dé Dannan at Maigh Tuartha near Cong in County Mayo. Hardly a stronghold of the modern game, Maigh Tuartha is nevertheless part of the rich body of lore that relates the tale of the most ancient of Irish traditions.

Leabhar na Nuachonbhála, known also as The Book of Leinster, the compilation of which was began in 1152, tells us that the invading Tuatha Dé Dannan were demanding half the country from the native Fir Bolg; and so a battle was to eventuate. While the sides were preparing for battle, it was agreed that there would be a hurling match between twenty seven of the best warriors from each side.

“The match began. Many a blow was dealt on legs and arms till their bones were broken and bruised and they fell outstretched on the turf and the match ended.”

The account goes on to tell us that the Fir Bolg won and fell upon their opponents and slew them.

But while the Fir Bolg won the match, the Tuatha Dé Dannan won the battle and command of all Ireland. One of their Kings, Lú Lámh Fhada started an annual fair called Aonach Tailtean which would continue an unbroken yearly patronage of warrior sports, up until the reign of last High King of Ireland, Ruairí Ó Conchubhair in the 12th century. It was always held on the first of August and it lent its name to the month, Lúnasadh, Lú’s fair.

The story of Setanta who became Cú Chulainn is the most famous reference to hurling in the ancient Irish cycle of stories – and the manuscripts are peppered with stories of hurling, a sure sign that it was an integral part of the nation.

In Tóraíocht Dhiarmada agus Gráinne, we hear from Gráinne herself:

“Of a day when a hurling match was played on the green of Tara, between Mac Lú and the Fianna on one side and Cairbre of the Liffey and the men of Tara on the other, I sat high up on the window of my sunny chamber to see the game.”

“I saw you start up and, snatching the hurley from the man nearest to you, you rushed into the thick of the crowd and before sitting down you won the goal three times on the men of Tara. At that hour, my eyes and my heart were turned to you though I knew not your name till the druid told me. At that same hour, too, I gave you my love, that I never gave, and never will give to another.”

The coming of the Normans marked a remarkable departure in culture and society in Ireland, and hurling became part of battleground in the clash of the Native and foreign cultures. To that end, the statutes of Kilkenny (1366) tried to reverse the Norman habit of adopting Irish customs and reinforce a distinction and enmity between the Irish and Loyal English identity. Part of it reads:

“…it is ordained and established that the commons of the said land of Ireland, who are in dicers marches of war, use not henceforth the games which men call hurlings with creat clubs of a ball along the ground, from which great evils and maims have arisen to the weakening of the defence of the said land, but that they apply and accustom themselves to use and draw bows and throw lances and orther gentle games that appertain to arms; whereby the Irish enemies may be better checked by the leege commons of these parts.”

Although the GAA standardised a set of rules for hurling, it is not true to say that hurling was unregulated all through history before that. The GAA saved hurling from a terminal decline that had festered throughout the 19th century, as the country suffered under dire and genocidal English management and its resultant manifestations of famine, emmigration and poverty, but it was not the first time that hurling had been subject to rules. In ancient Ireland, hurling was governed by the Brehon Laws. To strike a player a deliberate blow of the hurley was punishable by law. It specified four fouls in play, which are still contained in the modern rule book. They were: to lie on the ball, to sandwich a player between two, to pull both ways, and throwing the hurley.

Although there are numerous newspaper reports of the “the landed gentry” patronising hurling in the 18th century – leading to it being termed “the golden age of hurling” – it is not unduly contested that this was a gambler’s interest in a widespread cultural pastime. It is not surprising that the papers of the time only reported on the game where it touched on the privileged lives of the landlords, but one report of a French observer tells a different story:

“And now I think I may say something to you about the sports used among the Irish on their holidays. One exercise they use very much is their hurling. When the cows are casting their long hair, they pull it off their backs and with their hands work it into large balls that grow very hard. This ball they use at the hurling which they strike with a stick called the commaan, about three foot and a half at the handle –  they seldom come off with broken shins or heads in which they glory so much,  this game commonly is played upon some very large plain, the barer the grass the better, and the goals are 200 or 300 yards from the other; whichever party drives the ball between the other’s goal wins the day.”

The GAA was part of a Gaelic revival at the end of the 19th century that revived a suppressed pride in the nation’s traditions and history. Nowadays it is the biggest organization in the land and the All-Ireland in both Hurling and Football have become the most visible and lore-worthy events of each passing year. 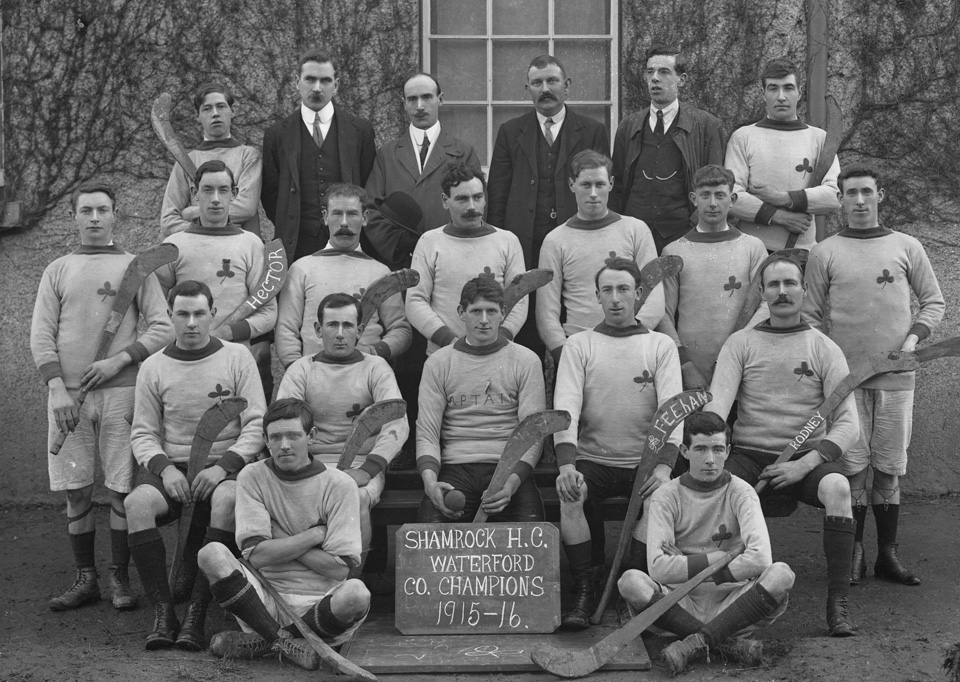 This grave slab provides a medieval snapshot of the Irish hurling hurley stick and sliotar (ball). The gravestone has not been relocated from its original position, and currently resides at the Clonca Church in Inishowen. Photo credit: Andreas F. Borchert under CC licence

PODCAST: Dr. Irwin Redlener on his book The Future of Us, praises strong two-parent families