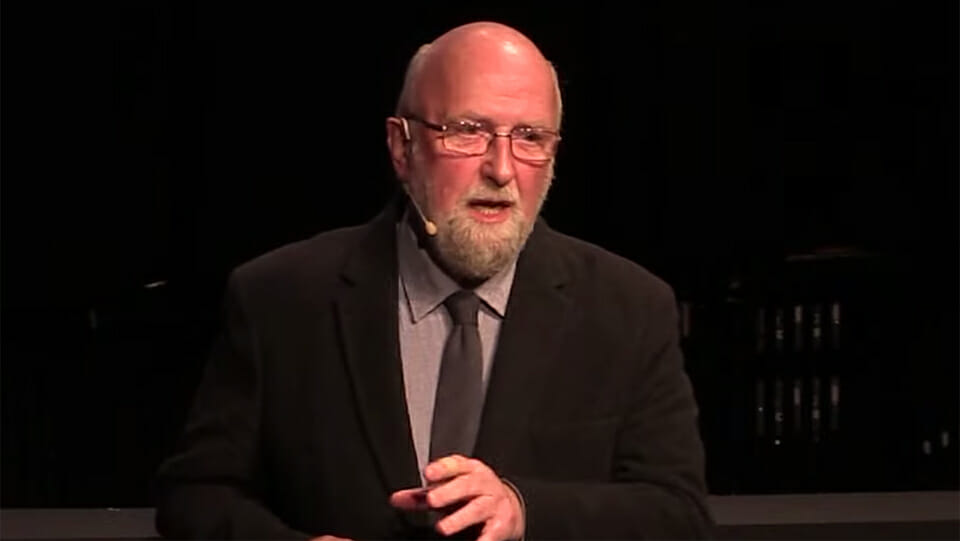 The Venerable Fergus Finlay has thrown his ponderous intellect into the war against the Irish Deplorables. His response to the protest against the lockdown on Saturday was to suggest that a census be conducted to discover how many of the thousands who attended, and not just “the violent ones”, were in receipt of the PUP payment for people who are out of work due to the ongoing closures, for ever in many instances, of local businesses. As if this was either their own choice, or some sort of charity paid out of St. Fergus’s own pocket.

Finlay is currently on the board of the Health Services Executive. One in a long line of sinecures he has occupied and which the Irish liberal golden circle bestow on one another in the manner of Georgian courtiers. Previously, when CEO of Barnardos, Finlay was found to be in breach of HSE pay limits as agreed in the Haddington Road agreement. An agreement that was designed by his own party. So less of the preaching maybe.

There were violent incidents on Saturday but as other coverage has indicated, they were not reflective of the overall nature of the protest, and had nothing to do with the vast majority of those who attended. That distinction has not been made by any of those who have tarred all with the lunatic actions of a small number of thugs, particularly one individual who was seen to attempt to set off a firework in the direction of Gardaí.

Lots of people seem to know who he was. Some journalists have been given information, presumably from the Gardaí, indicating that he is a person with previous convictions for “anti-social behaviour”. So, nothing to do with any political organisation, if this is accurate.

That of course does raise the issue of protests in general, and the responsibility of organisers to ensure that such events are not used by anyone to engage in violence and disorder. However, to taint all of the people who attended Saturday’s protest with the actions of the fireworks idiot, is as unfair as to depict all of those who attend League of Ireland matches with the actions of small numbers of supporters whose sole interest is in having fights with rival groups.

One of the objects of the conflation of the protestors, and indeed of anyone questioning the lockdown in general, with the person who fired the rocket is to create some mythical “far right” trope. The far left were upset by the initial gaffe made by Commissioner Harris that their thugs had been involved. Forgetting that they currently regard themselves as some sort of Pandemic Milice who have taken it upon themselves to attack anyone identified as attending protests of which they disapprove.

Not to be outdone, far left Sinn Féin TD Louise O’Reilly was given space by RTÉ to attack the protestors not only as “far right”, but to claim that “if you are anti-mask you are anti worker.” Curiously, O’Reilly – whose sensitivity on the part of the far left is understandable given her own Communist background – had nothing whatsoever to say about the violence that took place in Blanchardstown in January. Indeed, her party along with the rest of the far left clearly took the side of the protestors who, as Gript and very few others highlighted, were allowed terrorise large parts of north county Dublin in the days following the shooting of George Nkencho.

There was very little concern for workers or Gardaí in what emanated from the red corner during all of that.

O’Reilly would have known, had she not arrived in Sinn Féin a few weeks before being handed a Dáil nomination, that the same media and political bile being directed against anyone who dares question the nature of the lockdown is exactly the same as that which was directed at those who supported the H Block hunger strikers for example.

That bile is also strikingly familiar to the manner in which those outside the left liberal consensus have been attacked in other countries. Everyone who supports Trump is a hillbilly racist militia member; all Brexit supporters are either Colonel Blimp caricatures or knuckle dragging white supremacists; and there are similar cartoons for similar deplorables in Poland, France, Italy, Hungary and so on.

Now it seems we have the Irish Deplorable. The ones to blame for being “super spreaders” and “spitting in the face of frontline workers” are not the gombeens importing cheap labour, or the facilitators of bogus asylum seekers from countries with they very own variant, or the slum landlords and Dickensian “language academy” student mills.

Oh no. Of far greater danger is the Crumlin variant, or the Blackrock Hurling Club variant, and the Croagh Patrick variant. Many people have had enough of all of this. Enough of the blatant double standards of the political elite and their hirelings in the NGOs. Enough of the incompetence of the Dublin and Stormont administrations in their handling of the virus panic.

What really frightens those whose life’s ambition is to control as many aspects of people’s lives as is possible, has nothing to do with the “far right” or violence. None of them likes being questioned. And whether you are an eminent doctor, one of the small number of dissenting elected representatives, or someone who wishes to make their voice heard in the midst of social disintegration at a cost way beyond Covid deaths and cases, you are a Deplorable and you shall not be heard.

OPINION: As a doctor, RTÉ’s one-sidedness astounds me