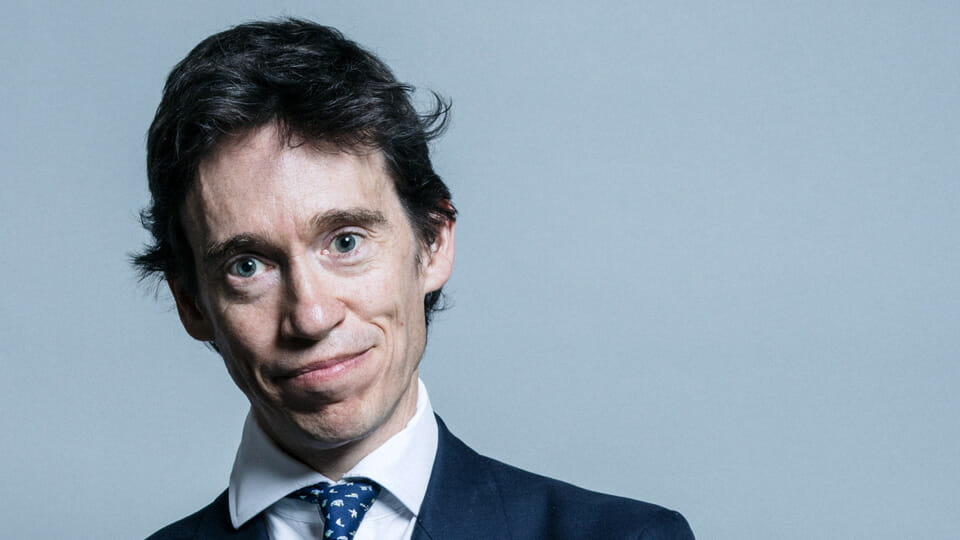 A former Minister of State for Prisons in Britain has said that while he served in government there were “situations of male prisoners self-identifying as females then raping staff in prison”.

Former Tory MP, Rory Stewart, made the shocking claim in an interview with GQ magazine.

The issue of trans prisoners who are biologically male but seek to be housed in women’s prisons has become difficult to ignore in recent times, in Britain at least. The demands of transgender activists – not least an insistence that women who seek to put safety ahead of those demands be labelled as ‘hate-groups’  – sparked a divisive debate recently in the leadership campaign for the British Labour Party.

Asked by GQ whether anyone who identifies as a woman should be allowed to go into female-only spaces such as toilets, Mr Stewart said: “I’m instinctively worried about that, partly because when I was prisons minister, we had situations of male prisoners self-identifying as females then raping staff in prison.

“So I think if someone is biologically male, particularly in an environment like a prison, we shouldn’t allow that to happen,” he said.

“We have to be pretty cautious about how we think that happens in other spaces. The important thing is, I think the right of women to feel safe trump the rights of somebody who’s biologically male to enter that space,” Mr Stewart continued.

Policies on spaces from bathrooms to prisons are now coming under some scrutiny as women increasingly speak out to insist that women’s safety is paramount.

In 2018, a violent British prisoner identifying as Karen White attacked two female inmates after being moved to a women’s prison. The trans inmate – born Stephen Wood – was serving a life sentence for two rapes committed outside of jail, and is a convicted paedophile. While White dressed as a woman, the transgender inmate had not undergone surgery and while in New Hall women’s prison sexually assaulted two other inmates.

A support worker said that White, described as manipulative and cunning,”would report people for a hate crime if they stumbled over which name to use for her”.

The British Prison Service says that the overwhelming majority of transgender prisoners in the UK were men who identified as women.

In Ireland, the Law Society Gazette recently reported on “a new phenomenon” in Irish jails, where male-bodied prisoners can now be housed with women – even when those prisoners have a record of sexual assault against women.

Criminal defence lawyer Robert Purcell told the Gazette that the 2015 Gender Recognition Act has created “an impossible position” with regard to transgender prisoners. It is permissible to legally change gender under the Act in Ireland by simply signing a sworn statement.

Purcell believes there is, potentially, a safety issue for women inmates housed alongside a male-bodied prisoner,’ the Gazette reports.

In September 2019, in response to a question from Deputy Peadar Tóibín, the Justice Minister Charles Flanagan confirmed that an alleged sex-offender, born male, was being held in the women’s prison in Limerick. It was confirmed that “the inmate was born male but is now recognised as female under the Gender Recognition Act 2015. It is understood that she has not undergone any transgender surgery, nor is she receiving hormonal therapy.”

“It’s not over”: North of Ireland Party leader and pro-lifers vow to fight on against abortion law