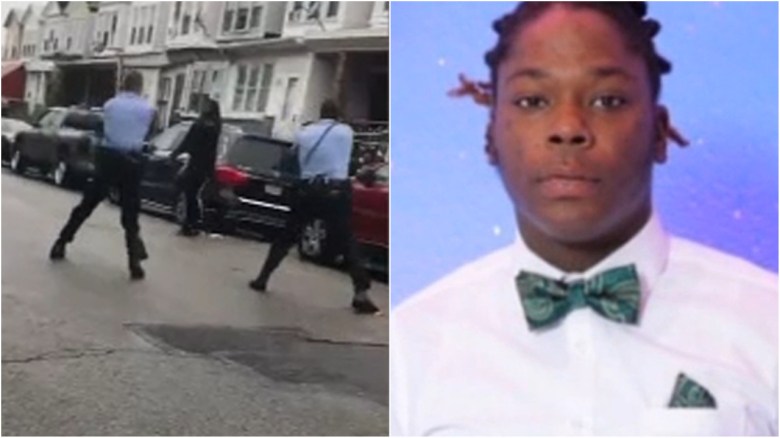 The shooting of a black man wielding a knife by police has sparked intense rioting in Philadelphia overnight.

Hundreds of people gathered outside a city police station on Monday night as news spread about the shooting dead of 27 year-old Walter Wallace Jr. earlier in the day.

Wallace was repeatedly warned to “put the knife down” by police before they opened fire, with multiple shots ringing out as he fell to the ground. He was later pronounced dead upon arrival at a nearby hospital.

Philadelphia cops fatally shot Walter Wallace Jr. today, firing 10+ times at him while he stood at least 10ft away. He allegedly had a knife but cops made NO attempts at de-escalating the situation in this video. They went straight to killing Wallace in front of his loved ones! pic.twitter.com/U2zYGqK7Ag

Many local residents confronted police after the shooting, criticizing their colleagues for taking lethal action.

Protestors then gathered at Malcolm X Park and marched to a nearby police station, chanting, “Say his name: Walter Wallace.”

A caravan of dozens of cars and protestors are driving up Walnut protesting the murder of Walter Wallace #Philadelphia #BlackLivesMatter pic.twitter.com/OxTwamfV0i

Bricks, trash cans and other objects were thrown at police who had stood in a line with riot gear close to police headquarters, with batons eventually being drawn on the protestors.

Cops chased out of west Philadelphia as widespread looting and clashes break out following the killing of Walter Wallace Jr by Philly police. Police cruisers burned, neighbors cheering from porches. Black people have the right to defend themselves from state terrorism. pic.twitter.com/36oEm63mqy

#US: Police in Philadelphia have escalated the protests decrying the police killing of Walter Wallace Jr shot 10+ times. In this scene, you can see police beating unarmed protestors with batons. #BlackLivesMatter #EndImpunity (📹@xxxtarynxx) pic.twitter.com/ytsDRg7Sqj

One female officer was also hit by a truck during the riots and taken to hospital, shortly before 1am. A total of 30 police officers are thought to have been injured in the violence.

At the Philadelphia BLM riot, a cop got hit or run over by a speeding vehicle. pic.twitter.com/S12XuEoNAi

Looting ensued in a number of stores in West Philadelphia throughout the night.

Mass looting breaks out at clothing and shoe store during tonight’s BLM riot in Philadelphia. pic.twitter.com/htXN1rsbCk