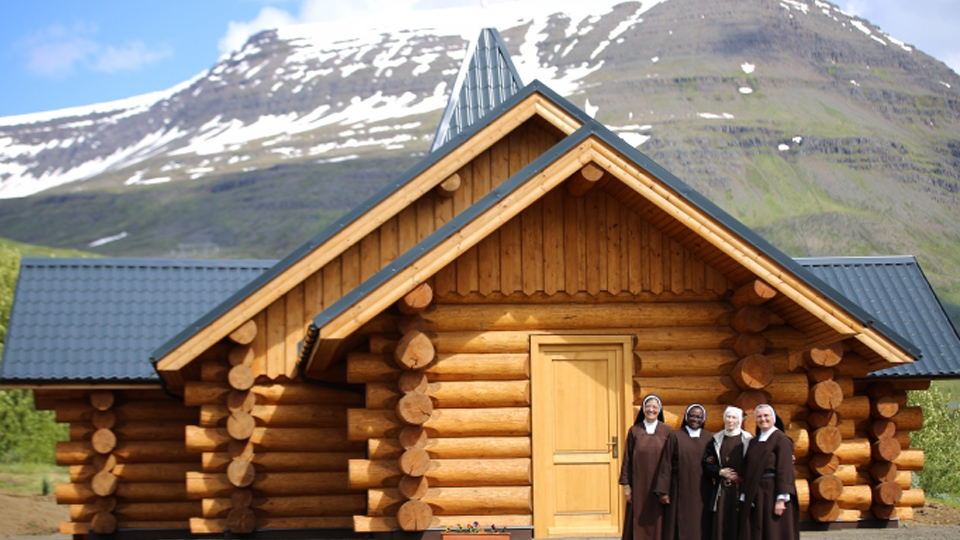 The faith is booming as fast as the domestic economy, and the young outnumber older people in the pews.

On a dark, bitterly cold night in Reykjavik this winter, worshippers were scattered in pews for evening Mass at the Catholic Cathedral of Christ the King, an eye-catching local landmark in the western section of Iceland’s capital. Iceland’s Catholic Church is booming as fast as the domestic economy, and on the vigil of All Saints, one of the curiosities — and the most obvious characteristics of that growth — is how the young outnumber older people in the pews. 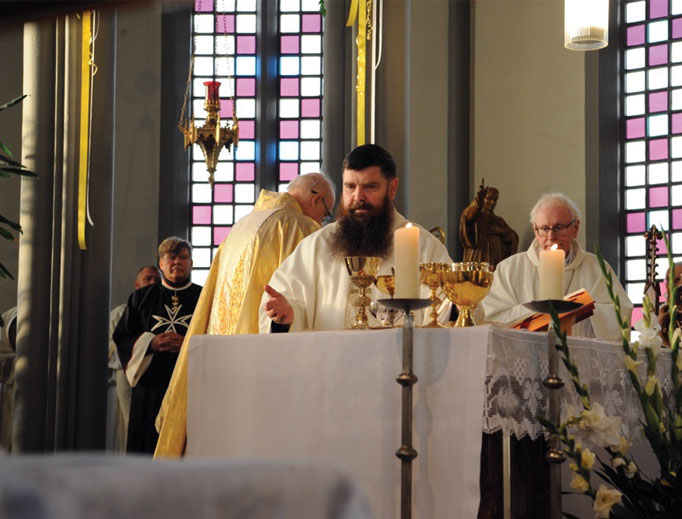 This Neo-Gothic cathedral is another curiosity, atypically adorned by a flat roof, which surprises some visitors expecting a classic spire soaring triumphantly into the heavenly Nordic skies. When sunshine peaks in the summer, sometimes casting brilliant light all day, it is possible to see it illuminate the cathedral’s gray-stone exterior and gently brighten the stained-glass windows.

Statues and sacred art do not overwhelm the senses at Christ the King, which in 2000 was named a minor basilica, 10 centuries after Iceland officially became a Christian nation. Religious imagery instead pleasantly sharpens the mind. The statue of Iceland’s patron, St. Thorlac, 1133-1193, on the left aisle, is especially striking. When sunshine streams through the stained-glass window high above the main altar, beams of light can fill the nave as worshippers receive Holy Communion. Many congregants kneel at the rails in this middle altar, some receiving the sacred Host on the tongue.

This display of reverence at Communion — uncommon in the U.S. — seemed like a remarkable act of piety, a harkening back to tradition. Franciscan Bishop Dávid Tencer, who leads the Catholic Diocese of Reykjavik, told me: “Here, this is normal.” Bishop Tencer, a Capuchin friar, with a long flowing beard, said that kneeling is a popular tradition among Icelandic Catholics.

“The people receive usually kneeling, though if they wish, they can also stand,” explained Father Patrick Breen, rector at the cathedral and vicar general of the diocese. “It has always been this way, and it will be unless someone would decide to take away the communion rails.” Father Breen shuddered to think that would ever happen.

Tradition runs deep in Iceland’s Catholic Church. “I would say Icelandic Catholics who do practice tend to be quite conservative,” reported Father Breen. The sound of Gregorian chant sometimes fills Sunday Masses at Christ the King. And many signs associated with a vibrant Church, from Eucharistic adoration to family prayer life, are everywhere. There are also clear signs of which side the Church in Iceland takes on a most fundamental issue.

On the grassy hilltop outside the cathedral, a short walk from the city center that bustles with international tourists, a large 90-year-old bell waits to toll. “It is the bell of life,” Bishop Tencer told me. “And it makes the most magnificent sound when it is tapped, especially when people gather to pray near the bell for the protection of human life in the womb.”

“Sometimes,” added the bishop, “visitors might come in the early hours of the morning, especially during the nice summer weather, and I might occasionally catch the sound of the bell ringing. This is so beautiful.” 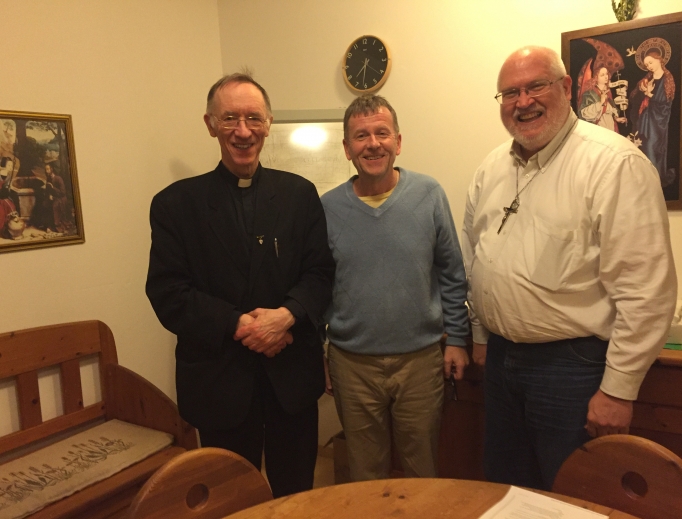 In a mostly secular nation, the Catholic Church in Iceland stands apart from the majority Evangelical Lutheran Church of Iceland, the national church, on abortion rights. Unlike the Catholic Church, the national church does not oppose legalized abortion. Most Icelanders are, at least nominally, Lutheran. And socialized health care covers legal abortion in Iceland, which makes world headlines for the nearly 100% reported abortion rate of unborn babies testing positive for Down syndrome. (A small number of mothers decline the test or reject abortion if the baby is diagnosed with Down syndrome.) Bishop Tencer is deeply saddened by this statistic and those who support it. “The Lutheran bishop of Iceland has declared herself pro-abortion,” he said, referring to Agnes Sigurðardóttir. “This is very strange and not possible for us as Catholics. How can you be a Christian and pro-abortion at the same time?”

People in the Pews

Once comfortably warm and safely inside this notable cathedral, consecrated in 1929, the fresh faces of the people in the pews offer a strong glimpse of the Catholic Church in Iceland today. For well over a decade, young Catholics have been flooding the Church here — and most are recent immigrants.

“We have members in the Catholic Church today who’ve come here from many nations, and we count nearly 100 languages,” said Bishop Tencer, noting that, by far, the largest number of newcomers are Polish, who account for about 4% of Iceland’s population.

Iceland eventually recovered from the 2008 financial crisis that interrupted this momentum by plunging the island-nation’s economy into a depression. It was a painful setback that forced economic soul-searching in a country popularized by stunning snow-covered landscapes, volcanoes, geysers and plentiful geothermal power. Tourism, fisheries and technology led the recovery. Today, cranes crowd downtown Reykjavik, where Polish crews build avant-garde hotels and pour concrete for glistening office towers. 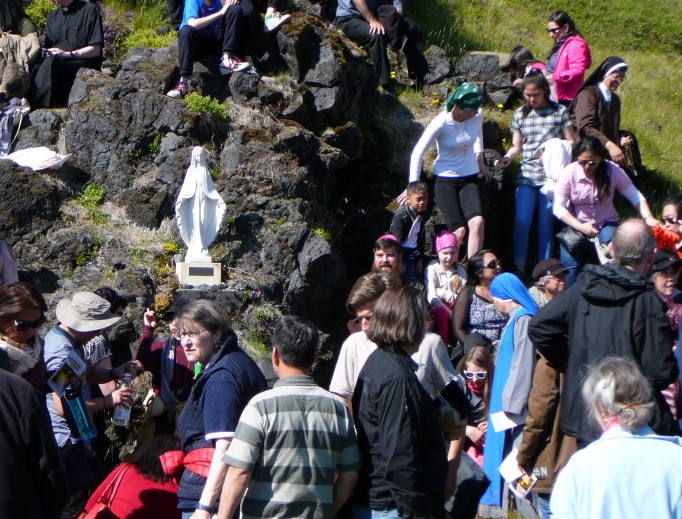 Fifty years after it was founded, the Catholic Diocese of Reykjavik, comprising Iceland’s six parishes and 18 churches across this curious Nordic island in the North Atlantic, has never been as strong numerically. And it is growing as rapidly as the domestic economy, where tourists outnumber locals by three to one. By definition, the Catholic Church in Iceland has the kind of rapid growth that would gladden bishops in other nations. “We are the fastest-growing Catholic community in the Nordic countries,” said Bishop Tencer.

In 1970, there were about 1,000 Catholics, mostly natives, in Iceland. Since then, in about a decade, the Catholic population has skyrocketed from about 3,000 members to an estimated 13,500 registered Catholics. Most are immigrants. That means Iceland’s Catholic population is now hovering around 4% of Iceland’s population of 338,000, up from barely 1% in less than a generation. “It is a young Church today — as many as 80% who attend Mass on Sundays are young people, and this is a very recent phenomenon for us,” said Bishop Tencer. “When you step into the churches here, you will see many young faces, but not as many older people.” Masses are conducted in Icelandic, Polish, Spanish and English. “In one recent year alone,” added Bishop Tencer, “we had 150 baptisms, compared with about 15 to 20 funerals.”

Serving this growing Catholic population are 16 priests from other countries and one local from Iceland. The foreign priests come from various countries: five from Poland, three from Slovakia, one from the Czech Republic, two from Ireland, one from Germany, one from France, two from Argentina and one from Britain (now retired). There is a religious brother from Slovakia and many dedicated orders of religious sisters, warmly praised for pious works of Christian charity and devoted prayer lives. Bishop Tencer, a native of Slovakia, was named the diocese’s fifth bishop in 2015.

By all accounts, Iceland’s is an immigrant church. Sitting in the study of his neat rectory, Father Breen, a native of Dublin, Ireland, has witnessed the rapid growth since he arrived here as a priest in 1984. “The Church here is quite strong,” said Father Breen, a teetotaler who proudly wears his pin of the Pioneer Total Abstinence Association of the Sacred Heart, an international group based in Ireland and with a branch in Iceland, that promotes abstinence from alcohol. “The Polish immigrants,” added Father Breen, “are probably the most traditional.” 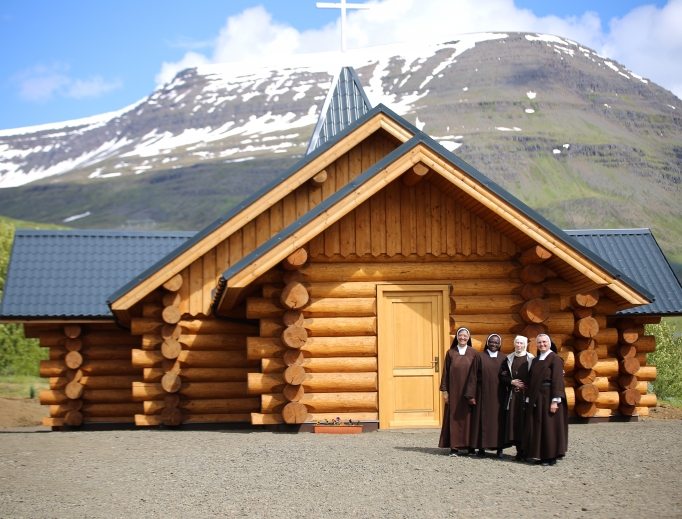 But while the growing number in Iceland who call themselves Catholics is an impressive statistic, the underlying reality may provide a different, if sometimes dispiriting, picture. By several estimates, about 20% to 25% of all Catholics in Iceland attend Sunday Mass, for instance, hovering around the same rate as much of the United States, and in many parts of the Western world, today. (In addition, the surge in tourists who are Catholics visiting Iceland also means some extra faces at local Churches, especially for weekend Masses.)

Father Breen, for his part, welcomes all comers. He is well aware of the low attendance at Sunday Masses and of social problems that plague Iceland’s Catholic immigrant communities as much as other communities. Among the many Catholic immigrants, it is common for some couples to cohabitate before they arrange civil and then Church marriages. “I personally feel the number of marriages within the Catholic Church in Iceland is very low, and many couples tend to first arrange civil marriages before Church marriages,” said Michael Friggie, a permanent deacon at Christ the King, “but that might also be a worldwide and a European phenomenon.”

Deacon Friggie, ordained in 2017 and a married father of six, arrived in Iceland from America’s Midwest some years before to work professionally as a geneticist for a startup. “I am very excited to be a deacon because of this charmer,” he said, nodding to Father Breen in the room, for encouraging his vocation. “I love this diocese, where personal interaction is so much easier than back in Indianapolis, a place where I might have met the local bishop only at confirmations,” Friggie added. “Here I can stop by and can have coffee with the bishop anytime.”

As he witnesses a burst of new life in Iceland’s Catholic Church, Bishop Tencer seems pleased. But like the ebbs and flows of the fresh ocean water that laps up on shore here, the tide can go either way, he realizes. “The future looks bright when we are going in this direction today,” Bishop Tencer said. “But things can change very quickly, so who knows where we will be at in two to three years?” Then he added: “There could be another crisis, for example, and foreigners who’ve come here may move away from Iceland to somewhere else.”

Still, Bishop Tencer is undeterred, seeing the influx of immigrants as a huge blessing for Iceland’s Catholic Church. As he said, “These immigrants come here from many different cultures, bringing wonderful elements of faith and customs and practices they follow at Christmas and during other seasons.” 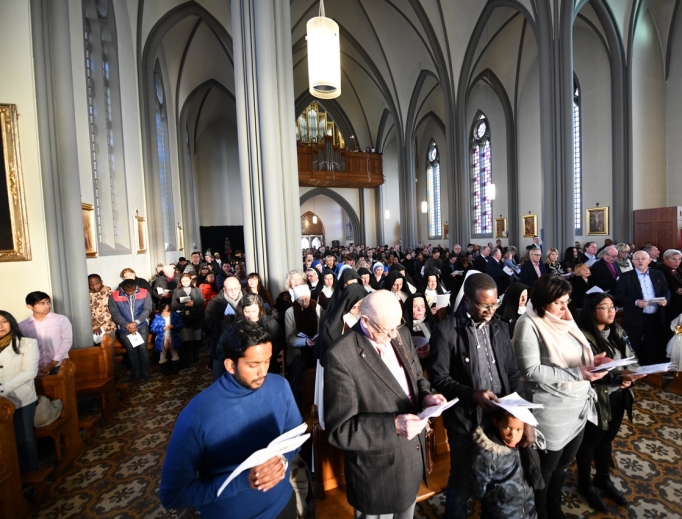 Photos: From top to bottom: Bishop Dávid Tencer of the Diocese of Reykjavik celebrates Mass at the Cathedral of Christ the King. At the rectory of Christ the King, Father Patrick Breen (l), John Aidan Byrne (c) and Deacon Michael Friggie (r) are all smiles. The diocesan pilgrimage to Mariulind on the west coast draws the faithful. Nuns at St. Thorlac Church in Reyðarfjörður are happy in their vocations and the lovely locale. And the cathedral draws worshippers, who number many immigrants and youth. (Diocese of Reykjavik and John Aidan Byrne photos)

SHANNON ROBERTS: A huge increase in the childless elderly signals a crisis in social care