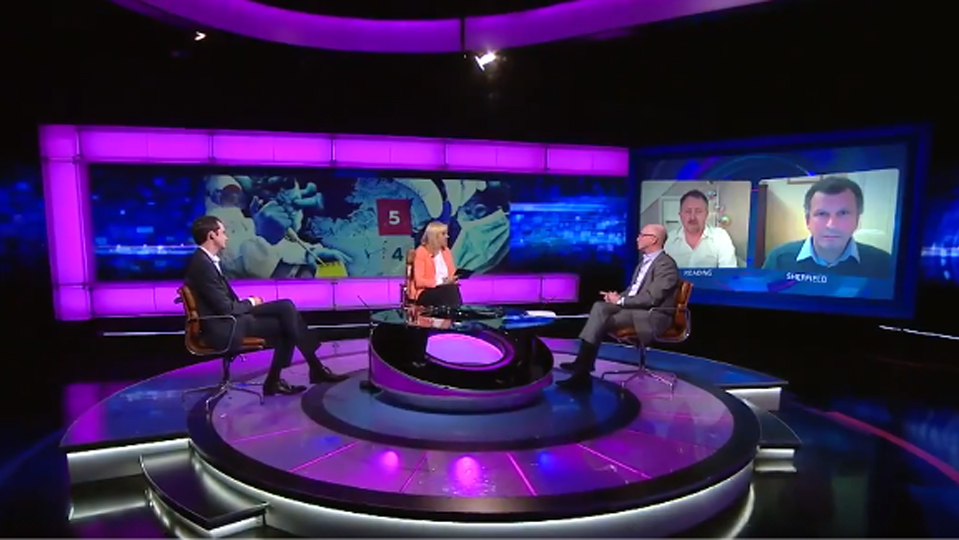 Is professor John A. Lee an expert in infectious diseases? Not quite. He’s a pathologist – he studies causes of death and the effects of diseases and injuries. He’s pretty qualified, but by no means a world leading expert. Still, he was more than qualified enough, apparently, for a guest slot on Prime Time last night, alongside economist Dan O’Brien and pro-lockdown Prof Tomas Ryan. Ryan, incidentally, isn’t an immunologist either – he’s a neuroscientist, who specialises in diseases of the brain.

In any case, to what extent is specific expertise in the Coronavirus, or infectious diseases, really relevant any more? The average person who reads a newspaper now knows almost as much about Covid 19 as the average medic does: It’s highly infectious, significantly more lethal than the flu, and, yet, as we now know, not especially dangerous to the average person.

All of which poses the question of whether the present response to it is justified. Not so, says Professor Lee:

First on tonight's show, former Prof. of Pathology Dr. John A. Lee disagrees with the lockdown and says that we're acting as if this virus is a "new plague". #rtept #COVID19 pic.twitter.com/ZtBS5umV4O

“Very little evidence” he says, that lockdowns, masks, social distancing, and all the rest of it, work.

Is he right? On facemasks, he absolutely is. There’s basically no evidence that anybody can point to that mandatory masking has reduced the number of Covid cases. The best we can do at this point is argue that without them, things would be much worse. But that’s a bit like arguing that without Saint Patrick, Ireland would be crawling with snakes. You might have faith that it’s true, but there are no figures or observable evidence to back it up.

On lockdowns and social distancing, it’s a little bit harder to say that he’s definitively right. He’s not arguing, remember, that lockdowns are a price that’s too high to pay, he’s flat out saying that he does not think they work. The figures don’t prove him wrong, but they strongly suggest that he is:

Cases fell when we introduced restrictions and rose when those restrictions were relaxed, and kids went back to school. Nobody can 100% say that is directly correlated, but usually in life the most simple explanation is the more accurate one. Across the globe, we saw the same pattern: Lockdowns led to falling case numbers. Arguing that they do not work just doesn’t seem to make any sense.

Arguing that they are a disproportionate over-reaction, though, to the present situation, does make sense. Dan O’Brien, speaking on the same programme, last night, made that point.

In the Spring, with dire predictions of hundreds of thousands of deaths, and no certainty on how bad the virus was going to be, or how dangerous it might be to the average person, lockdown was arguably the only rational response a Government could make.

But today? Today we know exactly how lethal covid is – and that its lethality, far from getting worse, has actually fallen. More pertinently, we also know just what the economic consequences of lockdowns are, in terms of businesses suffering, government borrowing shooting through the roof, and the accumulation of non-covid cases on health service waiting lists.

This isn’t February – it’s October. And you would think, with the benefit of eight months of observation, combined with intensive international research, policy makers might have managed to come up with a new approach.

But no, lockdowns of some form or other it is, says the Taoiseach, until we get a vaccine. And let’s face it: We may never get a vaccine.

In the green rush to close peat power stations, thousands of horticulture jobs are now endangered