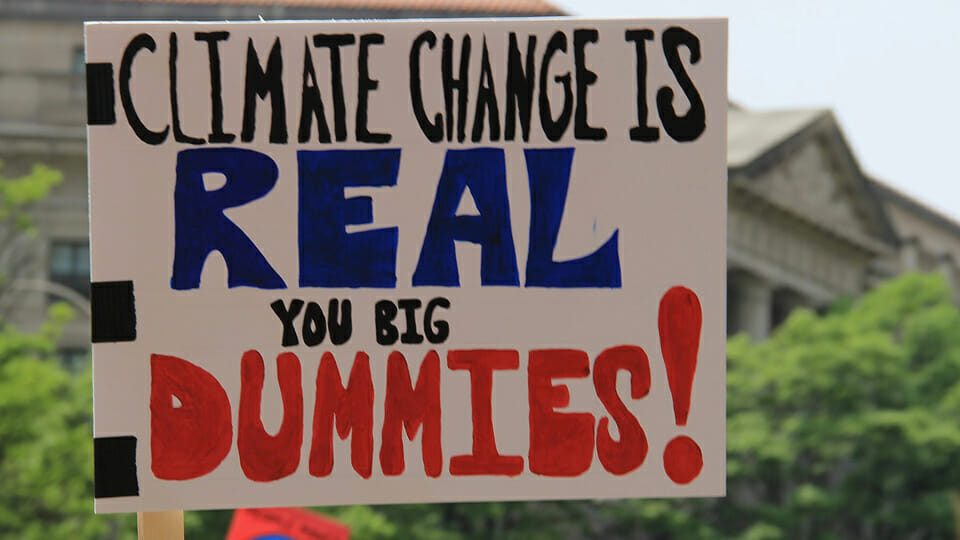 Monday sees the beginning of a week in which Extinction Rebellion is threatening to close down parts of Dublin city centre. If successful, it will lead to great inconvenience for people travelling to work, school, hospital, the pub, or whatever else they may wish to do on whatever particular day these narcissists choose to impose themselves on the rest of us.

While the group itself is responsible to nobody for its actions, it is sad to see that some parties on Dublin city council support Extinction Rebellion and have supported past random actions by them. Not surprisingly the Green Party, now the second largest party on the council and part of the council majority with Fianna Fáil, are enthusiastic supporters. So too are Sinn Féin, Labour and the much reduced far left.

Having run the city council as a students union for years along with the Greens, the Shinners possibly see the week as a chance to get their own back on the “lazy bastards” who refused to vote for them in May.

Apart from the disruption, there is the not inconsiderable fact that these gestures are completely pointless. It would be bad enough if these people had some proposals to address the issues they claim to be so concerned about but they do not. Extinction Rebellion calls for the reduction of Co2 emissions to zero by 2025. Apart from the fact that that is an impossibility, they do not even have any proposals as to how it might come to be.

Indeed their only demand apart from the above is for political power to be transferred to “Citizens Assemblies.” That coheres with their claim that under “parliamentary democracy, power is in the hands of a few representatives who are elected by the public.” Imagine that, and is something which we must assume is a bad thing and must be replaced with assemblies that are not popularly elected, but are run by, well, people like Extinction Rebellion. Anyone who has read Doris Lessing’s Memoirs of a Survivor might reflect on the feral street gangs who took over during “the crisis.” Such is the subsistence dystopia imagined for us by the climate anarchists.

One might expect more sense from political parties which do at least subscribe to the notion of democracy. Well, one would be disappointed. You would imagine that the Green Party would have detailed policies on how to attain their objective of zero this, and sustainable that. But no. Their entire climate change policy on their website is a series of slogans, and the key to making this work is to “Promote a circular economy which emphasises regenerating and recycling products through innovative indigenous companies.” Waffle aside, all you need to know about a circular economy is that it is impossible to have a system of production that neither requires new energy inputs, nor produces new waste.

The Greens of course support carbon tax, just as they supported the bank bailout and all the joys which flowed from that. SF and the far left reject carbon tax for the practical reason that it is unpopular with their dwindling catchment audience.  People Before Profit needed an alternative so lit on the inspired decision to “tax aviation.” Basically a punishment tax for having the audacity to use an airplane, That must have taken a long time to formulate.

SF rightly point out that carbon taxes are not only ineffective, but constitute another imposition on household income. Inter alia, their ponderous alternative to the Oireachtas Committee report contains the admission that regarding any sort of carbon tax, there is “absolutely NO evidence that this will in any way mitigate our emissions.” They could have stopped there and saved me reading endless pages of badly written platitudes.

The Sinn Féin alternatives are meaningless gibberish: Stronger powers for implementation bodies, consultation with everyone, wind farms in your back garden, wall murals about the North Pole.  And a mish mash of calls for “ethical investment”, rural -, social -, gender -, pet –  snail – proofing and so on.

Not one single plausible actual proposal as to how to for example attain the one solid target of 80% renewables. And bear in mind it was 8.6% in 2014. None. The most ludicrous suggestion perhaps is for local authorities to employ an “artist in residence … to raise awareness of climate change.” Seriously. Part of the rationale for this brainfart is that Naomi Klein wrote a book that “changed public discourse on issues such as rising ocean levels and global temperature increase.” There you go boys and girls. Problem solved.

So when any of these charlatans try to guilt trip you over ruining their future and hating furry bears who inhabit the Artic Circle, remind them that they have no more idea of how to stop all the bold climate things, than they had about achieving any of the other things they abandoned, like socialism or Irish unity.

Better still if you do happen to be accosted by one of the Extinction Rebellion creatures while stuck in a traffic jam, don’t get mad. Just ask them how they propose to stop climate change. I forecast zero cerebral emissions.

Are Sinn Fein toying with the hopes of adopted people on the birth cert debate?