Excuse me, Ms. We need babies 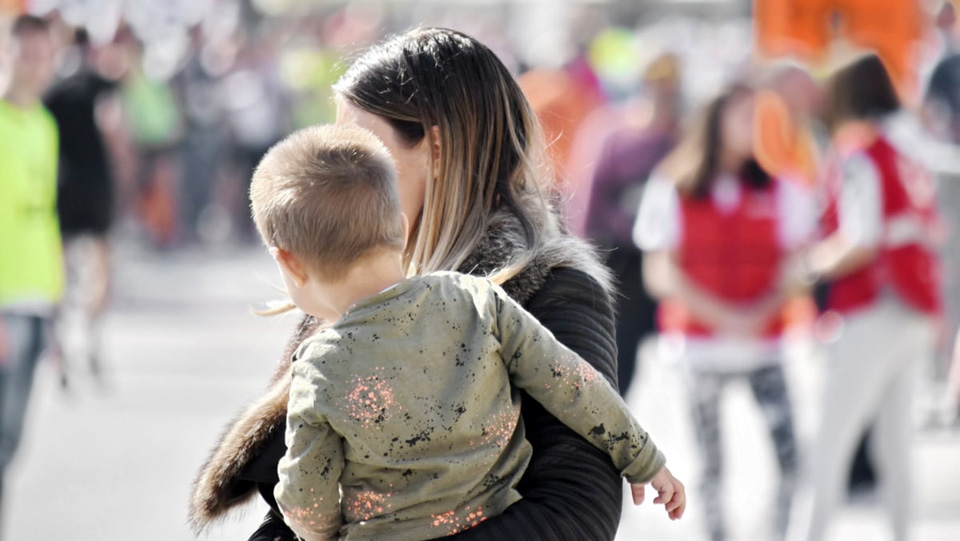 Ms. magazine is the unabashed holy grail of feminism. Right on the masthead it says “More than a Magazine, a Movement.” But just what is feminism? Like many buzz words in our pestilential popular culture, the term is used like a sledgehammer to set the parameters of permissible public discourse. It is a set piece of the PC lexicon that you will fail to understand at your peril.

The Oxford English Dictionary, “the definitive record of the English Language”, defines feminism as “The advocacy of women’s rights on the basis of the equality of the sexes.”

Over here in the New World, Merriam-Webster defines feminism as “belief in and advocacy of the political, economic, and social equality of the sexes expressed especially through organized activity on behalf of women’s rights and interests.” (Interestingly, the American definition holds the prospective feminist to a higher more specific standard, requiring “belief in” as well as “advocacy” and even encouraging activism to boot.) Gloria Steinem, the doyenne of modern feminism, describes a feminist as “anyone who recognizes the equality and full humanity of women and men.”

Though I may be woefully unwoke otherwise, I have no problem with any of these basic ideas about feminism. It is when feminism spills over into misandrist grousings about “toxic masculinity” and hoked-up narratives of “oppression” that I part company. That is where feminism morphs into something else and is weaponized for political purposes.

But back to Ms. An interesting article just appeared in its pages, headlined: “Stop Panicking—There Are a Lot of Positives to the Baby Bust.” The article was subtitled: “We should celebrate that increased empowerment and equality are leading this trend of slowing growth and reducing pressure on the climate and environment.”

As an avid reader of headlines, I was struck by that one. Its message seemed to be “Relax, the baby bust is a good thing. Having empowerment and equality and not having children are things to be celebrated.”

Shocker: Is Ms. Magazine actually encouraging its readership of young women not to have children? To put it bluntly, oh yes.

Reading the piece, I hear Ms. saying, “The inability of people, particularly people of color, to access basic health care is a crisis. The climate emergency is a crisis. A million wildlife species going extinct in the coming decades is a crisis. People choosing to delay pregnancy or have fewer children is not.”

While a million species of wildlife going extinct soon would certainly be a crisis, the extinction of our own non-wildlife species, Homo sapiens, certainly is a crisis – and it is already underway. This is not mere alarmist rhetoric – it’s a fact. Believe the science! The global total fertility rate has declined a stunning 50% in the last 60 years. In pre-Covid 2020, the rapidly declining total global fertility rate was slightly above 2.4 and falling (2.1 being replacement level). And that was before the Covid baby bust. While I don’t mean to spoil the empowerment party, I’ll just say that today’s fast-falling fertility rate is nothing to celebrate.

The 2020 Lancet world fertility study projects global population peaking at approximately 9.73 billion in 2064 and declining to 8.79 billion by 2100 – a decline of more than 9% decline in just 31 years. And the rate of decline beyond that is projected to accelerate. While most demographic groups (with the exception of White American males) are living longer and thus slowing population decline, as fertility declines, each succeeding generation will shrink and will bear fewer children and have more elderly to support. The crisis is like a snowball rolling downhill, growing larger and picking up speed as it goes. Already China, Hungary, Russia and other countries are desperately promoting social and financial incentives to halt the decline. Their results thus far are mixed.

Demographers tell us that fertility tends to dip in times of war or pandemic, but the sustained decline in fertility we are now experiencing – over the past six decades – is unprecedented. Yet Ms. says, “Even as our population growth slows, our outsized consumption patterns and reckless industrial growth in the Global North continue to destroy the planet.”

I’ve been hearing a lot about the “Global North” of late. Those who toss the term about are usually talking about exploitative Whites and workaholic East Asians. These are said to be the populations that “continue to destroy the planet.” (Isn’t that racist?) At the risk of being sent to the Unwoke Gulag, I would say that it is folks in the Global North that drive the world economy, and in so doing, much improve the lives of folks in the Global South. The birth dearth is the worst in the Global North, where every major country has been saddled with below-replacement-level fertility for decades.

Ms. wraps the discussion, saying: “By focusing on the positive outcomes like sustainable fertility rates and empowering women, we can shift our perspective to embrace slowing population growth as a good thing and a way to create lasting change. The baby bust is not a signal of societal collapse but a positive indicator that we are getting closer to a sustainable, equitable world.”

This is so shortsighted.

To credibly assess any trend, considering the long-term consequences is essential. First, we do not have sustainable fertility rates, and we won’t see them anytime soon, if ever. The decades-long, unprecedented decline in fertility means unstoppable population decline. Our future could consist of a quasi-dystopia where there are fewer empowered women (and compliant men), so the burden of doing the jobs society needs will fall on fewer people. Elder care will be a big one. Artificial intelligence cannot fill the gap. And if countries resort to mass immigration to do the work, they risk the rise of a diversity dictatorship, and social cohesion will become a thing of the past, as in the United States today.

Personal finances, lack of religious faith and no confidence in the future are often cited as reasons for not having children. But not reproducing for purposes of individual comfort or convenience or ideological commitment pits personal preference against the survival of the species. It is that simple, and a choice must be made.

But what young magazine reader thinks of that, especially when she’s told she has a shot at Empowerment?

Louis T. March has a background in government, business and philanthropy. A former talk show host, author and public speaker, he is a dedicated student of history and genealogy. His article is printed with permission

Miscarriage as bereavement in a world of abortion

When we’re immersed in turmoil, what we need is clear ideas and a clear head