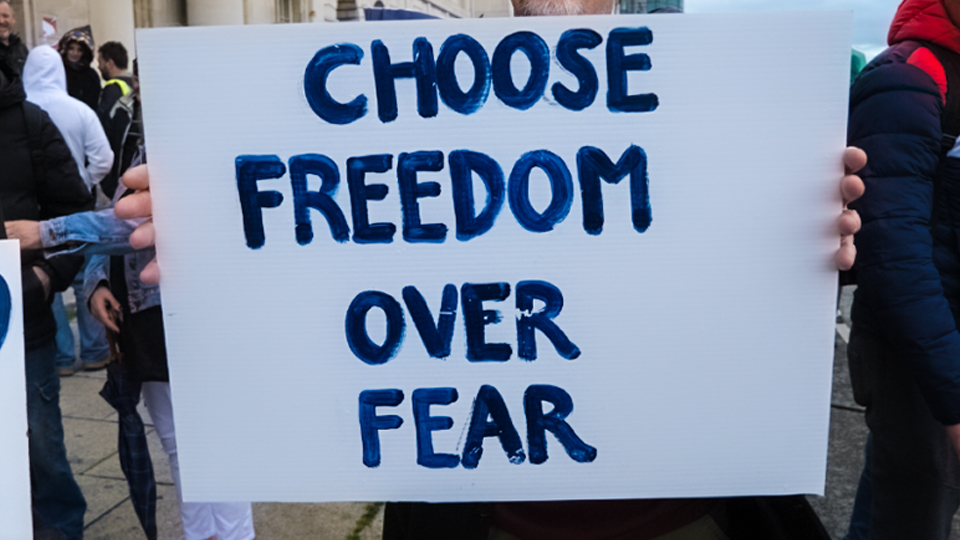 The Irish Freedom Party is set to host a rally in Dublin on Saturday, November 28th, calling for an end to the government’s continued covid-19 lockdown, and to oppose the recently proposed hate speech legislation.

“This year the people of Ireland have endured the biggest clampdown on our fundamental rights in the history of the State. We are calling for an immediate end to the destructive rolling lockdown strategy pursued by this government”, the party said in a statement.

“We are demanding a full restoration of our basic freedoms and constitutional rights, including the right to travel, work and have a family life. The unjust and disproportionate restrictions imposed on the people of this country have delivered economic hardship, business closures , delayed diagnosis, physical and mental health problems. It is inevitable that these problems will produce a wave of premature non-Covid related deaths in the future.”

Organisers also cited government data, claiming that lockdown was unnecessary in their view based on official figures.

“On November 21st, the HSE’s own published figures revealed that we had 607 free general beds in the healthcare system and 63 free ICU beds. These figures show that we have significant excess capacity in the health system to deal with a winter surge. Indeed, we have far more health care capacity than we normally do for this time of year.

“The WHO are opposed to lockdowns except in an emergency situation where health services are in danger of being overwhelmed. Clearly, Ireland is not in that situation so there is no justification for any lockdown.”

The eurosceptic party has also called for what they call “focused protection” policy of insulating only vulnerable categories from the virus.

“Minister for Health, Stephen Donnelly recently admitted that deaths are around 10% of the highest peak in April. We also know that the median age for deaths (associated with Covid) is 83. The Irish Freedom Party advocates for a targeted approach based on ‘focused protection’ . This will ensure those most vulnerable to the virus are protected and get the care they need and deserve. It will also enable the wider population to get back to normality, free of needless restrictions.”

Organisers slammed the planned hate speech legislation, claiming that free speech is “the cornerstone of a free society” and that it would have a “chilling effect on debate and discourse (in Ireland).”

“Free speech is protected under article 40.6.1.i of the Irish constitution…Ireland already has ‘Incitement to Hatred’ laws which have been in operation since 1989. The dubious and totally subjective idea of ‘hate speech’ is a clear attempt to undermine free speech and give privileges to identity groups chosen by the government. It will criminalise ordinary people for speaking their mind.”

“As always, our protest will be peaceful and respectful of on duty Gardaí and the wider public.”

To date, 1,300 people have responded to the event page on Facebook. Groups expected to attend include Renua Ireland, Direct Democracy Ireland and the Free Speech Alliance.

Previous rallies of a similar nature have been broken up by Gardaí. The government is expected to ease restrictions slightly in the next week from Level 5.