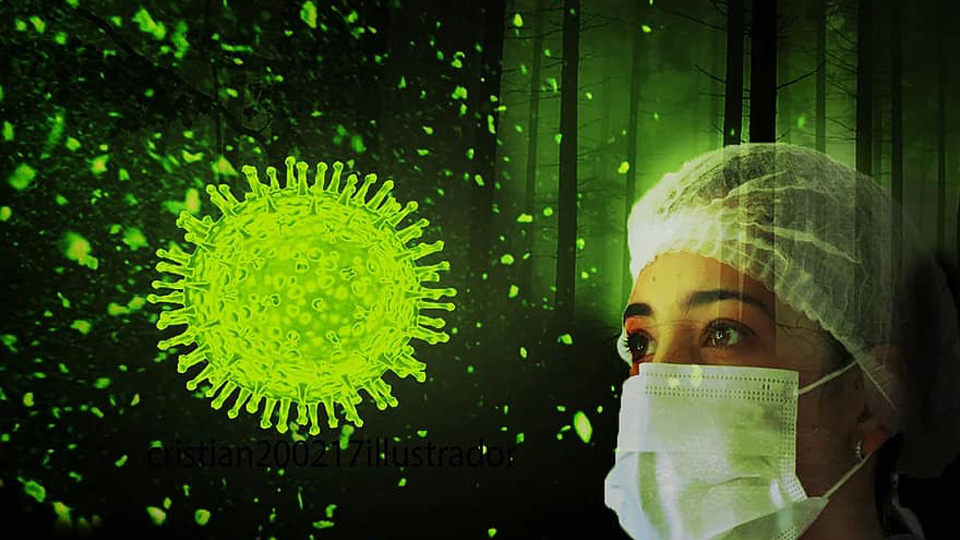 It is a well-known fact, accepted by psychologists and psychoanalysts that the more you repeat a concept or thought, be it negative or positive, the more you come to believe it and eventually it is likely to become a reality. If you wake up each morning and go to bed each night with the thought or the fear that you have a limp for example, eventually that thought or fear will become a belief, though in reality you don’t have a limp. You are reinforcing an idea in the brain.

As time goes on you may even try to counteract the imaginary belief and make every effort to walk without a limp. Eventually you develop a limp. You have been telling your friends all along about your limp and they say reply saying; ‘nonsense you are walking perfectly’. Now a friend makes a remark to you, ‘I think you have a slight limp’. This now confirms your belief and explains how you knew all the time; your friends didn’t notice or perhaps didn’t want to be impolite in confirming what you have been telling them.

Needless cancers and other conditions have developed due to this self-reinforcement of the thought. This is a type of self-hypnosis. We can see from early childhood how a child seeks sympathy for a slight injury, a simple fall or even an inconvenience of some sort. If given sympathy on every occasion that child may become a hypochondriac or if not s/he will be very disappointed if not given sympathy on all such occasions throughout life.

How we think determines our personality, our character, our social interactions and our general modus operandi in life. What and how we eat, drink and breathe determine our physical well-being. What and how we think, imagine and believe determine our mental well-being. We know, of course, that there is a strong, binding correlation between Body and Mind. Being told that you die a gruesome death, gasping for breath in a tormenting, panic-stricken state is an image that both body and mind can sensationally and perceptible relate to in horror.

Where does Covid-19 fit into all this? When we wake up and turn on the radio in the morning, the first thing we hear is, Covid-19, generally followed by the number of deaths and then the newly confirmed cases of the disease followed by the world picture of the pandemic to further reinforce the seriousness of the problem. That is the head-line then comes the detailed analysis. Throughout the day we are bombarded with the devastating news of the spread or reoccurrence of the disease. This reinforcement in the psyche causes concern at first and in many cases fear, followed later by a belief that it may be only a matter of time before we are all struck down.

Before going to bed if you are a television-watchers which accounts for the vast majority of the population, you are given the statistics for that day. How the pandemic is killing hundreds of thousands of people world-wide is broadcast on almost every station. The world has become as small as an island in six months, Asia, (China in particular), North America, South America, Australia, New Zealand, Africa, Europe, Britain and Ireland are all being brutally affected by Covid-19.  Persistent mental penetration from media presentations, government bulletins, the World Health Organization and the National Public Health Emergency Team is persuasive and compounds the dread and anxiety. This is further driven home through news casts, Dail debates, political prime-time programmes even chat shows and light entertainment shows. All of which add credence to and exacerbates the trepidation.

It is of paramount importance that schools promote a positive attitude to life and living. This should permeate the whole curriculum and be incorporated in the ethos of the school. National broadcasting services and editors of national newspapers should aim to spread positive news stories where possible. We are bombarded with doom and gloom. In the not too distant past, bull fighting, hare coursing, cock fighting, public floggings gladiator fights and public hangings drew enormous crowds of spectators. Thankfully, we have banned most of those barbaric spectator events. We view competitive sports now; horse and dog racing, tennis, golf and football competitions.

Social and family occasions have been decimated, outlawed or eliminated. If one were to be conspiratorial you might think that the break-up of families and family ties is a desired aim. Funerals, weddings, religious, sporting and social events have been dealt a deadly blow. Those family and social events are the back-bone of structured society. Isolation and social distancing drum-beats have replaced heart-beats. The very term social distancing is cold, insensitive and heartless. It has dreadful, anti-social, repulsive connotations. It is clearly obvious that it is physical distancing that is in operation. Being close to people in a shop or other place may have no social context whatsoever.

Of course, we should aim to eradicate the Corona Virus, not just contain it. But we need to have a look at the psychological and social damage that is being caused to people through constant, persistent, mind-torturing, ghastly broadcasts, creating fear and anxiety particularly among the most vulnerable in society. Many old and isolated people live in dread; they fear isolation and loneliness bereft of family support and comfort at death. The psychological damage of fear, dread and panic caused by the Media, NPHET and Government presentations to people living alone is worse than the disease itself.

The horrible, constant, tormenting, morbid bombardment, the mental torture must be stopped. Don’t create and perpetuate a dread of death through repetitive, unabating, grisly, persecuting media presentations. Give them hope and a feeling of the joys of living.

Let us not pride ourselves in lauding the termination of public hangings and floggings for criminals; but introduced isolation and mental torture for vulnerable, impressionable innocent aged-people.

Dr Pat Keogh has a master’s degree in Philosophy and a Doctorate in Education. He has also a Primary teacher’s degree and Higher Diploma in Education. Pat is a retired Principal Teacher of a large Dublin Primary School. He has written numerous articles for Teachers Journals and has published 2 books

New Study: A growing number of scholars, barristers, and politicians are saying China is committing genocide

If NPHET, RTÉ and the TDs were on €300 a week, would the lockdown be continuing?