Dr. Martin Feeley: Comparing Sweden to Ireland, lockdowns look to be a mistake 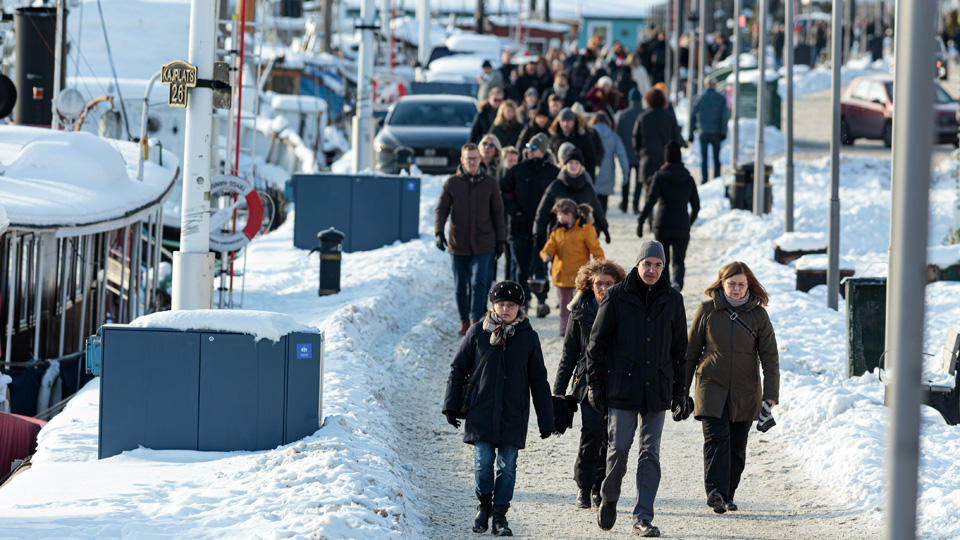 Dr. Martin Feeley served as Clinical Director of the Dublin Midlands Hospital Group until September 2020, when he resigned after the HSE said his criticisms of lockdown made his position “untenable”. In this piece, he sets out the reasons why, after 15 months, a comparison between the experiences of Ireland and Sweden have served only to strengthen his views:

“Follow the Science” is the refrain to explain and justify the measures implemented to optimally manage the Covid-19 pandemic. It is self-evident not to do so would be foolish.

Science can be defined as: “a systematically organised body of knowledge on a particular subject.”

But although pandemics litter human history, the understanding of respiratory virus behaviour is far from complete. The management of epidemics and pandemics is uncertain.

Two months before the Covid-19 outbreak in Wuhan, China, the World Health Organisation (WHO) produced the report: “Nonpharmaceutical public health measures for mitigating the risk and impact of epidemic and pandemic influenza”.

It concluded that “home quarantine of exposed individuals to reduce transmission is not recommended”, and: “The balance between the advantages and disadvantages of implementing workplace measures and closures is uncertain. It also found “The effect of measures to avoid crowding alone in reducing transmission is uncertain”.

The WHO evidently found no convincing evidence that the above measures, individually or together in the form of lockdowns, are proven measures in the management and control of an influenza pandemic.

The simplest and most reliable way to scientifically compare responses (treatments) is to take two similar patient population cohorts and treat one with treatment A and the other with treatment B – which may be no treatment – and compare outcomes.

After twelve months of managing the Covid-19 pandemic, we can analyse and compare the results of rolling lockdowns, as used in the Republic of Ireland, with the results of limited restrictions as used Sweden,  both from the outset.

The primary objective of treatment is to save lives. But which one – lockdown or no lockdown – saves the most lives, or conversely is associated with most lives lost?

The population of Sweden at 10.3 million is just over double that of Ireland at 4.9 million; in order to enable a meaningful comparison, the number of deaths is expressed as deaths per million population.

The Covid-19 associated deaths in Sweden and Ireland were 1,298 and 949 per million respectively. At first this appears to support the use of lockdowns over no lockdowns in the treatment of Covid-19.

But before this conclusion, all other known influences must be factored into the equation. There were no significant treatment factors which might influence mortality; no difference in the medications used or the number of hospital or ICU beds or ventilators per capita.

The next important consideration is the health of the populations being treated; these two western European countries have a similar prevalence of diabetes and cardiovascular disease, which could impact on susceptibility to Covid-19.

The mortality rate has been estimated to double with every 7,6 years of age. In Ireland, almost half of the deaths (43%) occur in the 1.4% of the population which is over 85 years-of-age.  If the population of Ireland was all under 65 years-of-age, there would be about 330 deaths rather than 4,650.

In Sweden and Ireland, about 93% of all Covid-19 related deaths are in those over 65 years of age. Therefore, the age profile of the two populations must be compared.

Therefore, the Covid-19 related deaths in the high-risk populations in Ireland and Sweden are similar.  Allowing for the increased risk associated with the over 80 year old population in Sweden at 4.9% compared with Irelands 3.2% the relative mortality rate is probably higher in Ireland.

To complete this comparative analysis would need a compilation of complications of lockdowns. While it is accepted many lives and life years will be lost as a result of lockdowns, this cannot be accurately quantified. We can confidently state the non-Covid effects of lockdowns are negative.

Sweden has temporarily implemented relatively mild restrictions, as deemed necessary by community disease levels, but has had zero days business closures while Ireland has had almost 200 days of business closures.

The use of minimally disruptive measures is at least as effective as rolling disruptive lockdowns in preventing Covid-19 related deaths.