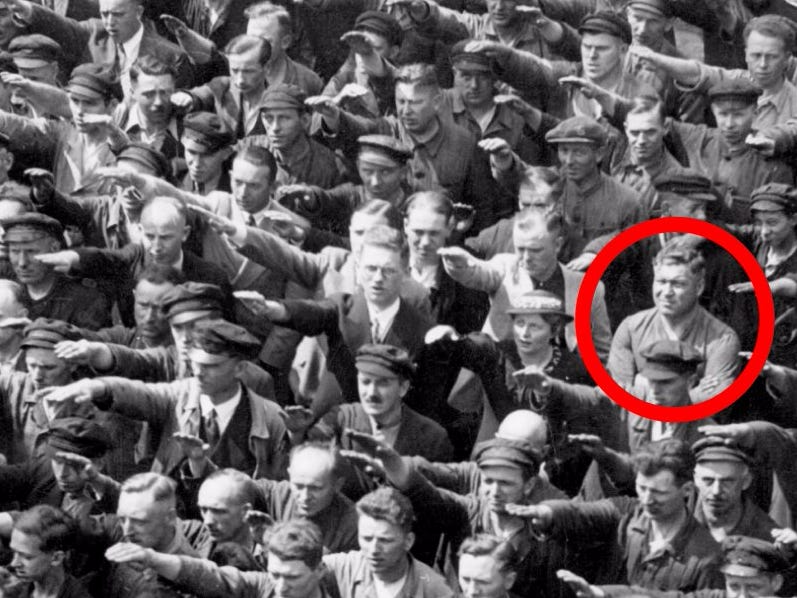 For those who haven’t watched or read it, the ‘Man in the High Castle’ tells the intriguing story of what might have happened had the Nazis and Japanese won World War II.

Although we mightn’t be living in times of imminent nuclear war, which the series depicts, there are salient lessons to be learned about how the world can lurch towards catastrophe and destruction, or be saved by the brave actions of even a few.

Having reached halfway in the four-season series, and not knowing quite how it ends, the pivotal part played by the Resistance is, so far, a mainstay in the author’s vision of how the Nazi and Japanese empires can be defeated.

It sometimes takes a group of brave men and women, willing to pay a heavy price, to provide society with hope of a better future.

Applied to the real world, every generation appears to have its blindspots, some bigger than others, but significant nonetheless for those suffering hardship and persecution.

It’s often the case of course that historically, the majority did not realise the full horror of actions taken in the times they lived in: be that the Incas sacrificing children to the pagan gods, empires exploiting their colonies, or armies leveling whole cities with the push of a button.

In such circumstances, resistance may appear futile, it may be easier to follow the mob in its latest craze, or just remain silent, but dissent is vital nonetheless so as to at least preserve the cultural memory and example of human dignity, pointing to a better way of existing.

The overriding and most disappointing theme of so many human tragedies engineered by governments, media, rulers or generals is surely the blind conformity of many in the face of wrongdoing.

We know of course that the human instinct of self-preservation and desire for social acceptance or advancement explains much of this, as the influential and their many followers pressure the doubters and the comfortable into conforming with their worldview, eventually self-policing into silence any contrarian impulse.

Such experiences of personally policing your own reasonable thoughts, never daring to utter what could very well bring ostracization, can not only become a habit, but also lead to resentment of the cowardly shell that all of us can become.

And we are right to be ashamed when we fail to do the right thing, calculating like fiends that we will live to fight another day that never comes.

Many people wonder at how ordinary Germans could be convinced by Nazi propaganda, or how some Americans even today defend the two nuclear bombs dropped on Japan. Others wonder why some of their ancestors remained silent whilst knowing about abuse within the Church, or why so few politicians of our generation spoke up when official visits were made by leaders from China and the USA, despite knowing the crimes that were being committed by these governments against innocent people.

Today, too, we live in times of similar conformity, when masses of people celebrate the election of men and women who have innocent blood on their hands, both born and unborn, with no intention of changing course.

The truth is, human nature is unchanging in its potential for wrongdoing, despite our vain illusion that we live in the best and most enlightened of times. The unpopular, the bold, the brazen and the jarring might not always be right in what they aim for, but if history tells us anything, it’s that we need prophets to light up the darkest corners of our conscience.

And so raise a toast to those who go against the grain, overturning tables in temples of power, and sparing nothing to see that justice is done. We are all the better for their voice.

Is the coronavirus epidemic increasing forced organ harvesting in China?