Did Helen McEntee give the Vulture Funds an early Christmas present? 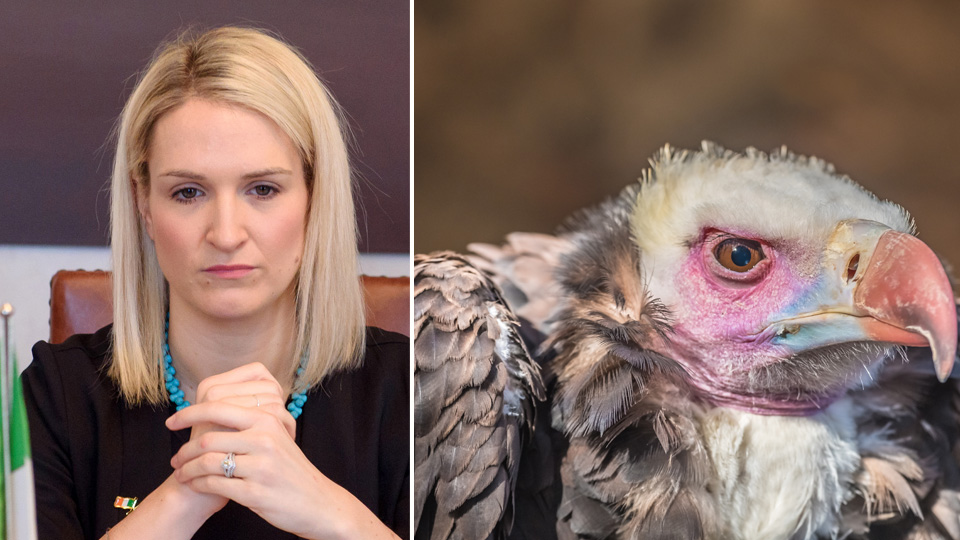 It was almost universally panned by critics as an assault upon the ears of anyone unfortunate enough to hear it. But I reckon that despite these musical misgivings, it remains the album of choice for the various Christmas parties held by international vulture funds.

And it is easy to see why. Just last week while most of Europe and the UK was hastily re-engaged in shutting up shop in the face of Covid’s ‘third wave’, The Farmers Journal reported that Vulture funds made millions following the sale of 1,800 farm loans that were sold by Rabobank.

Our own Central Bank issued a Report showing that at the end-September 2020, non-bank entities (vulture funds) accounted for 13 per cent of the entire stock of Private Dwelling Home mortgage accounts outstanding.

And just to cap it off, the EU then decided to publish its ‘Action Plan’ for how banks handle so called non-performing loans. That Action Plan has been severely criticised for essentially giving the green light to Europe’s banks to sell on their NPL’s to vulture funds as quickly as possible.

What could possibly go wrong?

You would imagine then that it might have been a good idea to seek some way to slow down the rate of loans and mortgages being transferred to vulture funds.

These are the same organisations let us recall that over the course of five years gave the Oireachtas Finance Committee, in the words of its Chairman John McGuiness, “the two fingers” by point blank refusing to engage with it or even answers questions about how they operate.

Well as it turns out, the Minister for Justice Helen McEntee was presented with such an opportunity to soften the cough of the vultures back in July when she was busy steering the Civil Law and Criminal Law (Miscellaneous Provisions) Bill 2020 through the Oireachtas.

That at least is according to the spokespersons from the Fianna Fail, Labour, Sinn Fein, Social Democrats, the Rural Independent Group, the Regional Independent Group, and Aontu. All of whom spoke at the time to implore Minister McEntee to remove a section of the Bill that, in their view, essentially overturned a High Court ruling that made life more difficult for vulture funds.

The issue centred around changes that were being made to what is known as the ‘hearsay’ rule. This rule essentially means that witnesses may only give evidence “on matters to which they have direct, first-hand knowledge. This means that where a party relies on documentary evidence, ordinarily only the author of the document may attest to its truth.”

The problem for the vulture funds however was that legally speaking they did not have ‘first-hand’ knowledge of the mortgage contracts as these were normally sold on them from the banks, who had first-hand knowledge.

As such this meant that documents generated by the vulture funds through their engagement with the mortgage holder had to be ‘proved’ to be true accounts of the contract details and the debt that was owed to them. This rule slowed down considerably the rate of judgements made in the vulture funds favour.

So, when the High Court decided in April that the hearsay rule, as it currently stood, meant that some of the vulture funds documents were inadmissible in court, there was serious alarm at the likes of Promontoria who had brought the case.

What happened next raised a few eyebrows in the Dáil and led to the criticism mentioned above from all of the opposition parties and even some of those within Fianna Fail itself.
Here is a selection of what some of them said about the section of the Bill, that in their view, was running to the rescue of the vulture funds following their setback in the Courts:
Sinn Fein: “At this late stage and at this late hour, I appeal to the Minister to do the right thing and not to facilitate the vulture funds. If she believes that is what needs to be done, at least let us go through the proper scrutiny process. Why has this come about? It is because the vulture fund in this case, Promontoria, which is well renowned in this State for its practices, lost a case..”

Social Democrats: “Organisations involved in the insolvency sector, the banks and Revenue have all agreed a set of recommendations. They have been in a queue for a couple of years and they do not find a way into this legislation. At the same time three or four months after the ruling on Promontoria in the courts, we are seeing a change that could have profound consequences for people who are very often not able to stand up for themselves. The proposed amendment should be seriously considered.”

Mattie McGrath: “Chapter 3 is designed for vulture funds by their well-paid legal advisers to remove any protections for people from vulture funds. In this Bill, Fianna Fáil, Fine Gael and the Green Party are making a very devious attempt to get around the hearsay evidence rule. That 150-year old law has stopped vulture funds in their tracks, one of the only ones that has done so. The vulture funds have demanded that the Government enact legislation that allows them to get around the rule by introducing admissible business documents from third parties.”

Jim O’Callaghan: “I would have thought it would have been preferable if this significant change to our law could have been examined, appraised and discussed at a lengthy hearing of the justice committee.”

John McGuiness: “Anyone who goes to these courts will see a range of senior counsel, solicitors and so on of the best type on the side of the banks and vulture funds. On the other side will be a family in distress, people in tears fighting for their lives, homes, farms or whatever it might be. For this reason, I support all the other speakers who have asked the Minister to withdraw these sections

Did any of this give Minister McEntee pause for thought? On the basis of her subsequent actions it did not. The Bill was signed into law by President Higgins on the 6th of August. A good day for the vultures. Not sure about everyone else though.