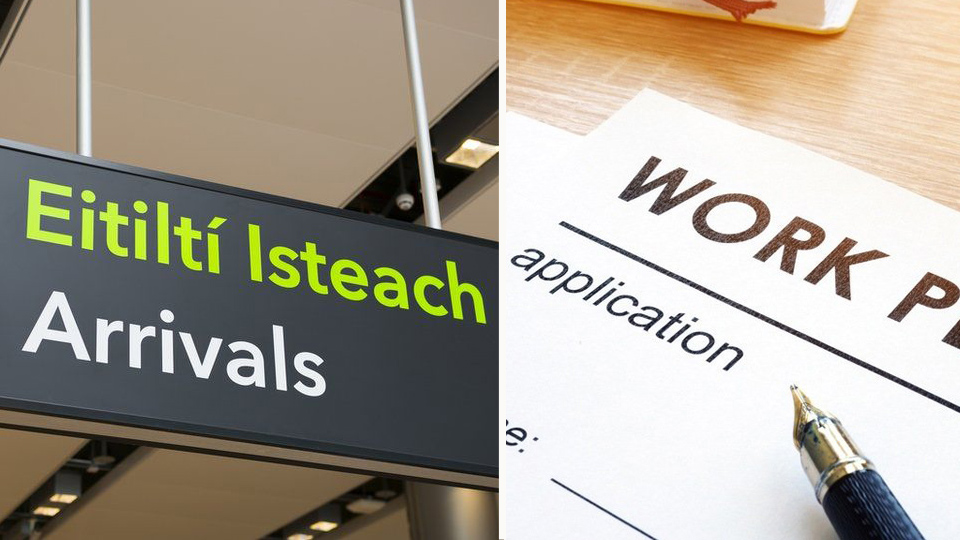 In 2020 up to the end of November, there were 15,295 work permits issued to non EU nationals. The total for the previous year including renewals was 16,380. It is quite likely then, given the numbers who have arrived since Christmas from Brazil that the total of permits granted last year was very similar to, or perhaps even greater, than 2019.

Just going by the number of Brazilians who have arrived here in the first two weeks, the number of permits for this month alone is already more than for January 2020 when 1,347 permits were granted. That is the scale of immigration that will be required and more if the targets set out in Project2040 of population growth of a million people at a time when Ireland fertility rate is below replacement level are to be met.

Other targets such as new housing – which clearly won’t be met – are irrelevant if you have people living in the chronically over-crowded bijou and interesting tenements that flourish in Dublin and elsewhere. All greatly conducive to “flattening the curve” of course.

And the statistics also make a mockery of the pretence that Project 2040 will lead to “balanced development” with a special focus on population growth outside of Dublin. Of the 15,295 permits, 8,009 were issued to companies in Dublin. The vast bulk of the rest were in surrounding counties and in the other three major cities.

And what else is it conducive to? On Tuesday the Irish Independent carried a report about a meeting of the Pensions Commission being informed by James Hegarty of the Central Statistics Office that this state will need to import another 4 million migrants by 2051. And even then, that might not be sufficient because many of the current migrants will themselves be pensioners!

The breakdown of the work permits issued makes interesting reading. Just under a third were in the “Health and Social Work” sector but apart from the public hospitals, a large number were granted to private hospitals, clinics and nursing homes. Denis O’Brien’s Beacon hospital was granted 66 permits for non EU workers.

The same Denis O’Brien whose hospital refused to agree to allow its beds to be used if the public hospitals were unable to cope with a surge in admissions. Despite this, the Beacon staff have already been vaccinated. The same Denis O’Brien whose reluctance to pay tax here balances strangely with his desire to have his finger in as many political and media pies as he can.

Another significant beneficiary of the work permit scheme was the meat processing sector. Those companies were granted more than 1,500 permits. Not only that but over 400 were given out during the height of the lockdown between March and the end of July.

Indeed one of the companies at the centre of the Covid transmissions in the meat factories, Rosderra Meats, was given 154 permits, 69 of which were granted over the same months. Likewise with Dawn Meats which had a total of 420, of which 153 were issued between March and July. Some of the factories did not even bother seemingly with the namby pamby work permit business but just took on technically illegal immigrants from Direct Provision Centres. That cluster was responsible for closing counties Laois, Kildare and Offaly.

Another major beneficiary of the permit scheme are the multi-national tech companies. The ones who are particularly fervent about ensuring that not too many people get to hear anything negative about lockdowns on the media they control. Which of course did not prevent Accenture, Amazon, Apple, Facebook, Google and Tik Tok here receiving 1,200 work permits. 664 of those permits were handed over in the months during which the lockdown restrictions were at their most severe.

Think about it. The same tech corporations who were mounting a global campaign against opponents of the lockdown, were promiscuously flouting their own sermonising to governments and the people who were expected to mask up, shut up, and say nowt. At the risk of being cancelled.

Some others stand out. Is my memory misleading me or didn’t Bank of Ireland announce last August that they were seeking 1,400 redundancies?  Surely not the same Bank of Ireland that was issued with 40 work permits for non EU nationals to come here to work for it in 2020? Four of them in fact during the month that they told their staff that quite a lot of them would now become spectators to the Great Diversification. Or just feck off somewhere else if they weren’t happy.

And speaking of diversity, even Trans Gender Equality Ireland could not find enough people who share its vision among the narrowbacks. They had to import more missionaries from abroad including another on a work permit. Dublin Simon community also employed 21 non EU nationals who presumably brought their own log cabins or tents so as not to become a burden to the homeless people they came here to help.

Of course, perhaps I am missing some finding that we are just too behind as a people to operate computers and all. I am also forgetting that the Irish and the island we inhabit no longer means anything to its governors and their masters than any other factory site or a dumping ground for cheap labour.

Either way, it is quite astonishing that at a time of unprecedented lockdown, the State has seen fit to issue the same number of work permits to those coming from outside the EU to work in Ireland.