DERMOT DORGAN: What can Ireland learn from Australia’s first wave? 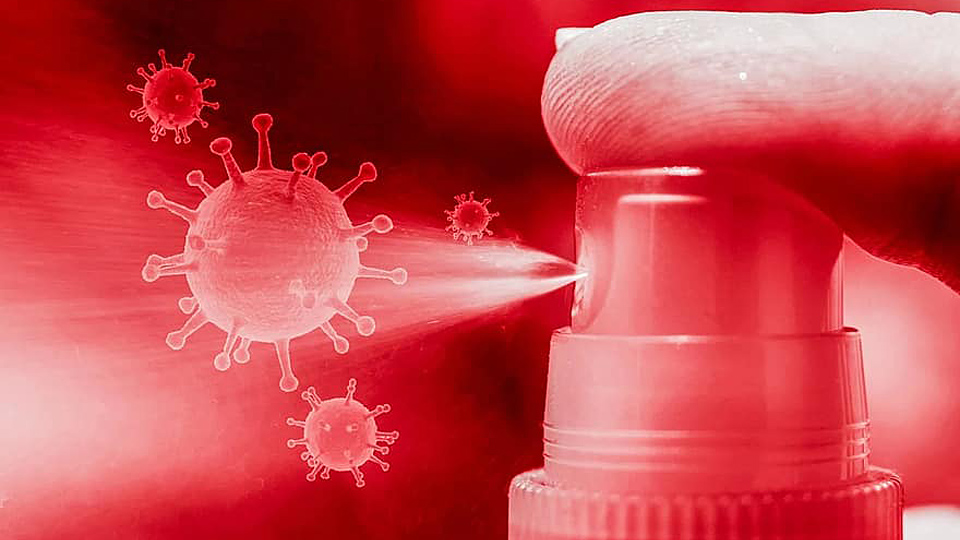 A continent-sized land mass on the other side of the world might not seem like an obvious target for a comparative analysis. Australia’s glorious weather and the diversity of its often-terrifying wildlife also set it apart. As does the bloody-minded optimism of its natives which, while perhaps an evolved response to both of the aforementioned environmental factors, still lies in stark contrast to our damp fatalism.

Yet in the context of Covid-19 policy analysis, Australia and Ireland bear much in common.

Both are island nations with small populations. Both have high standards of living and comparable public health resources. Notably, both are members of a two-island Common Travel Area.

Could Australia and New Zealand offer a model of pandemic response for the UK and Ireland? What else might we learn from our Antipodean cousins?

Australia’s connections to China are well established. China’s insatiable demand for steel, coal, and other industrial inputs has made it Australia’s largest trading partner. The trade in goods is matched by the flows of people. Australian receives 1.4 million Chinese visitors every year, and that means dozens of flights from China every week, including three directly from Wuhan to Sydney.

Although their economies are interdependent, Australia had no qualms suspending international travel with China at the outbreak of the disease. Knowing that the Australian people were squarely in the line of fire, and with little time to act, the Australian government quickly implemented blunt but effective policies to protect its citizens.

Whether those policies were popular in Beijing was of no concern to the Australian government. When they said, “public health comes first”, they meant it. Public health gets priority over international ceremony, over the economy, even over civil liberties at times, and if foreign politicians are offended by any of that, too bad!

The Irish government confidently told us they were “putting public health first” and that they would be “treating Covid-19 as a public health emergency”. That was reassuring to hear, but I would have to question their commitment to the approach. If protecting public health was the primary goal, why did 17 times more people die in Ireland’s first wave?

A Stitch in Time…

By the time that the WHO finally acknowledged that yes, there could be human-to-human transmission and yes, this could be a very dangerous outbreak (the 22nd of January), Australia was in a precarious position. With so much Chinese traffic coming into the country, and with so little time to react, getting on top of the inevitable outbreak (there were no confirmed cases in Australia at the time) would require decisive action.

The day after the WHO’s announcement, Australia began screening passengers on flights from Wuhan. Two days later the Australian Department of Foreign Affairs and Trade raised its risk warning for China to Level 3: Reconsider your need to travel. Two days later it was raised again to its highest level, Level 4: Do not travel. Knowing that community transmission was likely occurring, Australia distributed 1 million protective masks from the national stockpile.

On the weekend of the 1st of February, Australia joined New Zealand in suspending all travel from the Chinese mainland. The policy came into effect on the 3rd of February – the same day that the WHO asked the world not to put travel restrictions on China.

Given such an inauspicious start, Australia did phenomenally well to restrain the first wave so quickly. The number of active cases peaked in early April at 5,000 but there were fewer than 1,000 cases by the end of the month. Had Australia not been so active in the final 10 days of January, the first wave could have been orders of magnitude worse.

Other than a few words of travel advice, the cancellation of Ireland’s rugby match against Italy on the 26th of February was the first major action taken by the government to protect the nation’s health. That decision came 6 weeks after international transmissibility of the virus was confirmed, and 4 weeks after the WHO had declared Covid-19 a Public Health Emergency of International Concern.

If the government’s response seems slow and totally inadequate, you must remember that for most of February, our medical experts told us that the risk to Ireland was low. They had been testing throughout the month and there had been not one positive result. It was possible that a few cases could appear, but we needn’t worry. Ireland had the same “advanced plans” and “comprehensive preparedness” that had protected the nation from SARS and MERS.

The reality is that by the 25th of February – having spent 4 weeks at the task – they had completed a grand total of 90 tests. According to the Tánaiste, Simon Coveney, the fact that 0.000018% of the population had tested negative for Covid-19 proved that Ireland remained “Covid-19 free”. To anyone with an ounce of common sense, the fact that we had completed so few tests would point them to the opposite conclusion: we had no idea how far the virus had spread. We weren’t even trying to find it.

Initially, passengers from China were informed about the disease and asked to present themselves if they believed they might be developing symptoms. This kind of screening is imprecise, and totally inadequate in response to such a pernicious adversary. Australia quickly updated the policy to suspend all travel from mainland China, and subsequently added suspensions to Iran (28th of February), South Korea (5th of March), and Italy (11th of March) before totally stopping all international travel on the 19th of March.

It’s important to remember that Australia was initially on the same path as Italy and the UK. This was a period where the outbreak could have gotten out of control, but the lagged effects of the travel restrictions, supported by the domestic lockdown, started to bring down the number of new cases.

According to Associate Professor Adam Kamradt-Scott of the University of Sydney, the border closure was an essential component of their response, “What it immediately did was eliminate more than two-thirds of the route of transmission by which the virus was being introduced.”

The Irish government showed no interest in this approach. They never tried to stop the virus getting into the population. Instead of using international policy to put Ireland into a protective bubble, the Irish government let the full force of the wave crash over the Irish people. Once they realized how serious it had become, they locked us down, put us in social distancing bubbles, and told us if we caught the virus, it was our own fault.

The only other governments in Europe that took the same approach to international travel restrictions were the UK and Belarus.

Australia and New Zealand coordinated their responses, especially in the early stages of the outbreak. Given that their societies are so deeply entwined, that was a sensible approach. They shared repatriation flights. They suspended travel from China and then Iran on the same days. When the time came to close their borders to the rest of the world, they did it on the same day too.

In closing their borders, were also suspending their Common Travel Area. I imagine it was an easy decision to make. Antipodeans have self-preservation in their DNA. They are practical minded people, and are less distracted by sacred cows. International travel increased the spread of the virus and neither government was willing to risk the public health. It was as simple as that.

I wish Ireland and the UK could have been so decisive and resolute. No doubt our leaders will look to make an excuse of the border, or blame the lack of cooperation on the UK (and perhaps their government would share similar sentiments about ours) but at the end of the day, it is the diplomat’s job to find workable solutions to difficult problems – regardless of who is sitting on the other side of the table. In that regard, both of our governments failed.

We must learn from Australia and New Zealand. They acted early, acted decisively, and acted in concert. Their policies were clear, effective, and enforced strictly. Their response should be a model of pandemic preparedness for the world. The next time a contagious virus is out of control (and it’s only a question of when) I hope Ireland and the UK can do the same.

Dermot Dorgan has spent 10 years in financial markets, including 6 years managing institutional portfolios in London, where was a quantitative analyst of institutional portfolios, focusing on interest rate and inflation risk. In his spare time, he advises third-level students on internships, graduate programs, and professional careers post-university, and has written a book on the graduate applications process. He writes in a personal capacity.

Dying to talk about dying – or another heavy hint to the elderly?