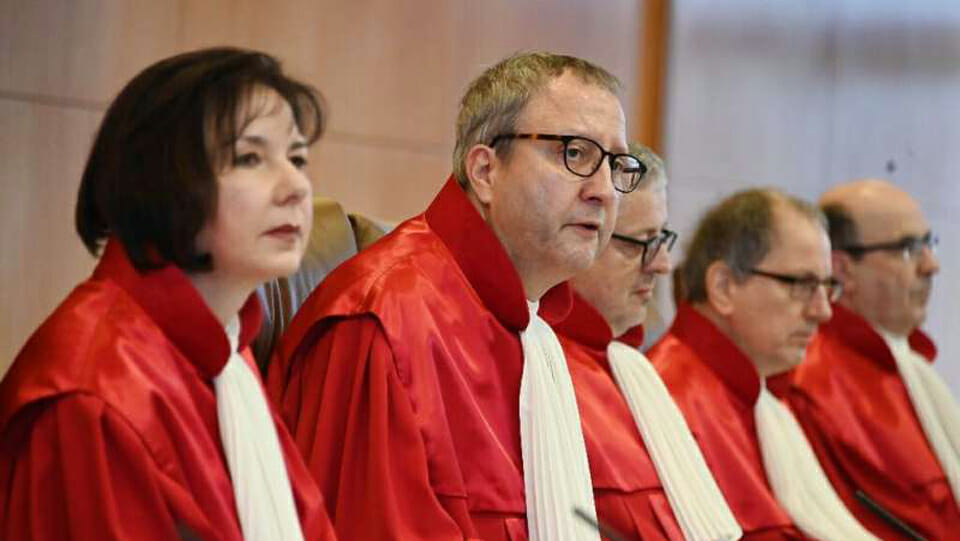 Members of Germany’s constitutional court give their ruling in Karlsruhe

Germany’s highest court has overturned a ban on assisted suicide, introduced in 2015, which was ‘supposed to prevent anyone offering assisted sucide as a commercial venture’ while excempting from punishment ‘relatives or doctors who helped a single patient to die on a one-off basis’; the German constitutional court ruled that the ban meant  those ‘offering assisted suicide to patients … faced up to three years in prison’; with assisted suicide now ‘fully legalised’, the ruling was welcomed by ‘palliative care doctor’ Matthias Thöns: ‘“This is a good judgment for people in desperate situations, who we can now treat according to our conscience”’ (‘Highest court in Germany reverses ban on assisted suicide’, Telegraph, February 27, 2020).

It is astonishing that a ‘palliative care doctor’ can see killing a patient as ‘treatment’ – and surely it is his job to ensure that patients are not ‘in desperate situations’? In Canada, the government is threatening hospices that their funding will be withdrawn if they refuse to kill patients, while in Belgium, a hospice has been threatened with paying compensation to the families of those who are given palliative care rather than this special ‘treatment’.  So much for respecting their conscience.

The new ruling ‘only allows doctors to prescribe patients drugs to help them die, but the patients must take the drugs themselves’; but how long before a new legal challenge is brought because those patients physically unable to take the ‘medicine’ are being placed at a disadvantage?

By that time, there will have been many killings of people who up till now have been cared for until their natural deaths, and ‘right to die’ campaigners accurately judge that familiarity will breed contempt for care given to those without reasonable prospect of recovery – it will be increasingly viewed as onerous and even cruel.

Strangely enough, while concern has been expressed about the resurgence of Nazism, memories seem to have failed when it comes to recalling the Nazi euthanasia programme for the sick and disabled; the ‘right to die’ campaign would argue that while the latter was compulsory, this is ‘voluntary’, but how much power does a disabled and/or elderly person have when they depend on others for their very lives?

Up until now, it has been expected that the strong would care for the weak, but if those who are meant to care stop caring, the weak might decide that they would be better off dead. The Nazis also portrayed killing the sick as a merciful act, but not even the Nazis thought of shifting responsibility to the victims by getting them to ask for it.