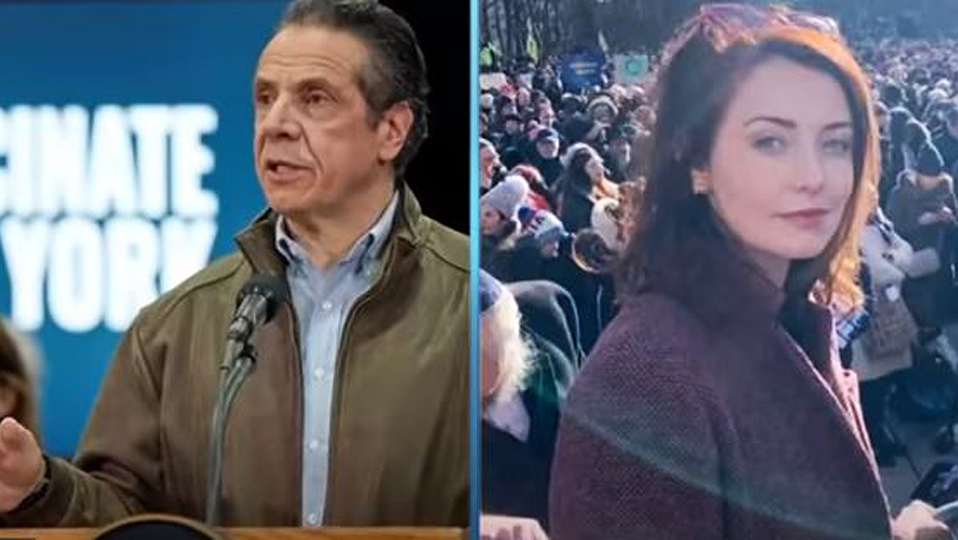 Gov. Andrew Cuomo has been accused of sexually harassing a former aide.

New York governor Andrew Cuomo is facing renewed criticism after he was accused of kissing his ex-aide without warning “on the lips”, and suggesting they play “strip poker” on a plane journey.

Lindsey Boylan made the allegations in an essay posted on Medium, detailing how she initially turned down a special advisor job promotion with the governor because she “didn’t want to be near him.”

She had tweeted late last year about being sexually harassed, a charge Cuomo denied, but the latest details have shed more light on the controversy.

Boylan, who is running as a Democratic candidate for Manahattan borough president, claims Cuomo kissed her without any warning in his office on Third Avenue.

“As I got up to leave and walk toward an open door, he stepped in front of me and kissed me on the lips. I was in shock, but I kept walking,” she explained.

Boylan resigned on September 26, 2018 as she was feeling “nauseous every day” at work after the incident.

The high-profile governor is also alleged to have said “Let’s play strip poker” to her when flying home from Western New York on his taxpayer-funded jet.

“That’s exactly what I was thinking,” she responded sarcastically and awkwardly, Boylan explains in the essay.

“I tried to play it cool. But in that moment, I realized just how acquiescent I had become.”

Cuomo was reportedly sitting face-to-face with his former aide when he made the comments in front of other staff on the flight.

“Andrew Cuomo abused his power as Governor to sexually harass me, just as he had done with so many other women,” Boylan wrote.

“Parts of a supposed confidential personnel file (which I’ve never seen) were leaked to the media in an effort to smear me. The Governor’s loyalists called around town, asking about me.

“They’d lose their jobs if they didn’t protect him. That’s how his administration works. I know because I was a part of it.”

Boylan also alleges Cuomo compared her to his ex-girlfriend, reportedly saying the pair “could be sisters” and that Boylan was “the better looking sister”.

“The Governor began calling me “Lisa” (his ex-girlfriend’s name) in front of colleagues. It was degrading.

“I had complained to friends that the Governor would go out of his way to touch me on my lower back, arms and legs.

“My relationship with his senior team — mostly women — grew hostile after I started speaking up for myself. I was reprimanded and told to get in line by his top aides, but I could no longer ignore it.”

How Cuomo deals with the allegations remains to be seen, but the news comes in a week of widespread anger at his reported cover-up of the total number of nursing home deaths in the state during the Covid-19 pandemic.

Senior aide Melissa DeRosa privately admitted to Democrats that the Cuomo administration hid the numbers out of fear that federal prosecutors would use the numbers “against us”.

She said Donald Trump had turned the question of fatalities into a “giant political football.”

“He starts tweeting that we killed everyone in nursing homes,” DeRosa explained on a call with lawmakers.

He also “directs the Department of Justice to do an investigation into us.”

“And basically, we froze,” she said.

The state order on March 25, 2020 to admit infected patients into nursing homes is said to be responsible for many of the 13,000 deaths that occurred among seniors.