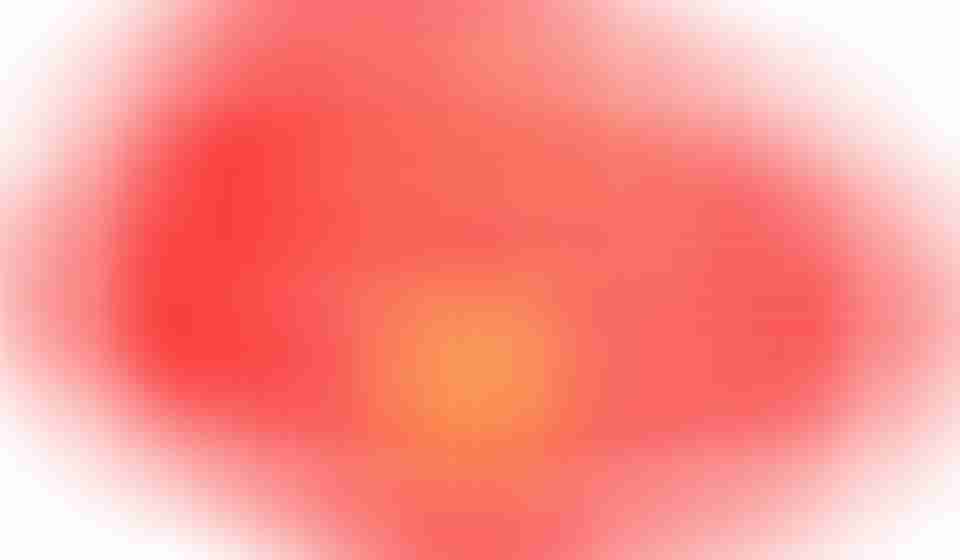 It is said that in a war the first casualty is truth. The world is at war today in a unique way. There is not a corner of the globe that has resisted the onslaught of the lethal, microscopic,viral army. We should be united, co-operating and we should certainly suspend ‘business as usual’ when it comes to politics.  And we should tell truth because when we don’t it is only a matter of time before we are found out and governments, especially at a time of suspension of basic liberties, need to maintain public trust at very least.

One of the striking things all along as been the efforts of the media to play politics very much as usual. So we get spin, the careful framing of both the narrative and the statistics in line with existing political biases.. It hardly needs to re-iterated how China from the beginning has tried to suppress the nature and threat of the new disease. Previous articles on this news site show how China’s political and economic interest, as well as the imperative to present a good face to the world, trumped the welfare of their own people and the world wide population.

This is hardly surprising from a totalitarian state under ‘strong man’ rule. What is a bit more surprising is the way our media and politicians are sucked into supporting the Chinese propaganda machine. The photograph of Leo Varadkar on the phone to the Chinese Prime Minister thanking him for the PPE supplies we are paying market rates for is one that will not be forgotten. I don’t believe the Taoiseach made this call because he felt usual protocols and courtesies demanded it. What actually led him to make this call, to announce he had made it with accompanying photographic proof and a report that he had used the opportunity to ‘commend’ the successful efforts of China in combating the disease will remain a matter of speculation for now.  If this assistance to the Chinese PR counter-offensive was deemed strategic and self-serving, then who can blame the Taoiseach? What remains to be seen is what else he committed our country to in his dealings with China at this time. Who knows what can be read into ‘continued co-operation between the two countries’.

President Xi was welcomed to Ireland in June 2017. Our human rights supporting president, Michael D. Higgins, who was too squemish to meet and greet the current US president, was happy to go along with the government’s wishes and receive him in Arus an Uachtarain.  Roll on to January 2019 and the Taoiseach’s visit to Ethiopia.  In keynote address, Leo Varadkar said, ‘ China is increasingly active in Africa. The present generation of leaders in Africa – there is a good chance they were educated in England and America. There is a possibility that the next generation of African leaders will have been educated in Beijing or Shanghai. And that is a geopolitical strategic risk for Europe’. One thing that we can say about Leo Varadkar is that he speaks to the purpose, to the politics of any given time, place or situation. Most politicians do to one extent or other but some swivel more noticeably than others. All things considered, the geo-political interest of the EU in Africa was not compromised by competing economic interests. So Leo Varadkar could preach high-minded, geo-politics to Africa for the benefit of the EU without economic cost. Back home we could continue to sup with the devil.  A case of ‘it’s the economy, stupid’.

This crisis has shown how close geo-political and economic interests are in the long run. Europe and the West in general has discovered that the proverbial long spoon rule was not observed in our own dealings with China. In this time of crisis, we find ourselves at the mercy of the ideologically alien country who visited the calamity on us to begin with. Given that Holland has found a 30% failure rate in covid-19 testing kits from China and Portugal has returned 600,000 defective masks, any country who wanted to ensure the safety of its people would do whatever it takes to ensure delivery of sound, life saving PPE equipment. We can just hope that it took clenched teeth for the Taoiseach to make that call to China’s Prime Minister.

However, it is not so easy to excuse the opportunistic political point scoring of our national media. Not only do they buy into the Chinese narrative, they miss no opportunity to show the US and UK in a bad light. The failure to look critically at and interrogate the data from the experts and the politicians who often mediate it to us should be their priority.  Instead they focus on manipulating figures to reflect poorly on the usual political punch bags. We get screaming, histrionic headlines such as ‘US death toll overtakes 9/11’. Indeed it does but then every ‘flu endemic, year in year out, does that too. It would make more sense to compare the ‘flu casualties with covid-19 casualties.  Winter ’17/’18 saw over 60,000 Americans succumb to the ‘flu. This is the kind of informed comparison we need to hear to give context to what we are now experiencing but the media still appear to think there are bigger fish to fry. For them, four more years of Donald Trump could be worse for humanity than covid-19.  Anyone who thinks like that should stop reporting on the pandemic.

People deserve better than the disingenuous playing around with figures and headlines. Hearing that the US has now more covid casualties than China, Italy or Spain is repeated without challenge ad nauseam.  What counts here is per capita ratio of infection, not ball park numbers. What might also be worth a mention is the mismatch between official dispatches from China and communications from private sources with contacts there. Might also be worth reminding people that the Wall St Journal, The New York Times and the Washington Post have all been banished from China since the Journal produced the headline, ‘China is the New Sick Man of Asia’ at the beginning of February. That began a series of tit for tat measures in restricting journalists in both countries. But it was China who started the cull on free speech. Its understanding of freedom of the press carried on their Dept of Foreign Affairs webpage is indeed revealing and should sound a cautionary note for those who value freedom of speech everywhere. It claims to support freedom to relay ‘facts’ but not ‘ideological bias’. There are people much less comfortably close who would have little issue with such a mantra.

Naked facts need the clothing of context.  It is indeed a fact that UK numbers of both covid-19 cases and deaths are very high compared to ours. But factor in the relative population sizes and you find that our infection rates are actually higher. We know Sweden and Holland are taking a different approach to us in combating the virus, one that relies on building up ‘herd immunity’ in tandem with protecting the aged and vulnerable. As of now, our levels of infection are more or less level with theirs. These are some of the issues that deserve discussion. We are paying a high price in social and economic terms for the strategy we are currently adopting. The psychological price is something we will know about later. We need to be convinced that it is worth it all for the sake of the common good.

We might also ask why we get so little detail or discussion on the age and health of those who fall victim to the virus? Giving a median age of casualties says nothing about the lower band. The public broadcaster seems to be working out of a ‘need to know’ policy, perhaps on the basis of government advice.  I imagine a lot of people would be interested to know a lot more about younger at risk groups and about the significance of ‘clusters’ in the pattern of transmission. As time goes on, this will be more and more important as public support depends on motivation and motivation depends on understanding the rationale behind the severe restrictions on our liberties and the jeopardy into which it places many livelihoods.

The politicizing of the World Health Organization is the most serious of all. The one country, Taiwan, whose early experience of the virus could have helped the world when WHO was still relying on Chinese disinformation, is not even allowed to be a member of the organization which is meant to be both global and above politics.  The current Ethiopian head of WHO is a Marxist and his selection was strongly supported by China. The politics involved here are very pertinent to the way the crisis is being handled and are too significant not be be raised even at this juncture.

To return to the intersection of geo-politics and economic expediency, the most positive news this week is that home-produced ventilators are coming on stream in both the UK and the US this weekend.  This news is getting little commentary, less still commendation here. It should be celebrated as a great first step in severing the Chinese umbilical supply line.  It was Trump who first ordered GM to switch from making cars to making ventilators. The UK was quickly on his heels. The BBC reported on a water sports equipment factory in the UK adapting their assembly like for the manufacture of underwater eye protection to the manufacture of visors for medical personnel. The same report showed a camping gear factory switching to the manufacture of scrubs suiting for doctors and nurses. A basic business like solution that protects both the businesses concerned and answers a pressing national need. But most interestingly such changes of commercial direction are perhaps also inadvertently mapping out changes in geo-politics too, ahead of politicians and governments.

Meanwhile in China, it is spin as usual. Their Dept. of Foreign Affairs is claiming that ‘very few domestic cases (of covid-19) were reported recently’. Our media could address the import of that word ‘domestic’. Are the covid-19 tainted testing kits arriving in Europe the result of ‘imported’ or ‘domestic’ infection?  People who returned China before they closed their borders were quarantined, were they not? A lot hangs on these questions for both the Chinese people and everybody else. 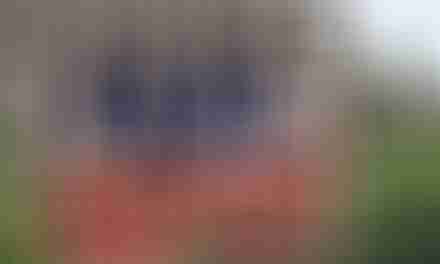 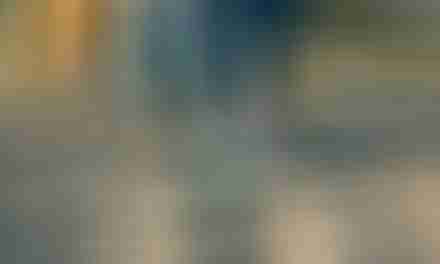 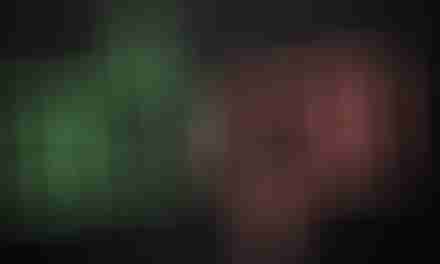 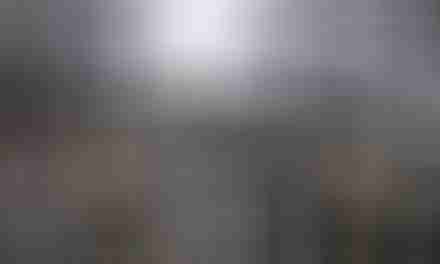