Covid caused a bigger decline in Catholic weddings than civil ones. Why? 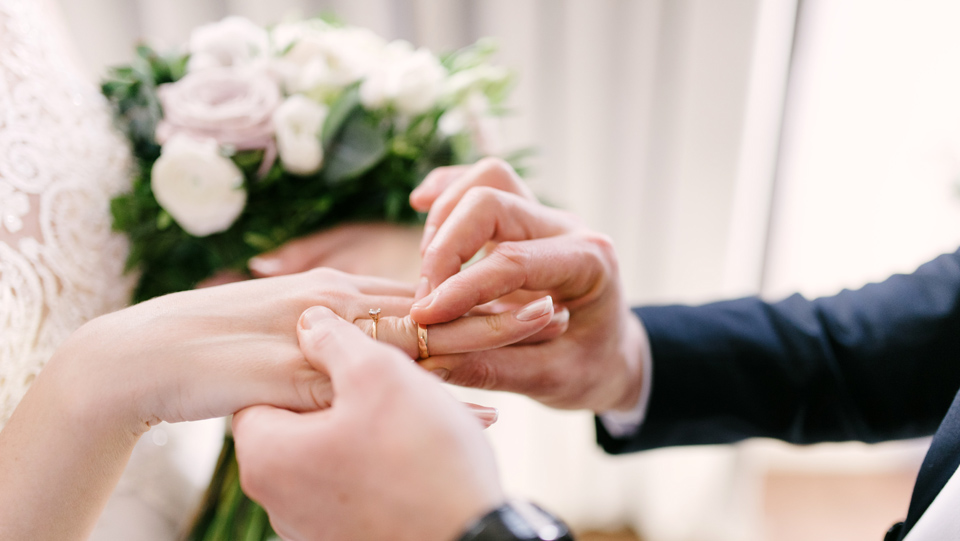 What effect did Covid-19 have on the number of weddings that took place in Ireland last year compared with 2019? As you can imagine, a very big effect. In fact, the figure halved, but the reduction in the amount of Catholic weddings was bigger than in the number of civil weddings. Why might that have been?

2020 has been an exceptional year because of the pandemic, and it would be pointless to compare the 2020 statistics with the previous year to infer some sort of trend, but it is interesting to analyse in details what has happened to avoid rush conclusions.

The 2020 opposite-sex marriage rate for 1,000 population was a mere 1.9. This figure was 4.7 in 2015 and 4.0 in 2019, and it means that less people are getting married. The rate has been constantly declining since the 1980s, particularly so in recent years, and it has now reached approximately the same level as in the UK.

While a general drop in the number of weddings was easily predictable, the fact that the number of civil weddings surpassed Catholic weddings for the first time certainly stood out.

While religious marriages overall were still slightly more frequent (50.2pc) than non-religious ones (49.8pc), civil ceremonies (3,779) were more popular than Catholic weddings (3,295) in the year of the pandemic.

Atheist Ireland claimed that these figures show that Ireland is no longer a Catholic country, but I am afraid they may be disappointed to discover that most likely not the case.

The reason for this temporary decline seems quite simple: of all weddings, civil ones are the least likely to be postponed. A closer look at the statistics will prove my point.

When we compare the distribution of marriages through the year, we see a sharp decline in April, May and June 2020, and another decline in November. December, instead of the traditional August, was the month with most weddings in 2020.

If we look at non-religious ceremonies, civil weddings went up from 31.6pc in 2019 to 42.1pc in 2020 while Humanist ceremonies went down from 9.4pc to 7.8 pc. The explanation is the same as above: civil marriages are the least likely to be postponed.

Spiritualist marriages also went down from 8pc of the total in 2019, to 6.7pc last year. These often take place in hotels and involve couples who don’t marry in a church but want a religious element to their wedding.

There is another important factor to consider.

First marriages went down 55.4pc in 2020, compared to the previous year. But marriages involving at least one divorced person went down by ‘only’ 41.8pc. This shows that those who are marrying for the first time were more likely to postpone their big day compared to those who were remarrying. And given that Catholic marriages generally do not involve someone who is divorced, this factor also contributed to the temporary decline of Catholic ceremonies in 2020.

In 2020 marriages were postponed for very practical reasons and, the more complex the ceremony, the more likely this happened.

This is not to say religious marriages are not declining in number anyway overall, but last year was unique for the reasons given above. 2021 is still an exceptional year but, as we will be back to normality, some anomalies that we saw in the 2020 figures will likely also disappear.