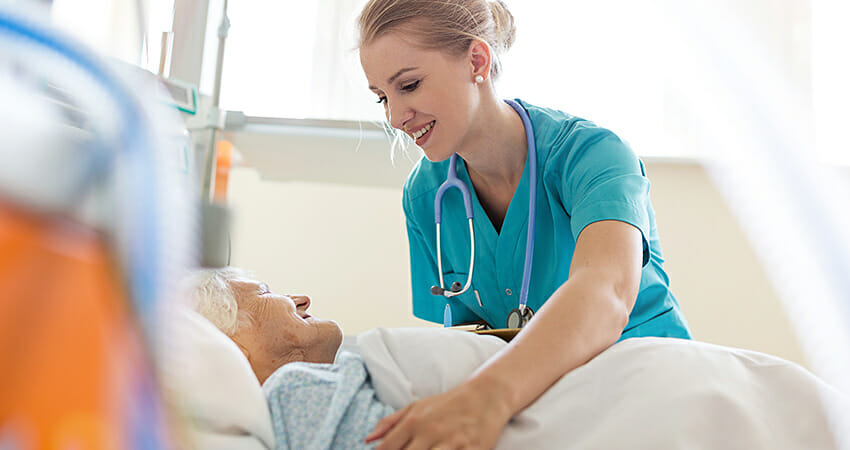 In the week before Easter, Life Institute (for which I am a spokeswoman) launched a campaign seeking to ensure older people would not be denied life-saving care in this crisis, because decisions regarding the allocation of critical care should never be based solely on age. Events since then have given fresh urgency to the initiative.

Disturbing reports had already emerged from some of the countries first hit hard by the coronavirus. A protocol for treating Covid-19 victims in Turin specifically excluded those aged 80 or more from having access to intensive care capacity if pressure on beds increased.  An Israeli doctor, Gai Peleg, who was working in Parma told Israel’s Channel 12 that staff had been ordered to restrict access to ventilators when patients were aged over 60. Similarly, according to Yahoo News, Spanish newspaper LaVanguardia, reported  that it was recommended medical staff did not use ventilators for patients older than 80.

In Ireland, most of the those suffering acutely and losing their lives to the coronavirus are older people. It is unthinkable that they would be denied critical care during the pandemic.

The Department of Health has issued ethical guidelines on this issue for medical practitioners, entitled “Ethical considerations relating to critical care in the context of COVID-19”. They appear to make it clear that no “single factor”, such as a person’s age “should be taken, in isolation, as a determining factor” regarding critical care.

However, despite this statement, some alarming cases are now also being reported in Ireland, which seem to indicate that the ethical guideline may not always be fully adhered to.

This week, The Sun claimed that some hospitals in the west of Ireland are using “a points system heavily weighted against the elderly to determine which patients should be sent to intensive care during the pandemic.” The newspaper reported  that it saw guidelines established by the Saolta Hospital Group which showed that anyone who scored more than eight points in the system should not be sent to ICU – but that patients over 80 were given seven points automatically.

Similarly, the Belfast Telegraph reported on what appears to be a most distressing case involving a 55-year old man with a disability who died after contracting Covid-19. The family of Vincent Macklin, from West Belfast, claim he died “after he was deemed not fit for a ventilator due to a physical disability” and say “they will never understand why his life was worth less than that of another”.

These cases, and pronouncements that doctors would be reluctant in general to refer residents of nursing homes to the ICU, have raised significant concerns. The most important ethical principle is that every life has value, and every human being deserves to be treated with dignity and compassion. Even before this crisis, we needed to guard against the creeping and insidious trend which makes negative value judgements about whether other human beings have ‘worthwhile’ lives.

Independent TD, Mattie McGrath, says the escalating situation in care homes means that “families of nursing home residents are living in genuine fear that their loved ones will not be taken to hospital in the event of them contracting Covid-19.”  He sought “absolute assurances” that  “older patients, including those with intellectual disabilities will receive the same kind of care and attention as other members of the population”.

Deputy McGrath said that the lack of assurances was “creating unimaginable levels of anxiety for family members, staff, and owners who genuinely feel that the delayed prioritisation of older people is going to have a devastating impact.”

That anxiety is completely understandable. What is peculiar is that the HSE and the government have not taken steps to give the assurances which would set minds at ease about the entitlement of older people and those with disabilities to critical care.

Minister Harris refused to amend the guidelines, turning down what seemed like a perfectly reasonable request – and also missing an important opportunity to reassure a significant and vulnerable section of society.

There is no escaping the conclusion that the government has made a series of devastating errors in relation to protecting older people in nursing homes during the Covid-19 pandemic. This has now led to the alarming situation where almost half of all deaths in Ireland associated with the coronavirus are in these care homes, while almost one-third of all nursing homes in the state have the virus.

Professor Jack Lambert, an infectious diseases specialist at the Mater hospital, has warned that the spread of the virus in nursing homes is “a catastrophe in the making” and says that, because of the number of infected staff in the centres, staffing is now a critical issue.

We need absolute clarity and reassurance that those most at risk during this pandemic – older people and those with disabilities – are not denied the life-saving care they need and that they are fully entitled to. Doctors will be in the unenviable position during this crisis of having to decide when the use of ventilators may cause significant distress without conferring real benefit. Clarity and reassurance from the Department of Health can assist them too in ensuring public trust in their clinical judgement in that very difficult role.

It needs to be made clear that no-one will be denied care simply because of their age or because they have a disability. The right to life of older people and those with disabilities during the pandemic must be affirmed and protected.