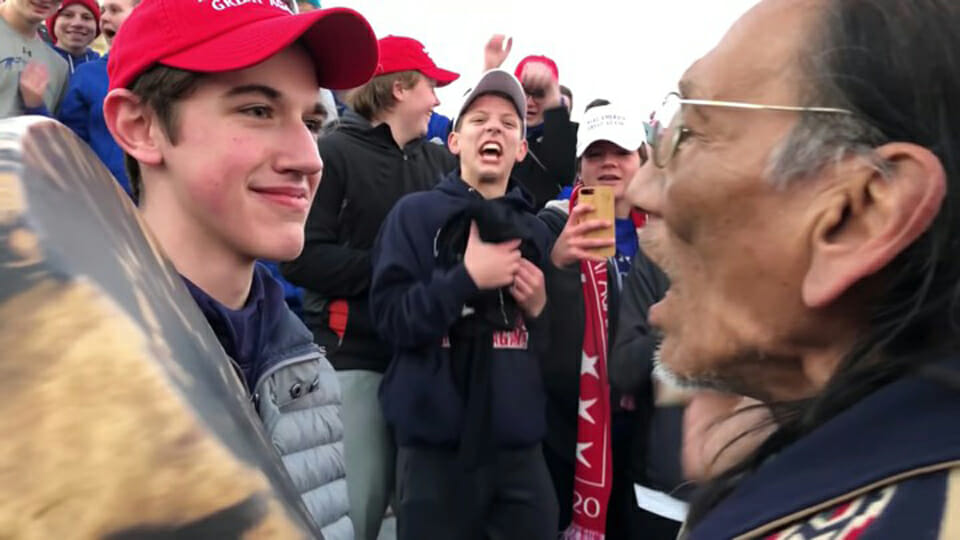 A case taken by a pro-life teenager who was subject to a deluge of fake news and defamation after the March for Life in Washington last year has been cleared to proceed a federal judge has ruled.

Nick Sandmann’s is taking a €275 million defamation suit against NBC Universal for their news coverage of him and his classmates at this year’s March for Life.

NBC and other media outlets claimed Sandmann and other boys from a Catholic school in Kentucky harassed Nathan Phillips, a Native American elder activist, outside the Lincoln Memorial.

However, additional video and eye-witness evidence soon revealed that Phillips waded into the group of boys waiting for a school bus, and proceeded to beat a drum inches from Sandmann’s face. The boys had been performing school cheers in hopes of drowning out racist taunts from members of the Black Hebrew Israelites fringe group who were also present at the memorial.

The incidence highlighted how keen the mainstream media were to demonise pro-life students without checking the facts. The boys received death threats and tweets wishing them harm from tens of thousands of people, including high-profile Hollywood producers and entertainers.

Commentators observed that the media had become the ‘fake news’ they so frequently complained about.

Now the various lawsuits have been launched on behalf of the boy, including this one against NBCUniversal. Attorneys representing Sandmann are seeking $275 million in damages for its role in feeding a “false narrative.” On Thursday, U.S. District Court Judge William Bertelsman dismissed some aspects of the suit but allowed discovery to proceed on the network’s coverage claiming that Sandmann “blocked” Phillips from leaving, the The Washington Times reported.

“The court finds that the statements that plaintiff ‘blocked’ Phillips or did not allow him to retreat, if false, meet the test of being libelous per se under the definition quoted above,” Bertelsman wrote.

Atheist group complains about Judge who gifted Bible to murderer