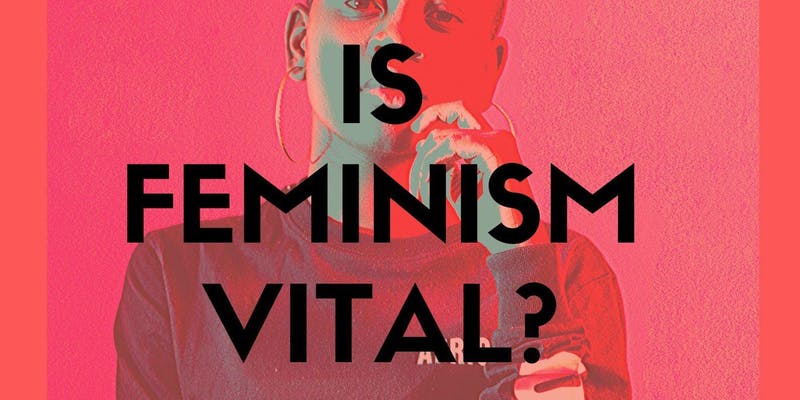 The final Compass event of 2019 is taking place on November 26th, and will involve a discussion around the title: ‘Is feminism vital in Ireland today?’

The panel-based discussion will be taking place in Buswell’s in Dublin city centre at 7pm, and features The Irish Independent journalist Barbara McCarthy, the independent Senator and academic Marie Louise O’Donnell and the commentator and barrister Maria Steen.

Speaking a week after the coverage of Equal Pay Day highlighted the serious difference in the average earnings of women and men, Edmund Burke Institute Director Gary Kavanagh said that he believed feminism was the perfect issue to finish 2019 with. “Compass and the Edmund Burke Institute have been very happy with how our discussions have gone this autumn,” Kavanagh said.
“We have attracted large and enthusiastic crowds who wanted to talk – and learn – about big issues such as free speech and the power of the state. Now we have assembled a panel including three of the most insightful and articulate women in Ireland to talk about issues like equal pay, whether gender quotas are needed and what the real challenges are for Irish women in 2019.”

Feminism is frequently discussed in the Irish media and in politics, as is the need for more women to be represented at the top of all sectors in society. However, Kavanagh said it was interesting that opinion polls in the United States and Britain showed that fewer than one in five young women actually self-identified as feminists. “There’s a clear discrepancy here, considering that Official Ireland views feminism as being the default position of all right-thinking people, both male and female. “During last year’s presidential election, five of the six candidates claimed to be ‘feminists,’ with Peter Casey being the only holdout to steer clear of that term. Feminism is embraced by our political class in about the same proportion as it is shunned by young women. Compass is about discussing what is going on in society, and something very interesting is clearly going on here.”

The event is already provoking discussion online, with the well-known blogger Rosemary McCabe criticising it, and drawing attention to Maria Steen’s participation.
But Kavanagh said he looks forward to hearing what panelists think, and where they differ. “In our last two events, we have had the pro-choice atheist Ian O’Doherty and the Catholic conservative Declan Ganley debating free speech and how our media operates. We have had John McGuirk and Jason O’Mahony arguing about euthanasia.

“But we have had these debates in a forum which prizes civility and in-depth discussions in which issues get properly teased out. “Our panelists each have very distinctive views and aren’t shy about defending them. That’s why we’re looking forward to the same sort of discussion on November 26th.”

Tickets for the event, which are priced at E5.85 online or E6 on the door, can be purchased here: https://www.eventbrite.ie/e/is-feminism-vital-in-ireland-today-tickets-81287666599