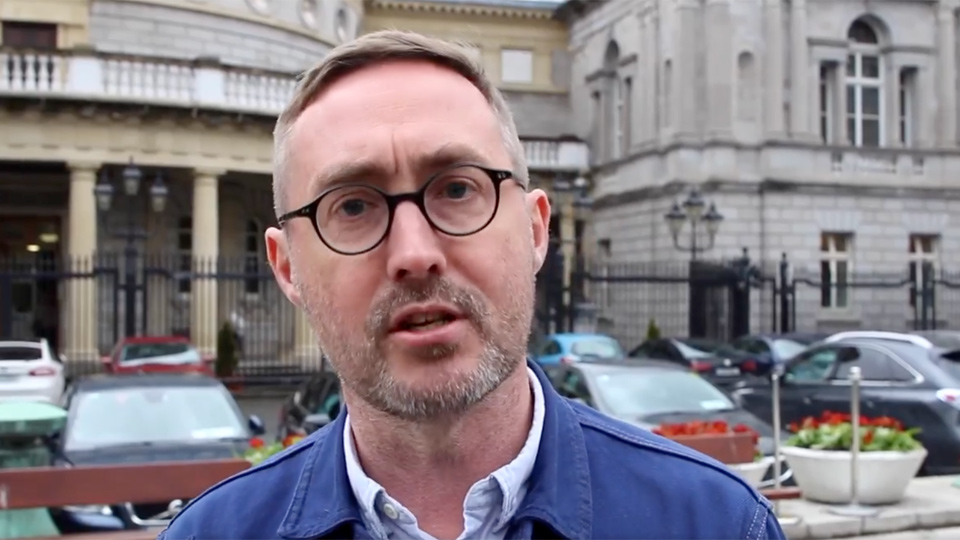 Absolute nonsense. But, probably popular nonsense. And it’s a Sinn Fein bill, so sheer, mindless, partisanship will mean that at least thirty per cent of the population will decide that it’s a great idea, just because it came from their team, even though it’s one of the most terrible ideas imaginable. Why? More on that in a second, but first, only fair to let you hear from the man himself:

The housing crisis hasn’t gone away. Housing need is greater than ever.

We need a new, rights based approach.

Now, that all sounds grand. Why is it nonsense?

First, in Ireland, constitutional rights aren’t all they’re cracked up to be. Here’s article 45 of the constitution:

“The principles of social policy set forth in this Article are intended for the general guidance of the Oireachtas. The application of those principles in the making of laws shall be the care of the Oireachtas exclusively, and shall not be cognisable by any Court under any of the provisions of this Constitution.”

So, when you insert a social policy right into the constitution, it’s not really a “right” at all. A “right” is something you can sue the Government over, if it is being denied to you. For example, if you believe a law breaches your constitutional right to free speech, then you can take the Government to the courts to attempt to have that law quashed.

But a right to housing would be a social policy right – and the constitution is very clear that those are essentially optional, and that the Courts cannot do anything about them, even if we think they are being breached. So effectively, O’Broin is proposing a referendum, with all the attendant effort and costs, to change absolutely nothing.

If such a referendum was to actually create a right to housing, it would have to also delete article 45, and replace it with wording that created a positive, enforceable, right to a home.

But of course, doing so would be an unbelievably terrible idea – for many reasons. The simplest one is this: It would create a right to a house for everybody.

Constitutional rights are not limited, of course, to the poor and the needy. If there’s an enforceable constitutional right to a home, then the firstborn son of a billionaire will have exactly the same right to sue the state for a free home as a homeless person would. The constitution is blind to wealth, and to status.

But of course, the justice system is not. Paradoxically, a rich person would have a much easier time vindicating their right to a free house than a poor person would, because they could afford the barristers and the lawyers.

“John”, you’re probably saying, “that’s nonsense”. “Why would a rich person be suing the state for a free house”?

And maybe it is – maybe people will continue to spend hundreds of thousands of euros buying their own homes when the state has a constitutional obligation to build and provide them with one for nothing.

But it’s not just rich people, is it? Constitutional rights also extend to criminals, and people who are a danger to society. Paedophiles and rapists would have the exact same constitutional right to a home, once they were released from prison, as Jim and Mary who can’t afford to get on the housing ladder. And the state would be obliged, in those circumstances, to provide them with an available home on the same basis as it would be obliged to provide a home to everyone else.

And what action could the courts take, if we actually created an enforceable right to housing for everyone, and it was being denied?

Imagine we had an evil right wing Government (which is every Government, according to Sinn Fein and the left) that was failing in its constitutional duty to provide housing. Imagine that Sinn Fein, or anybody else, successfully took a case against the state to compel the Government to build houses for the homeless, and it won. What would winning look like?

Such a Government could simply decide to move billions from the social welfare budget and pump it into housing. Politically, it wouldn’t be such a bad move either: “Sorry, we have to cut the dole and the children’s allowance, because Sinn Fein took a case that says we have to build houses for the lads coming out of Mountjoy”.

But, as noted above, there’s a certain kind of voter who’ll love it.