Churches set on fire in Chile 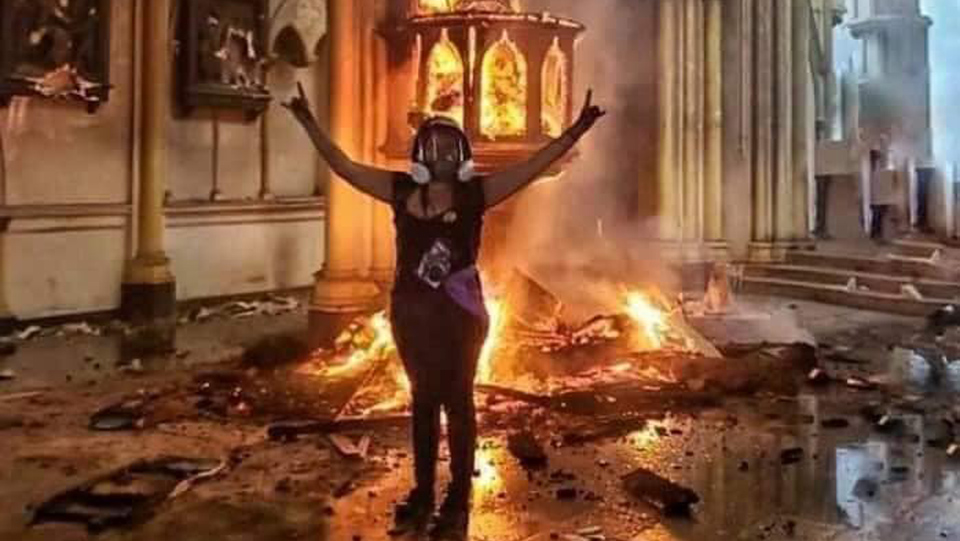 Several churches have been set on fire by groups of arsonists amid protests in the capital of Chile.

Protestors had gathered in Santiago to mark the one year anniversary of anti-government protests which took place last year with widespread rioting and robbery at the time, and reportedly causing the death of up to 30 people.

Catholic News Agency reports that a number of churches across Chile have been attacked and looted in recent times, and that St. Francis Borgia Church suffered serious damage in January after demonstrators first set fire to the church and then blocked firefighters trying to douse the flames.

Absolute chaos in Santiago – the church spire has come down in flames pic.twitter.com/FZHmrVCquy

And pointed to the church nearby also in flames

A second church (which had also been burned earlier) is on fire now, not far from the first pic.twitter.com/wA5OiXKJMa