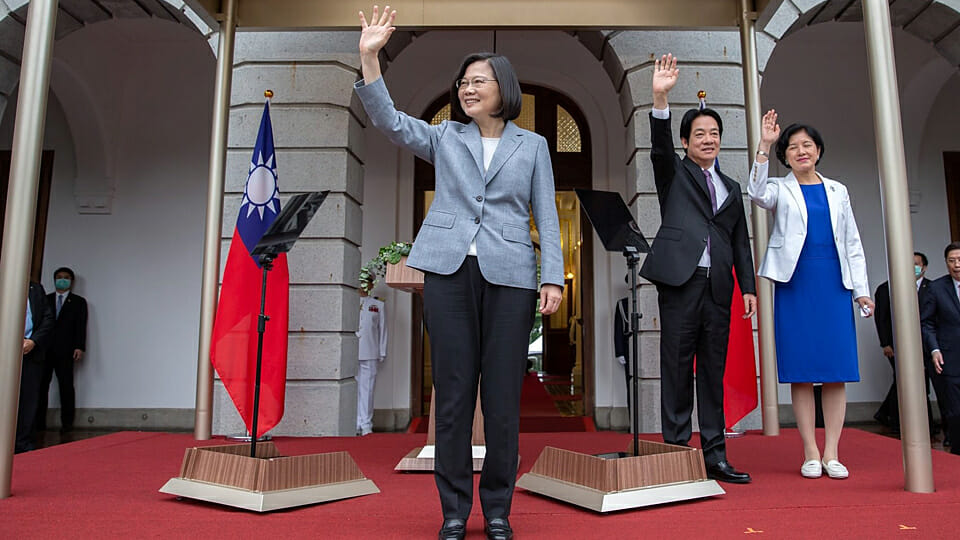 Brazilians are rushing to congratulate Taiwanese President Tsai Ing-wen on her democratic reelection following the leak of a letter, sent by the Chinese Embassy in Brazil to the Brazilian Chamber of Deputies, asking that “necessary preventive measures” are taken to ensure that Brazilian lawmakers did not celebrate, or even acknowledge, the President’s inauguration ceremony.

The document was leaked by Paulo Eduardo Martins, a journalist who currently serves as a Federal Deputy for Paraná in Brazil. Representative Martins said that the “Chinese dictatorship” had called for the “silence of Brazilian parliamentarians”, and that this request was “an affront.” He then passed his belated congratulations to the Taiwanese President on her inauguration.

His revelation laid to the creation of the #VivaTaiwan hashtag on twitter by Brazilians angry at what they saw as an attempt by China to control what they can and cannot say. The hashtag quickly became the most popular hashtag within Brazil and, with over 100,000 messages using the hashtag sent, one of the top trending hashtags on Twitter globally.

#VivaTaiwan is trending now. It comes from a leaked #Brazil official document sent from #China, which requires all Brazil officials not to congratulate #Taiwan president Tsai Ing-wen's reelection inauguration.
Welcome Brazil to join the #MilkTeaAlliancehttps://t.co/ED9UpeZEKw

Taiwanese President Tsai Ing-Wen, who was appointed to her second term as President on May 20th, responded to the flurry of support from Brazilians on Twitter by thanking them for their support and saying “Viva Taiwan. Viva Brazil.”

Thank you to all of our friends in #Brazil for your kind congratulations, and I hope you are all staying safe & healthy. #VivaTaiwan 🇹🇼 #VivaBrazil 🇧🇷

Below is the inaugural speech of President Tsai Ing-wen, given last week at the ceremony that Brazilian lawmakers were told to keep silent about, with English subtitles.

A translated version of the letter sent by the Chinese Embassy reads:

“The Embassy of the Republic of China regards the Chamber of Deputies with respect and has the honor to inform the following:

The principle of One China Only is the basic rule that governs international relations and a consensus universally recognized by the international community, being also the political base of the relations between China and the other countries of the world. The question of Taiwan is an internal matter in China and is directly related to the fundamental interests of the country.

The Chinese side appreciates the fact that the Chamber of Deputies has respected the One China Principle. On May 20 of the current year, the inauguration ceremony of Tsai ing-wen, local leader of Taiwan, China, will take place. I would be very grateful if the Chamber of Deputies, in the context of its commitment to the One China Principle, could take the necessary preventive measures with a view to making Members aware of the sensitivity of the Taiwan issue, avoiding gestures or attitudes that could be harmful to the One China Principle, how to participate in the aforementioned tenure, send congratulatory messages to the Taiwanese authorities, or maintain official contacts with them.

The Embassy of the People’s Republic of China takes this opportunity to reiterate to the Chamber of Deputies the assurances of its high esteem and consideration.

The Chamber of Deputies,