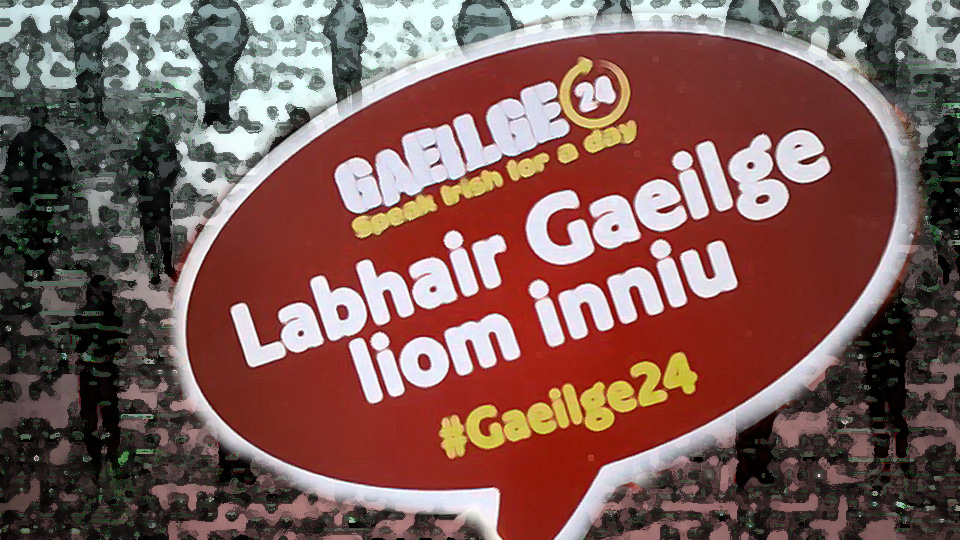 Irish is officially the first language of the State, but it rarely feels that’s actually the case.

Despite the fact that 40% of our citizens are able to speak Irish, while 21% of people, according to the last Census, speak Irish daily outside the education system, Gaeilge rarely seems to be afforded the respect it deserves from the authorities.

The respect is due not just because our language is rich and beautiful and central to who we are as a people, but because the Constitution specifies that Irish is the national language, and thus must be protected.

Despite the frequency of chatter about the decline of the use of Gaeilge, often ratched up by those who for some inexplicable reason seem to dislike their own language, most people in this country have positive feelings towards Irish. I speak Irish to my children, and I’ve lost track of the number of times I’ve been told by strangers in the shop or the park how lovely it is to hear it being spoken. People usually add that they wish they could speak it themselves, that they think Irish is a gorgeous language, and that they’d like to see it thrive.

Those attitudes are mirrored in the ESRI study of 2013 which found that 67 per cent of people in the Republic of Ireland felt positive about the Irish language. There’s a huge affection out there for Gaeilge – ár dteanga fhéin.

Arguments made against the language often centre around its ‘utility’, which to me misses the point entirely. Is poetry useful? Or kindness? How will listening to Mozart help you in your career path? Is a walk in the woods going to help you get that promotion? How useful something is shouldn’t be used as a measure of its importance.

There are, of course, many arguments to be made that learning as Gaeilge is, in fact, useful and that speaking more languages seems to boost other educational outcomes. But, to me, that’s not the real reason to teach and conserve Gaeilge.

Instead we instinctively know this ancient language resonates deep inside us, part of our DNA memories rooted in a culture going back thousands of years. It’s the soundscape that’s often stirred when an unfamiliar word is heard, as if Gaeilge is something to be awoken rather than relearned.

But the ESRI research did point to another interesting finding – that many people who speak Irish find they don’t always have opportunities to use the language. That’s a significant problem for policymakers and educators.

It makes the weary familiarity of the experience of  Fangzhe Qiu and Lijing Peng all the more irksome.

The Irish Times reports that when the couple applied for citizenship in Irish, their application was returned and they were told to reapply through English.

Three years ago, Ms Peng secured her new work permit after her husband wrote to the Department of Employment in Irish to complain about delays in the process. “My permit was approved within a week and since then we naturally thought using Irish would be a way to dodge the slow application process.”

The couple also have a “special affection for and attachment to the Irish language”, said Ms Peng. “Fangzhe is a committed scholar of old Irish and our son has been in a Gaelscoil for six years and will hopefully grow up to become one in a new generation of native Irish speakers.”

“It’s not just about the delay, it’s the attitude towards the Irish language,” added Mr Qiu, who has conducted all correspondence with Government officials on this topic through Irish. “People are being discriminated against without these developments.”

In December, three months after applying, the couple’s passports were sent back. On March 1st, they learned their submission had been declined because the Irish form was not up to date and told they needed to reapply using the latest English language documents.

It’s about priorities, isn’t it? How long does it take to bring a form ‘up to date’, for heaven’s sake? The distinct impression is that the Irish language is very low on the list of everything for the State, including the simple task of updating a form.

The couple eventually received an apology and a clarification they could apply through Irish but only after making a fuss – and they were still told to wait until the end of April to get the new form.

Meanwhile, manufacturing company Randox had to apologise this week, after issuing a memo telling “all staff” in the Gaeltacht of An Clochán Liath (Dungloe) to speak in English at “all times”.

“You must be mindful that work colleagues can feel isolated and excluded if you are speaking a different language around them. English must be spoken at all times in the workplace, whether you are discussing work or having a casual conversation with a fellow staff member,” it said.

“To facilitate effective communication between everyone within the company, locally and globally, it is essential that all staff in (blanked out) communicate, both written and verbally, in English at all times. Failing to do so is not acceptable”.

Randox received financial support from Údarás na Gaeltachta to establish the plant in 2008. Now they were issuing orders against the use of Irish that felt like a modern version of a bata scór.

The company has said that the memo was sent “in error and has now been withdrawn”. But as with the Department’s inexplicable inability to print a form, you’d wonder why it arose in the first place.

Irish language rights activists will find all this depressingly familiar – the endless struggle to get every small thing made available: the insinuation that you are a nuisance and a contrarian, who would make life easier for everyone if you just filled in the form/application/tax return as Béarla like everyone else.

Then Irish could just be an old language some people still like to speak rather than the official language of the State with all those supposed protections and supports.

We should resist any slow drift towards that outcome – killing the language with indifference, neglect and sometimes open contempt.

Labour Party: We must help boys with the cost of menstruation