China is guilty of genocide. When will Ireland acknowledge that? 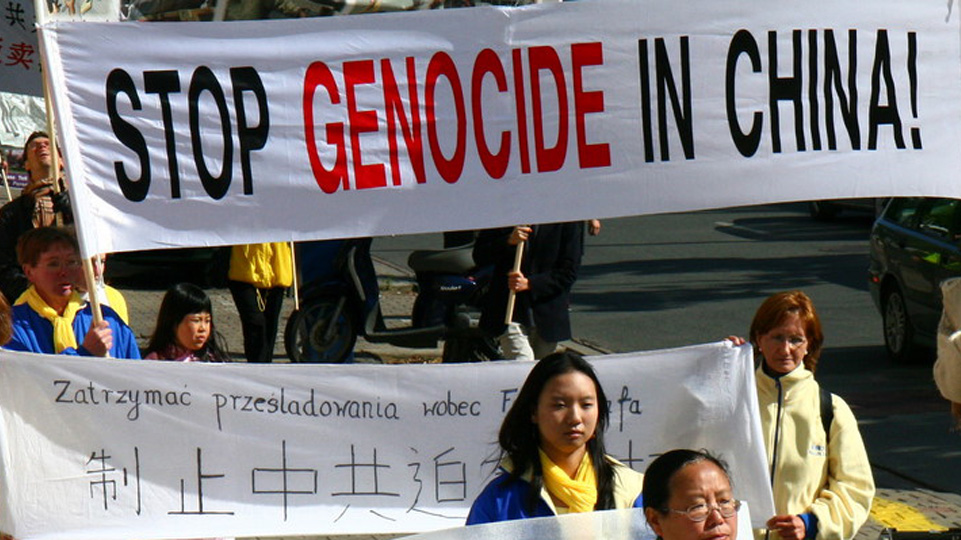 On March 8, the Newlines Institute for Strategy and Policy published a comprehensive report whose title speaks for itself: The Uyghur Genocide: An Examination of China’s Breaches of the 1948 Genocide Convention.

The report arrives at the same conclusion as the former Trump administration and states that China’s treatment of the Uyghurs meets all of the UN criteria which define genocide, including the “intent to destroy” an entire people with the approval of the relevant state authorities, in this instance the one party state ruled since 1949 by the Chinese Communist Party.

Some of the measures employed to that end include mass internment, birth prevention through forced abortion and sterilization, the transfer of Uyghur children to party controlled “educational” institutions, the eradication of Uyghur culture through the detention and murder of religious and intellectual leaders, and the destruction of all manifestations of that culture in literature, Islamic sites and libraries. These measures are reinforced by the systematic enslavement and murder of persons whose only offence is their ethnicity.

As the report finds: “The ongoing genocide against the Uyghurs is a logical result of a series of sequential and cumulative acts by the Chinese authorities, evolving from the collection of biometric data of Uyghur residents, to the assignment of party cadre teams to monitor Uyghur families, to the destruction of Uyghur cultural and religious sites, language, literature, and poetry—all the foundations of Uyghur life and identity —to the criminalization of Uyghur religious practices, the construction and expansion of internment camps and detention facilities across every populated area of the region, the cycles of mass Uyghur internment and forced labor, to systematic forced abortions and the sterilization of Uyghur women of childbearing age, widespread rape and sexual abuse, and the forcible separation of Uyghur children from their disappeared parents.” (p10)

As was the case in Tibet since 1949, the Chinese Communist Party has systematically displaced the Uyghur population with those of Han ethnicity, which by the 1980s had increased from 6% to over 50% of the population in the Xinjiang Autonomous Region where most of the Uyghur people live. Like the Soviet annexations of the Baltics and Asian regions, this was supposed to be a self-administered part of a Republic of equal states.

The depiction of the Uyghurs is similar to that employed by the Nazis against the Jews and Slavs, and by the Stalinists against the Tartars, Chechens and others selected for liquidation on racial or class criteria. According to the Chinese Communists, the Uyghurs are “tumours”, “backward”, “anti-human, anti-society and anti-civilization.” One woman who was raped and tortured with an electric prod was told that “you don’t look like a human.” (p18.)

As was the case with the Tibetans, and as indeed still accounts for their virtual erasure from the ledger of those fit for international sympathy and outrage, the Uyghur genocide is ignored or suppressed by most of the usual Care Bear left, sometimes on the same despicable grounds that they like the Tibetans are a people hopelessly lost to feudal obscurantism and a hostile element in the glorious project of building “socialism”.

For the less ideologically inclined, there is always the lure of vast amounts of money to be accessed through collaboration in what the Ireland China Institute describes as “President Xi Jinping’s great $7 trillion achievement.”

The report, compiled by an impressive team of experts and meticulously referenced to individual accounts and the entire literature including the Chinese state’s own official pronouncements, forensically charts the development and practise of the genocide. There can be little room for doubt regarding either the scale or the horror of what is taking place.

Which raises the question of the complicity of the European Union, and of most western states with some honourable exceptions – and also many of the large financial, technological and other economic institutions in China’s Belt and Road Initiative.

How many contracts to build dystopian new cities, how many web summits, how many university grants, how many political donations justify silence in the face of genocide?

Will our Government – which seems reluctant even to raise the outrageous treatment of Irish citizen Richard O’Halloran – make a stand?

Will former Taoisigh Enda Kenny and Brian Cowen and former Tánaiste Ruairi Quinn who are on the board of the Ireland China Institute speak out? What about the other leading lights in the Institute or those involved in the Confucius Institute which has been described as part of the Chinese Communist Party’s apparatus outside China?

The Irish people are besmirched by associations with those who are, in full view of the world, carrying out genocide. History will recall the defenders, fellow travellers and compradors of the Chinese Communist Party who chose not to hold them to account for their monstrous totalitarianism

Can the US Government end Google’s reign as ‘monopoly gatekeeper’ of the internet?

Covid: the pandemic has made the rich richer – but equivalent of 255 million jobs lost