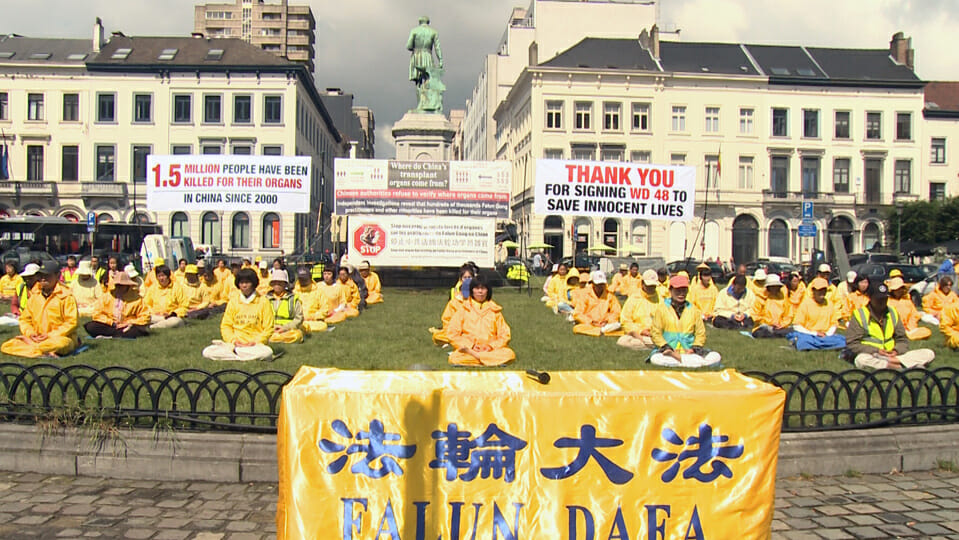 Nadine Maenza, vice chair of the United States Commission on International Religious Freedom, a non-partisan organisation which works to protect religious freedom across the globe, has said that China is harvesting the organs of political and religious prisoners to treat COVID-19.

China's state-run media have touted double lung transplants for #CCPvirus patients. But "the only way" the organs could be obtained so quickly is if they're from prisoners, esp. religious prisoners, says @USCIRF's @nadinemaenza.#ATL🇺🇸 pic.twitter.com/PdwDdiwiIK

According to the Global Times, a newspaper published by the Chinese Communist Party, doctors in China completed the world’s first double-lung transplant on a COVID-19 patient on the 28th of February, and since then it appears China has continued to carry out these transplants on COVID-19 patients.

The patient who recieved the transplant on the 28th of February had been told they had only days to live having suffered irreparable damage to their lungs from COVID-19, but within 5 days a matching ‘brain dead’ donor had been found and the lungs sent to them by high-speed rail.

Experts have said that the likelihood of finding a donor within 5 days, who was a match for the patient, had healthy lungs, was a non-smoker, had just died, and had consented to donating their organs would be highlight unlikely given China only has about 1.35 million donors out of a population of 1.4 billion.

China has long been associated with the forcible harvesting of organs from prisoners, with experts estimating 60-90,000 transplants take place in China each year, although official figures say only 10-20,000 transplants take place each year. In 2015, after international pressure, China announced that it would ban forced organ harvesting from prisoners and rely entirely on voluntary donors.

In November of 2019 a study published in the BioMed Central’s research journal BMC Medical Ethics noted that the official organ transplant date provided by China aligned “almost precisely to a mathematical formula” and that “a variety of evidence points to what the authors believe can only be plausibly explained by systematic falsification and manipulation of official organ transplant datasets in China. Some apparently non-voluntary donors also appear to be misclassified as voluntary. This takes place alongside genuine voluntary organ transplant activity, which is often incentivized by large cash payments”.

In early March of this year, the independent China Tribunal, which sat in London, said that there was “no evidence that the significant infrastructure associated with China’s transplantation industry has been dismantled” and “absent a satisfactory explanation as to the source of readily available organs concludes that forced organ harvesting continues till today”.

Ethan Gutmann, a human rights investigation who had previously worked in China, testified to the China Tribunal that “literally every Uyghur man, woman, and child – about 15 million people – have been blood and DNA tested, and that blood testing is compatible with tissue matching”. Gutmann told the Tribunal that, by his estimates, between 2000-2008 65,000 Falun Gong practitioners and 2-4,000 Christian, Uyghurs, and Tibetans were “harvested”.

Gutmann ended his statement by saying “Having seen a glimpse into what I can only describe as a real-life hell, I cannot un-see it. And given Beijing’s determination to continue this medical practice, I will likely continue my work on this ongoing human rights catastrophe, this cold genocide – call it what you will – until the end of my life”.

Maenza made the comments during an interview with The Epoch Times, a news organisation associated with the Falun Gong, a Chinese spiritual movement that has been suppressed by the Chinese Communist Party since the 1990s. Falun Gong prisoners within China were described as “one – and probably the main – source of organ supply” by the China Tribunal.

The full interview can be found HERE.

The final report of the China Tribunal can be found HERE.

G7 caves to China over name of Wuhan Coronavirus