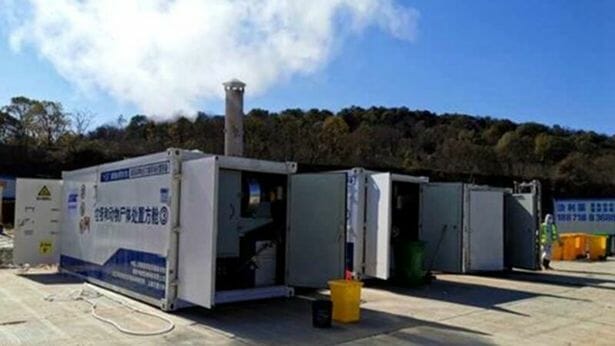 China has expelled three Beijing-based Wall Street Journal staff from the country after the paper printed an op-ed headline which authorities there deemed “racist”.

The February 3 op-ed was titled “China Is The Real Sick Man of Asia”, “sick man of Asia” being an allegedly humiliating term referring to the 19th century plundering of the country by foreign powers.

The article, written by foreign-affairs academic Walter Russel Mead, focused on the prospects of a Chinese economic downfall following the outbreak of the coronavirus.

William Lewis, CEO of Dow Jones and publisher of the WSJ, defended the three journalists,  saying the opinion piece “was published independently from the WSJ newsroom and none of the journalists being expelled had any involvement with it.”

“We enforce a complete separation between our News and Opinion departments,” he said.

Separately, Chinese state media is reporting that 40 mobile furnaces typically used for burning animal carcasses and medical waste have been sent to Wuhan, the epicentre of the coronavirus outbreak.

The news has increased fears that the death-toll is being covered up by authorities, with locals questioning the need for incinerators since animals have not been widely infected.

While some Chinese media outlets have claimed the mobile cabins will only incinerate medical waste, a number of experts have speculated they will be used for dead bodies.

According to reports, the incinerators are able to burn up to five tonnes of waste per day – burning one load in as little as two seconds. The units are the size of a standard shipping container and have a volume of 30 cubic meters. They are reportedly able to crush solid waste, incinerate it, and then ‘purify the smoke.’

The coronavirus, officially called COVID-19, has infected over 75,000 people globally and killed at least 2,120 victims.

Japan says that WHO should start calling itself the Chinese Health Organisation.