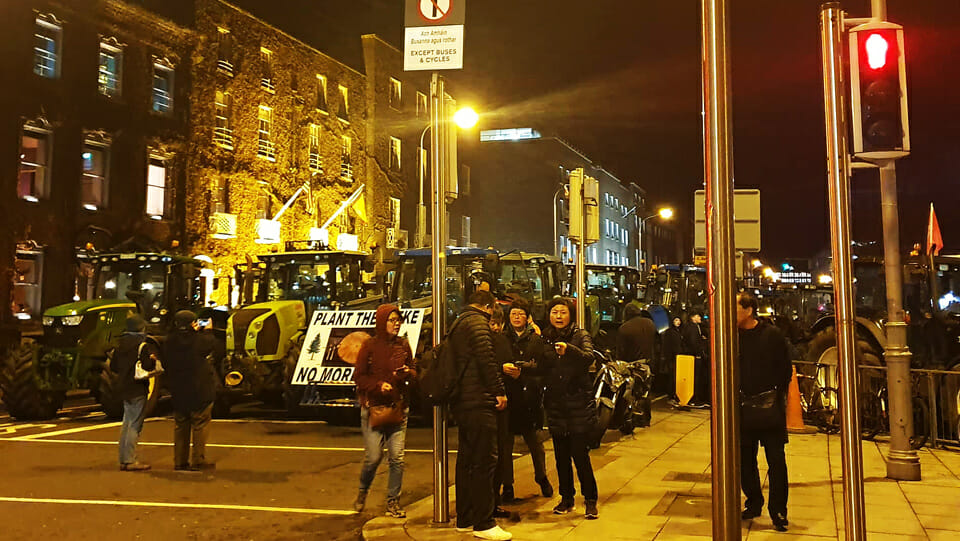 A farmers’ protest in Dublin has called for reinforcements as the demonstration in the city centre enters its second day.

The protest saw tractors and farmers block roads in and around Leinster House last night, and some farmers call for ‘thousands of tractors’ to join the disruption, which may extend to the M50.

Farmers say they are in crisis with beef prices at rock bottom and farmers being asked to shoulder an unfair proportion of a carbon tax.

#Dublin finding out what " Park it like your late for Mass " means #westcork #farmersprotest pic.twitter.com/JzXZ3R7NxP

Elsewhere, Merrion Square South and East, and Merrion Street Upper are also closed and Dublin Bus has advised of a number of diversions.

The farmers are demanding a meeting with Agriculture Minister Michael Creed to discuss the crisis.

Fine Gael TD: I went to the hospital, and oh boy, someone should fix that